Stadio San Paolo provides the setting for the Reds’ first away game of the European campaign, as Klopp’s side look to build on their 3-2 victory over PSG at Anfield.

Liverpool have not been in Naples since their 0-0 draw under Roy Hodgson back in 2010, when the likes of Paul Konchesky, Christian Poulsen and David N’Gog struggled in the Europa League.

This time out, they are a significantly improved side, with Klopp showcasing the strength of his squad as he makes one change from Saturday’s 1-1 draw at Chelsea.

Alisson keeps his place in goal a day after his 26th birthday, returning to the field in Italy having left Roma in July.

The Brazil will call upon a back four of Trent Alexander-Arnold, Joe Gomez, Virgil van Dijk and Andy Robertson, providing Klopp with his best defence.

In midfield, Georginio Wijnaldum takes up the No. 6 role, interchanging with James Milner and Naby Keita.

Klopp also has the likes of Fabinho, Xherdan Shaqiri and Daniel Sturridge on the substitutes’ bench, as Liverpool aim to cement their place at the top of Group C. 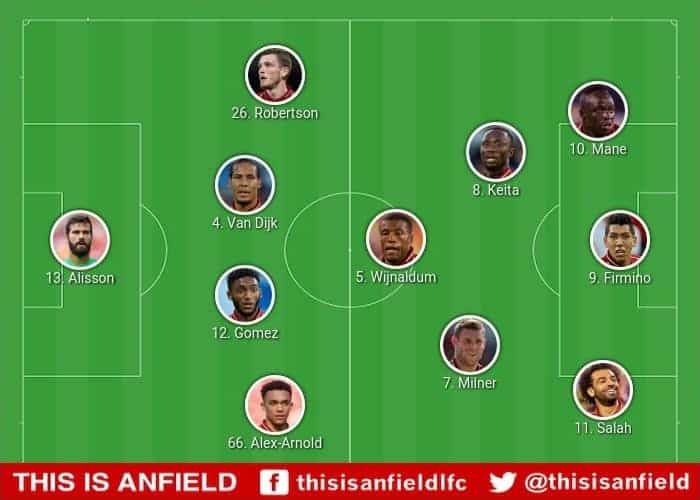