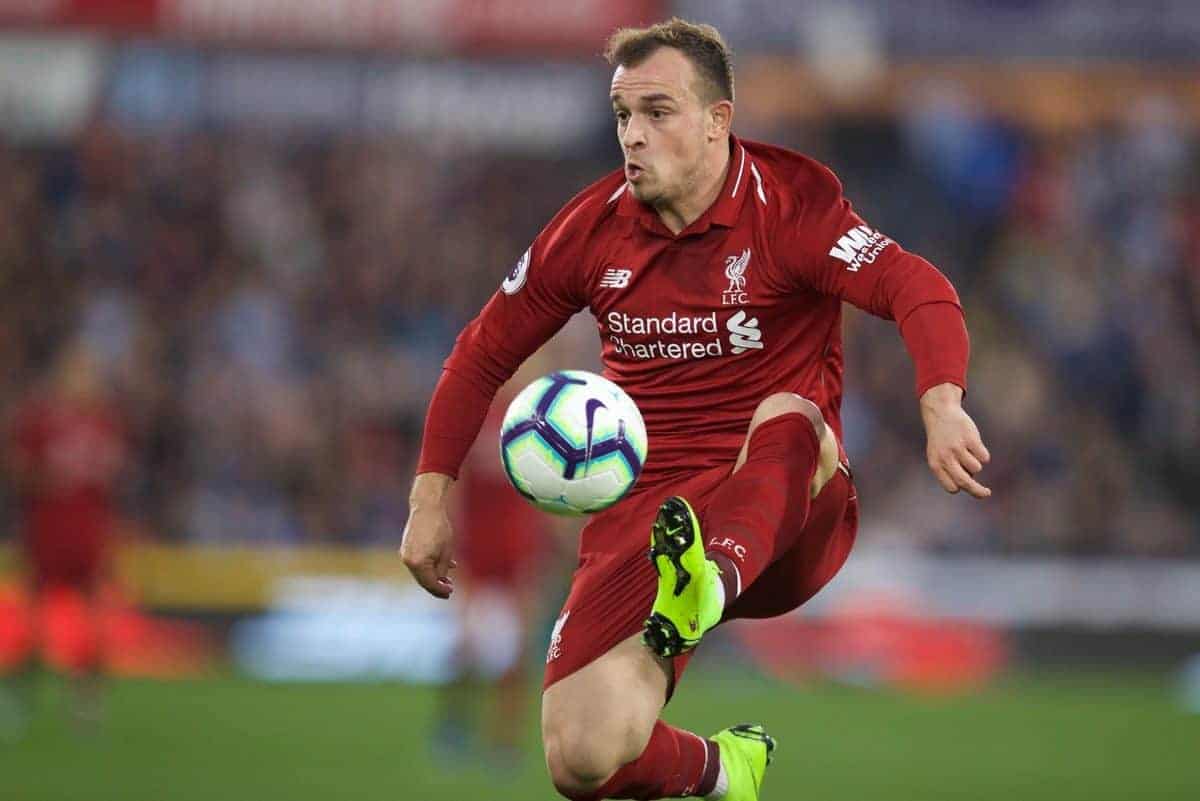 Jurgen Klopp concluded that he would “expect us to do better” as a hit-and-miss display saw Liverpool scrape a 1-0 win at Huddersfield Town on Saturday.

The Reds headed to the John Smith’s Stadium safe in the knowledge that a victory would see them move ahead of Chelsea into second, after the Blues’ 2-2 draw with Man United.

But the pressure was on after Man City‘s convincing 5-0 thrashing of Burnley, and this was compounded as their hosts produced a stern display.

A goal from Mohamed Salah and some luck in the defensive third was enough to seal the three points, however, with the likes of Joe Gomez and Virgil van Dijk standing out.

Xherdan Shaqiri was arguably Man of the Match as he kept up his performance levels in a variety of roles, but the likes of Daniel Sturridge and Adam Lallana were less fluent in attack.

But what did journalists and statisticians make of Liverpool’s seventh league win? 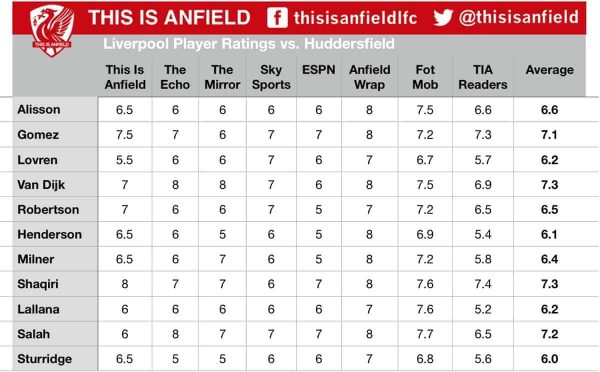 It should perhaps come as no surprise that, in a game when Liverpool sealed their best-ever defensive record at this stage of the season, Van Dijk (7.3) was rated joint-highest.

The Dutchman returned from international duty early due to a persistent rib complaint, but is now fully recovered and produced a display that only ESPN’s Glenn Price deemed below a seven-out-of-10.

Alongside him is Shaqiri (7.3) and, just behind, match-winner Salah (7.2), though interestingly, the No. 23 was the only one of the trio to be rated highly by our readers.

Gomez (7.1) also ranked favourably with journalists and supporters alike, and the Liverpool Echo‘s Ian Doyle praised how he “defended solidly” and was “impressive going forward.”

Strangely, though Dejan Lovren (6.3) averaged the fourth-lowest rating, he was given the Man of the Match award by Sky Sports, who in turn only deemed Shaqiri a six-out-of-10.

Sturridge (6.0) was ranked the worst performer, with the Mirror‘s Mark Jones labelling his first 90 minutes in the league in over a year as “one of his frustrating games.”

The Reds were largely impressive in a statistical sense, with Salah the standout, having had the most shots on goal (four), including his winning effort.

Van Dijk was also rated highly, winning seven aerial duels—the most of any player—and making nine clearances—second only to Lovren (10).

Notably, Sturridge created more chances than any other player (three), but he did not impress FotMob, who rated Shaqiri and Lallana both considerably higher.

That trio were Klopp’s three changes when he named his starting lineup in West Yorkshire, and as Liverpool take Red Star Belgrade in the Champions League on Wednesday, it remains to be seen if any keep their place.