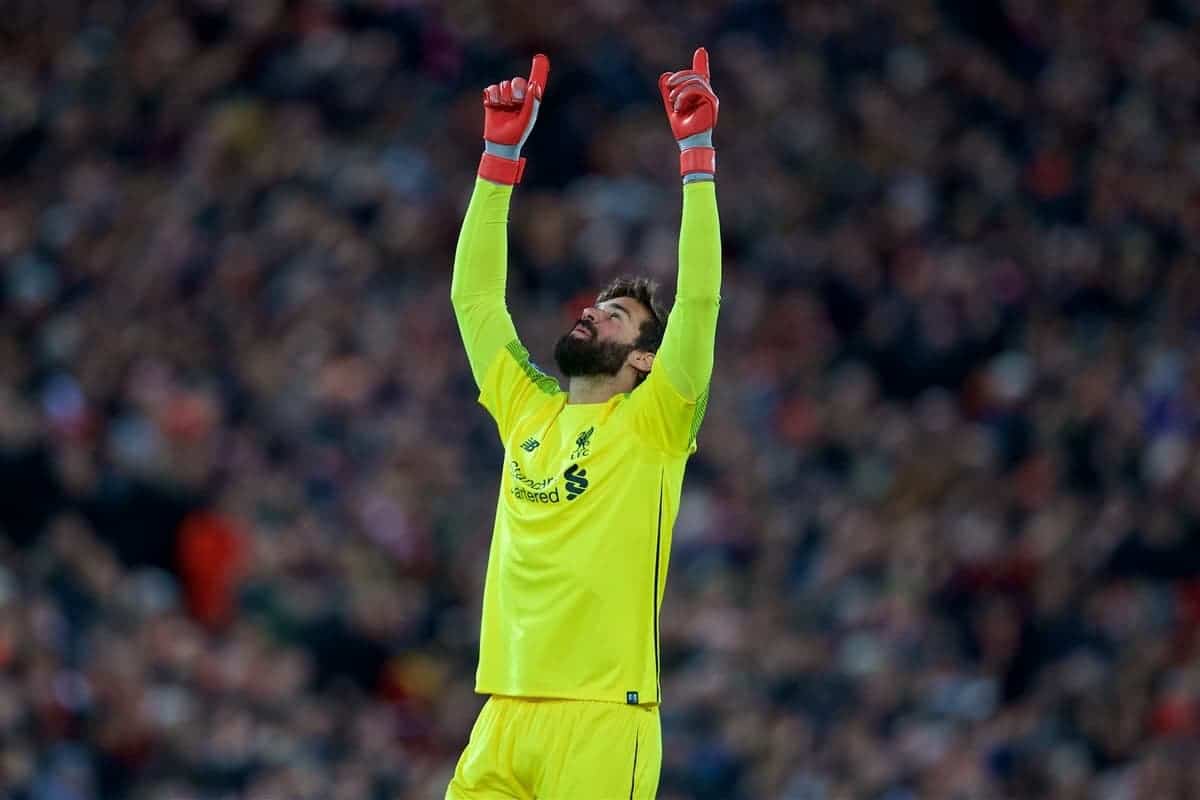 A rampant performance saw Liverpool clinch a valuable 4-0 victory over Red Star in the Champions League, and fans were happy to see the Reds find their fluency.

A dominant display saw Liverpool back in the goals at Anfield as they claimed three valuable points in the Champions League to catapult them to the top of Group C.

The Reds’ front three were all in on the action as Jurgen Klopp’s chargers put a slow start to proceedings behind them to emphatically send Red Star back to Serbia with little to cling to ahead of the return leg.

Fans were impressed as Shaqiri and Fabinho flexed their muscles…

Shaqiri has been an absolute livewire, adding the creative dynamism Liverpool have lacked in recent weeks. Perfectly weighted, eye of the needle pass for the 1st and a stunning set off for Salah for the 2nd. A performance of the highest order.

Anfield rightly full of appreciation for Xherdan Shaqiri's display, which was packed with awareness and invention. He has the desire to make things happen and the confidence and talent to execute his vision.

Can't be stated enough: a bargain#LFC

”What a signing Shaqiri has been, wow. Now he needs to play in that atm all the time because without him we’ve been struggling in attack. Fabinho has been impressive as well.”

Big fan of Fabinho sliding all over the show but the real difference he's made to the midfield is just how progressive he is when on the ball.

Excellent half from two new signings, Fabinho and Shaqiri. Really impressive from both.

Plus signs of that fluency returning in the final third. Happy days.

Getting to the point where I want Liverpool to give the ball away so we can see Fabinho make another tackle.

“I’m loving Fabinho and Shaqiri playing in the midfield. That creativity that Shaqiri offers is exactly what was missing for us.

“Lazy start to the game by Liverpool though, but this formation might be better for us in the longer run.”

Fabinho MOTM for me- what a performance. Quality of opposition a factor, but he was absolutely terrific both on and off the ball. Lost count of how many tackles/interceptions he made to set up an attack- really progressive passing too. Klopp’s patience paying off.

Salah’s milestone was something to behold…

Mo Salah can't stop breaking records. Fastest to 50 goals in #LFC history is impressive enough, but to do it TWELVE games quicker than next best Albert Stubbins is astonishing. And to leave the likes of Rush, Hunt, Fowler, Torres and Suarez in his wake…mind-blowing.

Important for #LFC to win by a big margin for the first time since the first day of the season and get Salah, Mane and Firmino on the scoresheet. Klopp will hope this is the start of that attack finally clicking into gear.

“Excellent game, four goals without reply! Hope that gives the team a lot of confidence for the weekend.”

They're playing Red Star Belgrade so take this with a grain of salt, but this is the best Liverpool has looked in attack all season. Passing combinations, movement, spacing, quick transitions, etc. It's all on point right now. #LFC

Great result, great performance. Just what was needed. Dominance tonight should give us confidence going forward. Played some great stuff.

“Offensive wise, today’s performance among the best this season with those rapid flowing moves.”

Lots of positives tonight. Front 3 firing. Fabinho’s best game so far and a glimpse of what he can do. Gomez on his way to world class. Shaquiri giving Klopp a great option for creativity in midfield. Time to smash Cardiff! Onwards we go. #LFC.