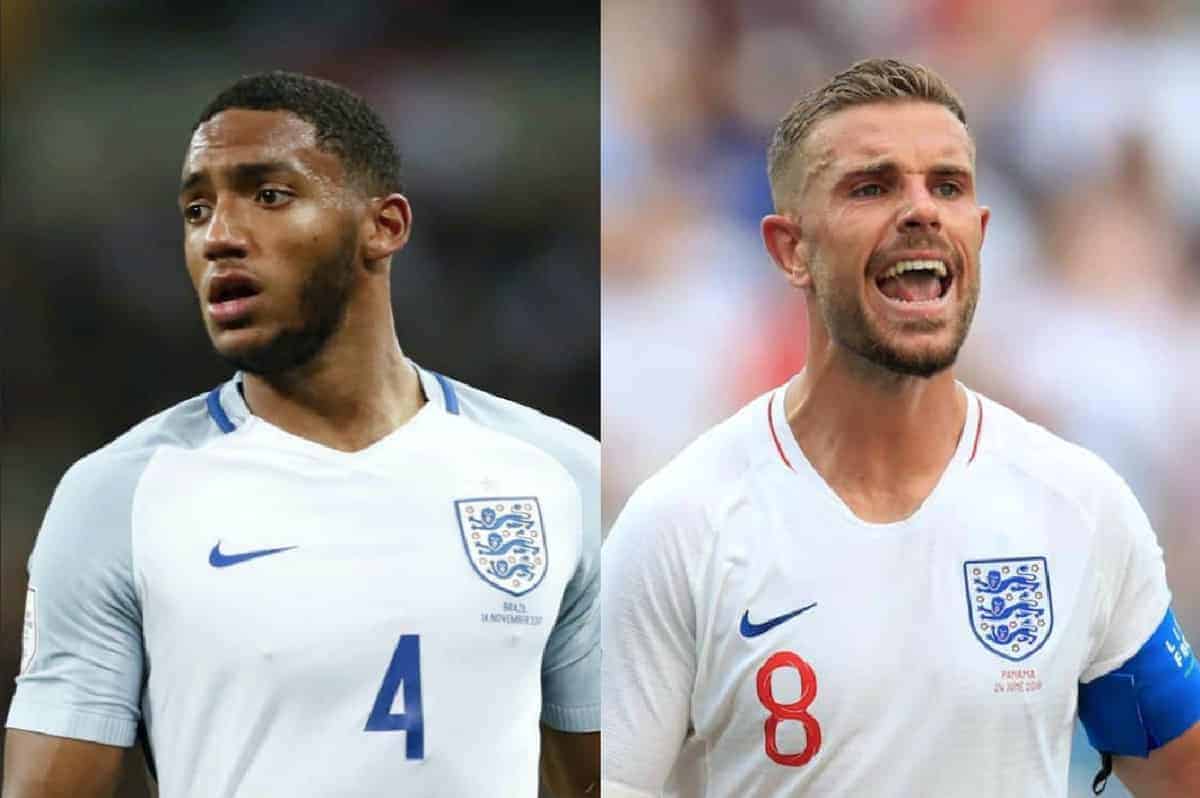 Liverpool trio Trent Alexander-Arnold, Joe Gomez and Jordan Henderson have been named in Gareth Southgate’s latest England squad, despite questions on the fitness of all three.

The final international break of 2018 takes place after the next batch of Premier League fixtures, before wall-to-wall domestic action until the spring.

England will be looking to build on their shock 3-2 win away to Spain last month, with three Reds called up for games against the USA and Croatia.

Alexander-Arnold, Gomez and Henderson will head off on Three Lions duty after Sunday’s home game against Fulham, although there are injury question marks surrounding all three.

Alexander-Arnold was replaced at half-time in Tuesday’s disappointing 2-0 loss away to Red Star Belgrade, but the Telegraph reported that any potential injury “was not serious and he is fit to take his place in Southgate’s squad.”

Gomez, meanwhile, has been tackling an Achilles injury recently and is a doubt to feature against Fulham.

That does make his inclusion a little baffling, particularly if he goes and aggravates the problem.

The same can be said of England vice-captain Henderson, who has not featured since limping off against Huddersfield Town with a hamstring issue three weeks ago.

It remains to be seen whether he will play any part for Liverpool this weekend, but sending him off for England commitments feels needless.

The situation may change come Sunday night, depending on Gomez and Henderson’s playing time at Anfield, with staying at home for the next fortnight making far more sense.

Wembley hosts both of England’s imminent games, with the USA making the trip to the national stadium on November 15 for a friendly that has become a Wayne Rooney testimonial match.

Gareth Southgate’s side will then be looking to avenge their World Cup semi-final defeat to Croatia in a UEFA Nations League match, with Liverpool’s players no doubt keen to earn bragging rights over Lovren.