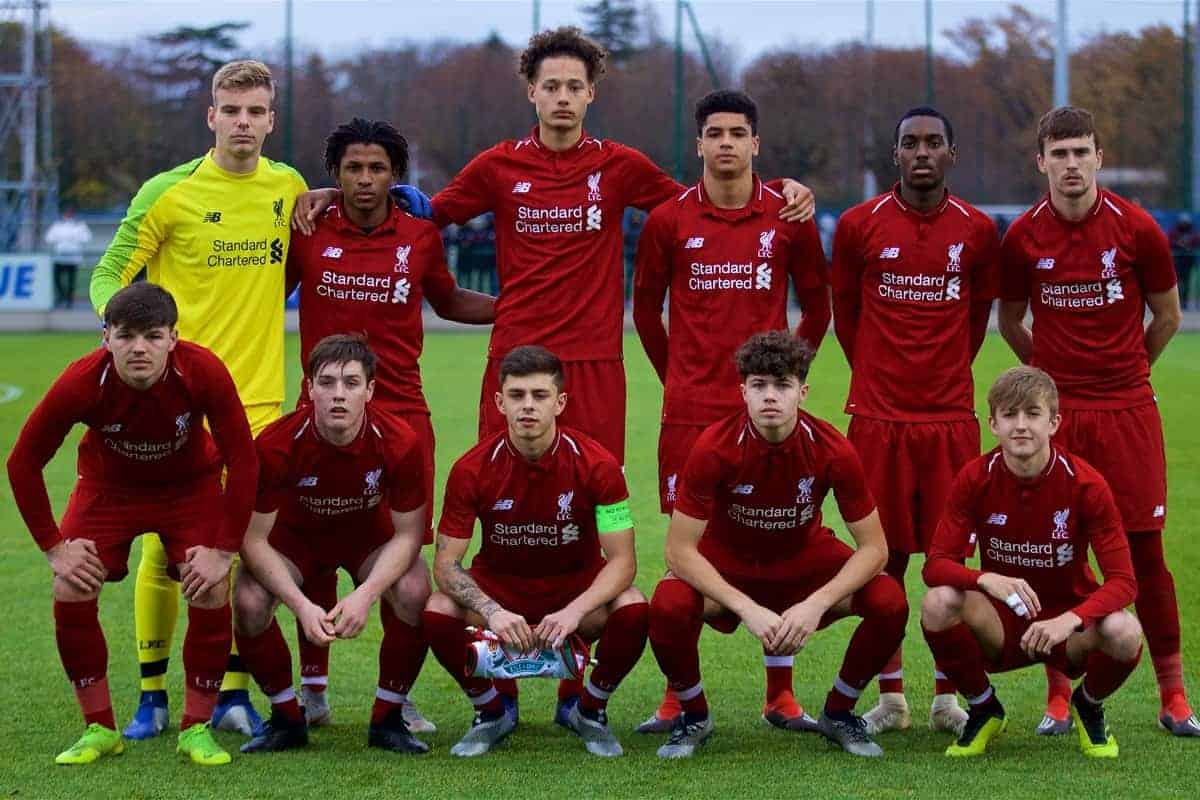 Liverpool U19s lost 3-2 away to Paris Saint-Germain U19s on Wednesday, but remain in control ahead of their final group game in the UEFA Youth League.

Barry Lewtas named a strong team at Stade Georges Lefevre, with Rafa Camacho starting despite being named in Liverpool’s 21-man first-team squad for their own clash in the Champions League.

Influential midfielder Curtis Jones was missing through injury, but Adam Lewis started in a more advanced position than his usual left-back role.

The young Reds knew that victory would secure top spot in Group C and a place in the knockout stages.

Liam Millar opened the scoring with 12 minutes on the clock, finishing with aplomb after excellent vision by Camacho.

Soon after, a miss from Camacho was punished at the other end, as Ruben Providence broke the offside trap with ease and dinked an effort over the diving Vitezslav Jaros.

Camacho, seemingly involved in everything, curled wide, as the match went from dull to thrilling in the space of five minutes.

Jaros denied Providence from a tight angle, Hoever made a vital last-ditch block to thwart Omar Yaisien and Romaric Yapi stung the palms of the increasingly busy goalkeeper. 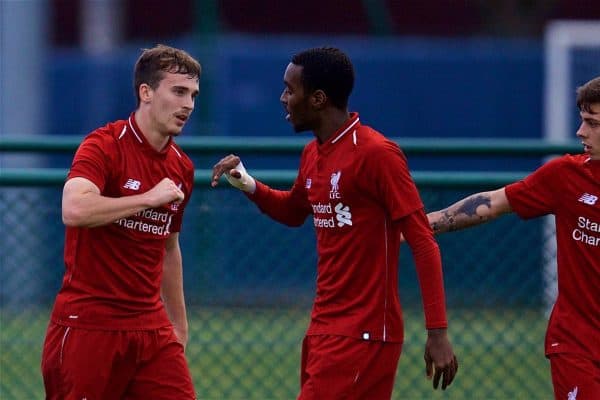 The teams were unchanged for the second half, with PSG again looking the more likely team to take the lead.

Their dominance paid off in the 49th minute when Arnaud Muinga swept home from Yapi’s low cross.

Rhys Williams, Liverpool’s late hero at home to Red Star Belgrade, missed a huge opportunity to equalise when he headed wide unmarked from six yards out.

Millar was twice wasteful in dangerous areas as the game grew tetchy, but the Reds continued to search bravely for an equaliser.

Adil Aouchiche hit the post with a brilliant flick, with an outstanding save from Jaros playing a part in keeping the ball out.

Jake Cain conceded a penalty with 10 minutes remaining and Muinga fired home his second of the afternoon from the spot, putting the game to bed.

Millar also bragged a brace late on, after again combining with Camacho, but it wasn’t meant to be despite a spirited effort. 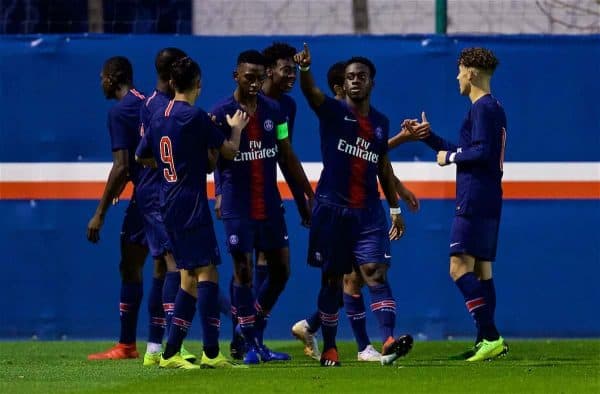 Paul Glatzel blew a glorious opportunity to level the scores but it was the last big chance for the visitors, despite finishing strongly.

The defeat means Liverpool and PSG sit level on 10 points in Group C, but the Reds still lead the way on goal difference.

If they can match PSG’s result on Matchday 6 it should be enough to qualify automatically in the next round, rather than go into a play-off.