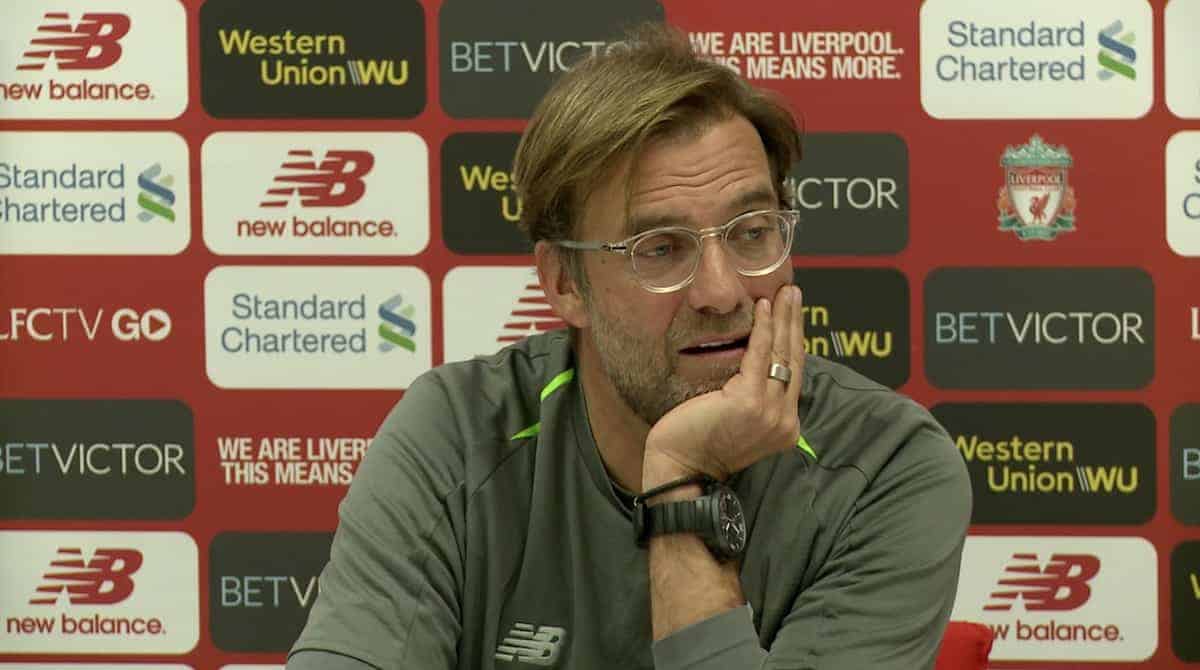 Jurgen Klopp has given his press conference ahead of Liverpool’s trip to Arsenal, delivering a fitness update along with talk on tactics.

The Reds boss is hoping to keep his team’s undefeated start to the league season going at the Emirates, but comes up against Unai Emery who has his new team 13 without defeat themselves.

Liverpool will need a big performance to come away with the points from the Emirates, but will have to do so without captain Jordan Henderson or midfield partner Naby Keita.

“If it was next Friday for the next game they’d both be fit, but Saturday and Tuesday, it’s tight,” Klopp said of the duo.

There was better news surrounding Mohamed Salah, who has been training with a cast on his wrist this week.

“Mo, it’s nothing serious, inflammation of the [wrist] tendon, it’s just for protection, it has no influence [on him playing].”

Klopp was quizzed on his team’s start to the season, sitting second to Man City only on goal difference.

The manager was clearly happy with how the Reds have performed, but certainly wasn’t getting carried away.

“A quarter of the season is nothing, this is still the start. We didn’t do anything special, we expect from ourselves that we win football games.

“We played really well, won games, but then came a discussion that it’s not the same as last year [in terms of performance levels].

“We stuck to our plan, we still try to. As long as the majority of the boys are fit then we have a really good football team. And having that and playing for a massive club like Liverpool means you go into each game with a big chance and a big wish to win it.”

Elsewhere, Klopp took questions on his results against Arsenal and Emery, including the Europa League final defeat, and the Reds’ recent switch to 4-2-3-1.