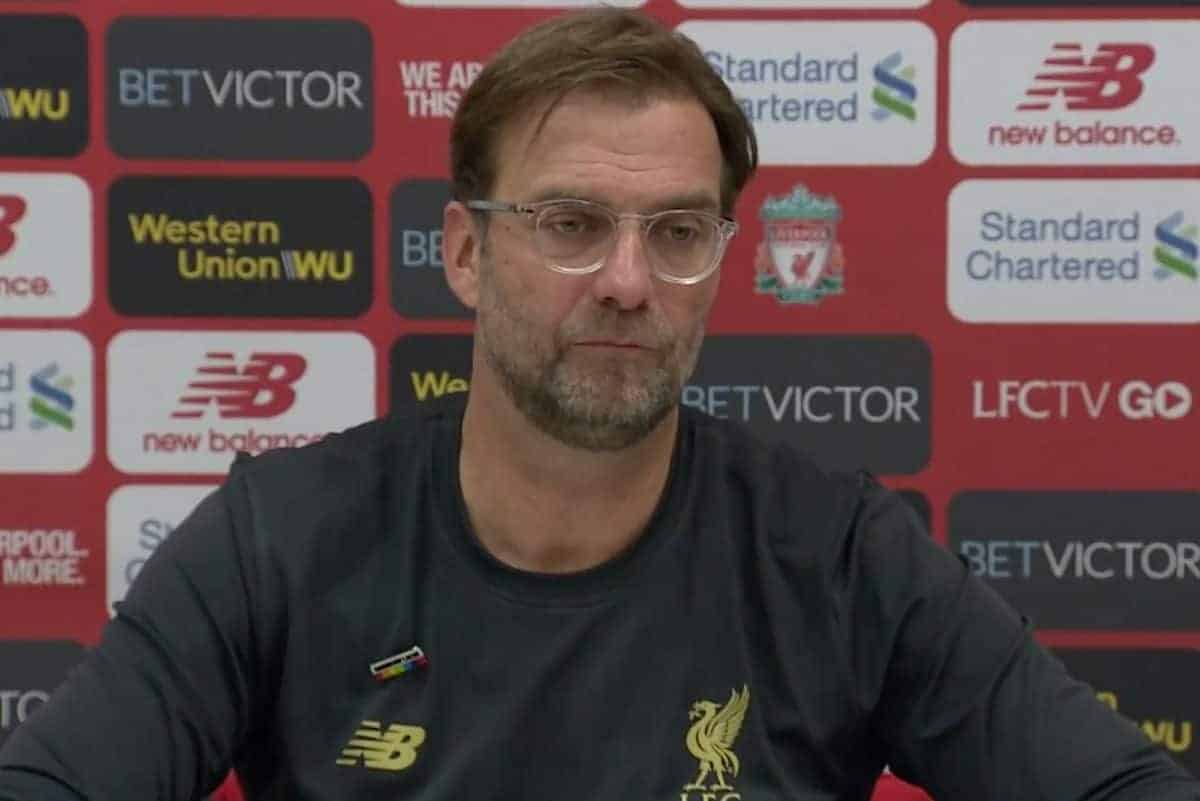 Jurgen Klopp discussed PSG, Jordan Henderson and his midfield ahead Liverpool’s Merseyside derby clash with Everton in the Premier League.

Losing 2-1 at PSG was a major setback for the Reds, but they have no time to dwell on their dismal performance at the Parc des Princes, with a huge game at Anfield to come.

With Marco Silva’s Everton making the short trip across Stanley Park, Liverpool have the perfect opportunity to restore optimism.

Speaking at Melwood on Friday afternoon, Klopp stressed that the Reds didn’t need any motivation for such a game, however.

“The moment you sign a contract for Liverpool you know you understand, 100 percent, the responsibility for these games,” he said.

“That’s what we want to use, and of course the crowd as well, Anfield as well.

“It’s 4.15pm, so it’s a good time, nearly dark, perfect—everything is there that we need. Let’s go out and fight for each yard, that’s the plan.

“In the past it was clear Everton would be passive, but here it will be a proper fight.”

The manager addressed recent criticism of his midfield, saying “we could have scored more goals, but I don’t see any problems,” while adding that he was “absolutely” confident the likes of Fabinho and Naby Keita were ready for the derby.

On Everton‘s evolution under Silva, he said: “The games were difficult in the last years, but the improvement is obvious.”

Liverpool have enjoyed an excellent record in this fixture under Klopp, winning four and drawing two in his six clashes with Everton so far, but were held to a 0-0 stalemate last time out at Goodison Park.

Kicking off a busy December that will see his side play eight times, including seven in the league, victory in his seventh Merseyside derby will be essential for Klopp.