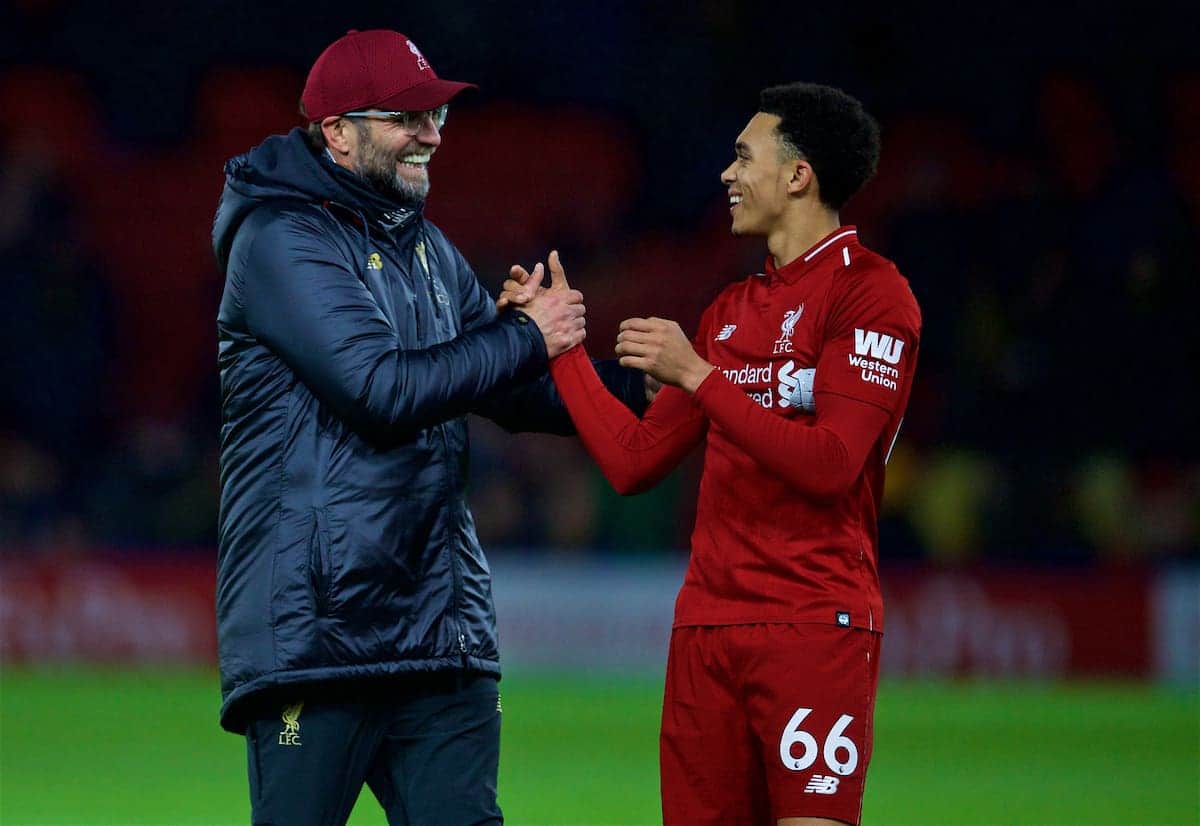 With Joe Gomez sidelined for the next six weeks, Jurgen Klopp admits he will need to make changes in order not to start Trent Alexander-Arnold in every game.

Gomez suffered a fractured leg in Liverpool’s 3-1 win at Burnley on Wednesday night, following a heavy challenge by Ben Mee.

It means the Reds are not only significantly weakened at centre-back where the 21-year-old was thriving, but also at right-back.

Gomez was a solid option there when required, albeit not as natural in the role as the more technical Alexander-Arnold.

Speaking at Melwood on Friday, Klopp says he has an idea up his sleeve at right-back, in order to manage Alexander-Arnold’s workload: “I have a plan. We have options – a lot of players can play that position.” 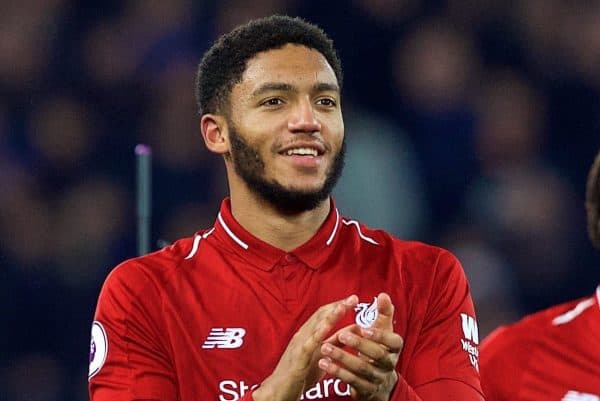 Games Gomez is set to miss:

Nathaniel Clyne, the other recognised right-back in the squad, is currently sidelined, so the likes of Rafa Camacho, James Milner and Fabinho could be required to slot in, with all three surely in Klopp’s thought process.

Camacho, the 18-year-old academy winger, impressed in pre-season at times playing right-back and was on the bench at Burnley in the week.

Klopp spoke more about losing Gomez as an option and the way it had helped Alexander-Arnold remain fresh.

“He had been in outstanding shape. He helped us a lot,” he praised.

“It was really important [that Gomez could cover for Trent]. Trent is still a young boy and you cannot push him through 20 games in a row. You have to be responsible.”

The trip to Bournemouth will give Klopp the opportunity to put his “plan” into action, and he may choose to rest Alexander-Arnold with two huge home games against Napoli and Manchester United up next.

With Dejan Lovren also injured, Joel Matip should partner Virgil van Dijk at centre-back, with Andy Robertson returning to the side at left-back.

Liverpool are looking for a fifth Premier League victory in succession, knowing three points will put them top of the table, for the time being at least.