Hertha Berlin manager Pal Dardai singled out Marko Grujic for a remarkable distinction after the Liverpool loanee scored his first goal for the club.

Grujic rose highest to head home Marvin Plattenhardt’s corner 40 minutes into a vital top-eight clash at the Olympiastadion, before Hertha survived a barrage from the visitors.

Frankfurt had 12 shots on goal to the home side’s two in the remainder of the game, with points the priority as Hertha looked to leapfrog Hoffenheim into sixth, level with their weekend opponents.

It proved to be a hard-fought victory for an increasingly impressive Berlin side, and for Grujic, who scored only his second senior competitive goal since leaving Red Star Belgrade for Liverpool in 2016.

And though this was just his seventh outing since joining Hertha on a season-long loan—having spent time out with an ankle injury—they are already desperate to extend his deal.

Speaking after the game, Dardai hammered this home with some truly emphatic praise for Grujic, who at 22 is garnering a strong reputation in Europe.

“Marko is the best midfielder we have had in the last 20 years. The club is doing everything to make it last longer,” the manager told reporters after the game.

This is particularly noteworthy since Dardai himself played for Hertha as a defensive midfielder in that time, having spent 14 years with the club as a player before transitioning into a coaching role in 2012.

Grujic is clearly a popular player in Berlin, with centre-back Fabian Lustenberger telling herthabsc.de that “Marko has everything: offensive quality, defensive stability, strength and footballing ability.”

“You often talk about a complete player and you need a lot to fulfil all the criteria as a central midfielder. We are glad that he is fit with us and again,” Lustenberger said.

“I am very pleased that he scored the decisive goal. He worked extremely hard to get fit again,” he explained.

“We’re all incredibly happy to have him back in the team as he enriches our game and is a midfielder we do not [otherwise] have.”

Davie Selke added: “Grujic is an important player and our link between defence and attack. It was nice that he could score a goal in front of his own fans.” 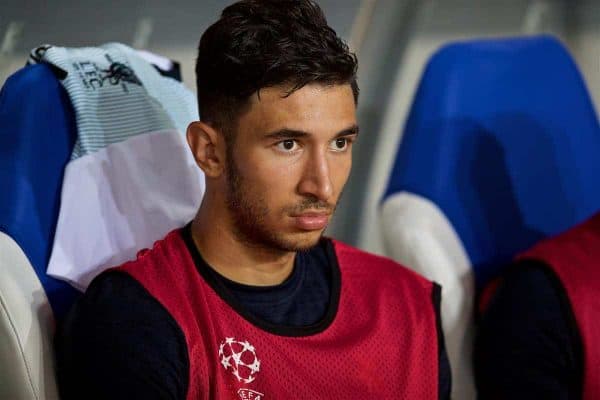 Hertha now have three more games before the Bundesliga takes its winter break, with a trip to VfB Stuttgart to come on December 15, before a home clash with Augsburg (Dec 18) and then back on the road to Bayer Leverkusen (Dec 22).

The aim is to remain in the top six after that trio of fixtures, with Europa League qualification likely central to their efforts in keeping Grujic—though he is clearly happy in Berlin.

“First and foremost, I want to stress how hard we worked together as a team,” he told herthabsc.de.

“It was a very tough game in which Frankfurt showed why they are towards the top of the table.

“We got the perfect moment to score our goal—after that we were able to regroup and tackle the second half with even more confidence.

“When I scored, many emotions were released, that was a very special moment.

“I am very happy that it worked now, after I was a bit unlucky in Hannover. When the corner came, I already had the feeling that I’d get the goal.

“It was an enormously important victory, as we are now back in the top six.”