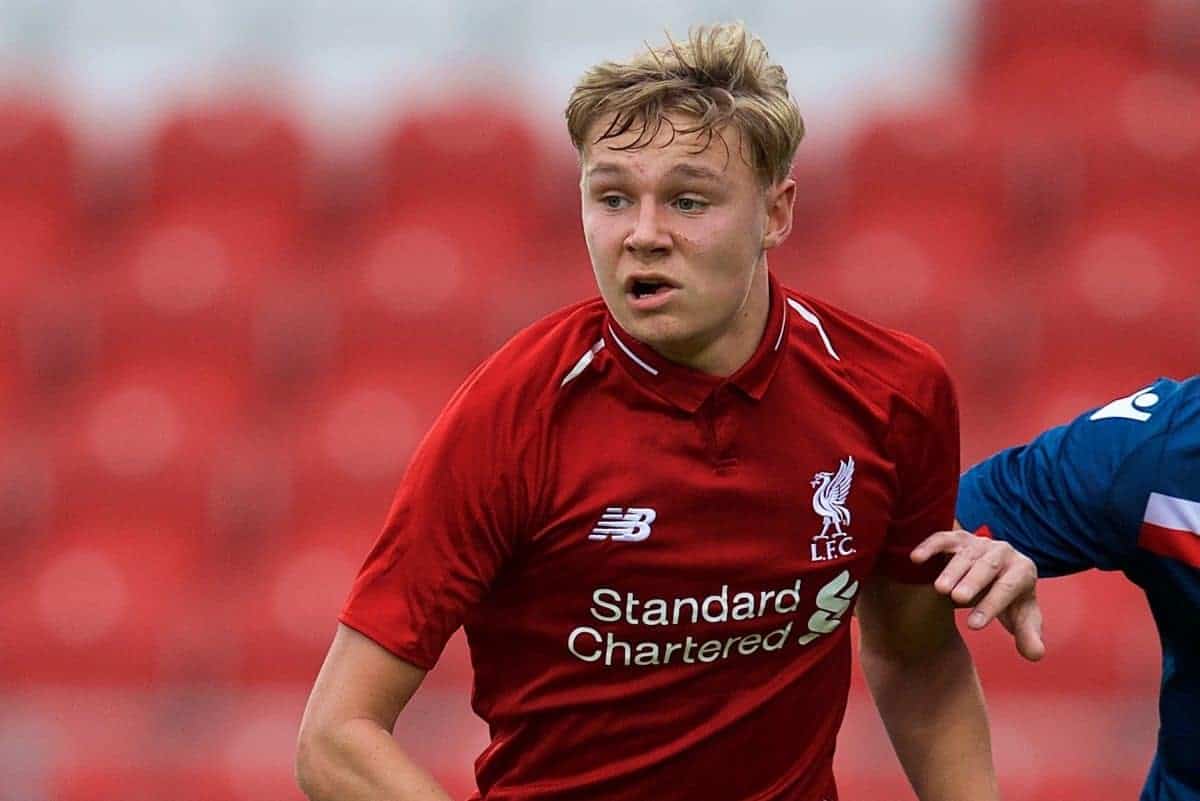 Paul Glatzel continued his excellent goalscoring form as he netted a hat-trick in the Liverpool U18s’ 3-0 win over Southampton in the Premier League Cup.

Both Glatzel and his strike partner, Bobby Duncan, have been a consistent source of goals for the young Reds this season, but the summer arrival had moved ahead in recent weeks bringing his tally to 16.

But with Duncan turning provider at Kirkby on Saturday afternoon, Glatzel restored his status as joint-top goalscorer, with a treble to book the U18s’ place in the quarter-finals.

Barry Lewtas called upon a host of less-familiar faces for his lineup, with Jack Walls, Remi Savage, Patrik Raitanen and Abdi Sharif all starting.

Walls’ inclusion came with Ki-Jana Hoever and Neco Williams involved for the U23s against Arsenal later in the day, while Fidel O’Rourke joined Glatzel and Duncan up front.

Liverpool had the best of the first half on home soil, with Saints goalkeeper Adam Parkes busy throughout, but it wasn’t until the 43rd minute that they found their opening.

It came from the penalty spot, with Glatzel showing his composure to convert and secure the lead before the break after being fouled in the box.

Southampton grew into the game in the second half but the young Reds remained dominant, with Glatzel particularly impressive in tandem with attacking midfielder Sharif.

And though the visitors threatened, Duncan fed his fellow striker in the area with just over 15 minutes to play, with the U18s’ captain adding his second of the game to effectively seal the result.

He wasn’t done there, however, with Glatzel then pouncing on a loose ball to fire past Parkes to make it 3-0 and guarantee Liverpool’s place in the next round.

Both Glatzel and Duncan are now on 16 goals for the campaign, with the latter taking to Twitter after the game to mark his contribution so far, having joined from Man City in August:

The young Reds are next in action with a crucial clash in the UEFA Youth League, with Lewtas in charge of the U19s’ clash with Napoli in St Helens, as they look to secure progress to the last 16.