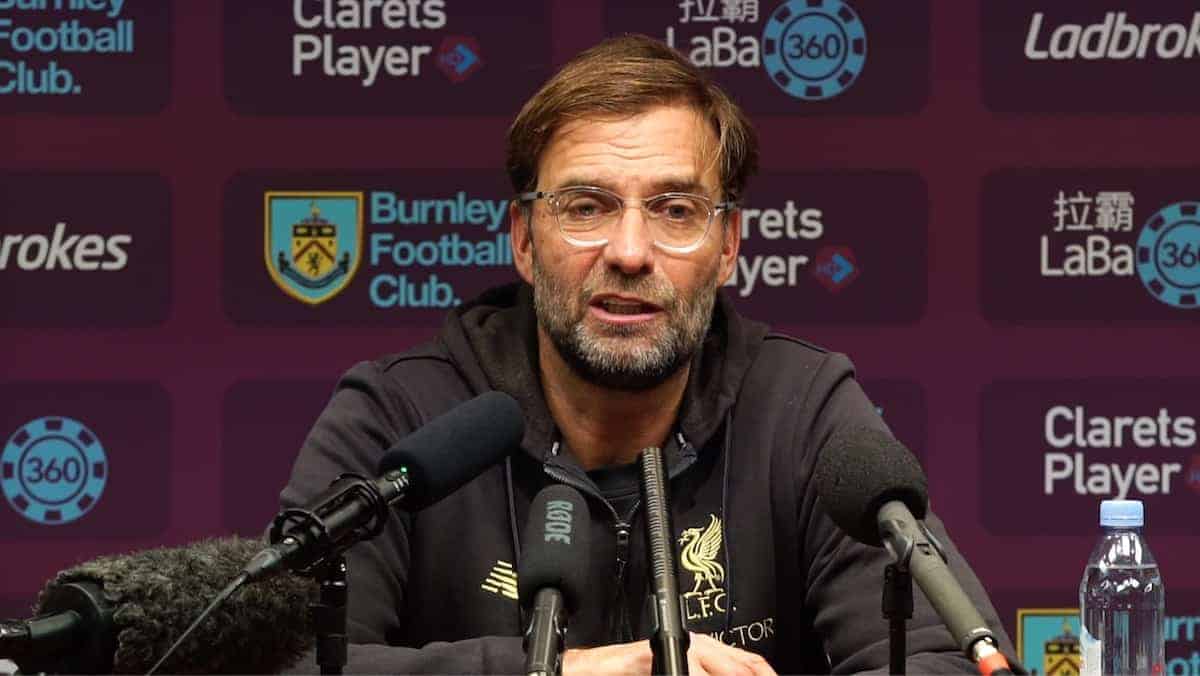 Jurgen Klopp praised the persistence of his Liverpool side after they came back from 1-0 down to win 3-1 in a difficult clash with Burnley on Wednesday.

The Reds arrived at Turf Moor buoyed by a 1-0 victory in the Merseyside derby on Sunday, and taking on the Premier League‘s 19th-placed side they will have been confident.

But with Klopp making seven changes and the Clarets taking a robust approach, it took time for Liverpool to settle, and they were rocked early in the second half as Jack Cork opened the scoring.

James Milner levelled soon after, however, and the introduction of Roberto Firmino and Mohamed Salah changed the game, with Firmino and Xherdan Shaqiri netting to secure the win.

Speaking after the game, Klopp praised his side’s comeback, saying “reacting like we reacted at a tough place like Turf Moor and Burnley, that’s special.”

“We controlled the game in a lot of moments, but in all the moments where we gave Burnley the chance to have a proper tackle and stuff like that, then it didn’t look that cool,” he added.

“The second half was a perfect reaction and I am really, really happy about the three points.”

The manager also provided an update on the fitness of Joe Gomez, who was forced off after 23 minutes with an ankle problem, saying “[he’s] injured and probably not only a little bit.”

“After the first challenge sliding tackle from seven or eight yards I said to the ref, ‘please tell them you can’t do that’. Someone has to say ‘stop doing that’,” he added, clearly angry with Ben Mee’s hand in Gomez’s injury.

He was particularly pleased with Naby Keita‘s display, though, explaining that “always when Naby had the ball, at least something changed a little bit.”

Liverpool are next in action on Saturday, with a lunchtime kickoff at Bournemouth likely to see further alterations as Klopp prepares for a tough double-header against Napoli and Man United.