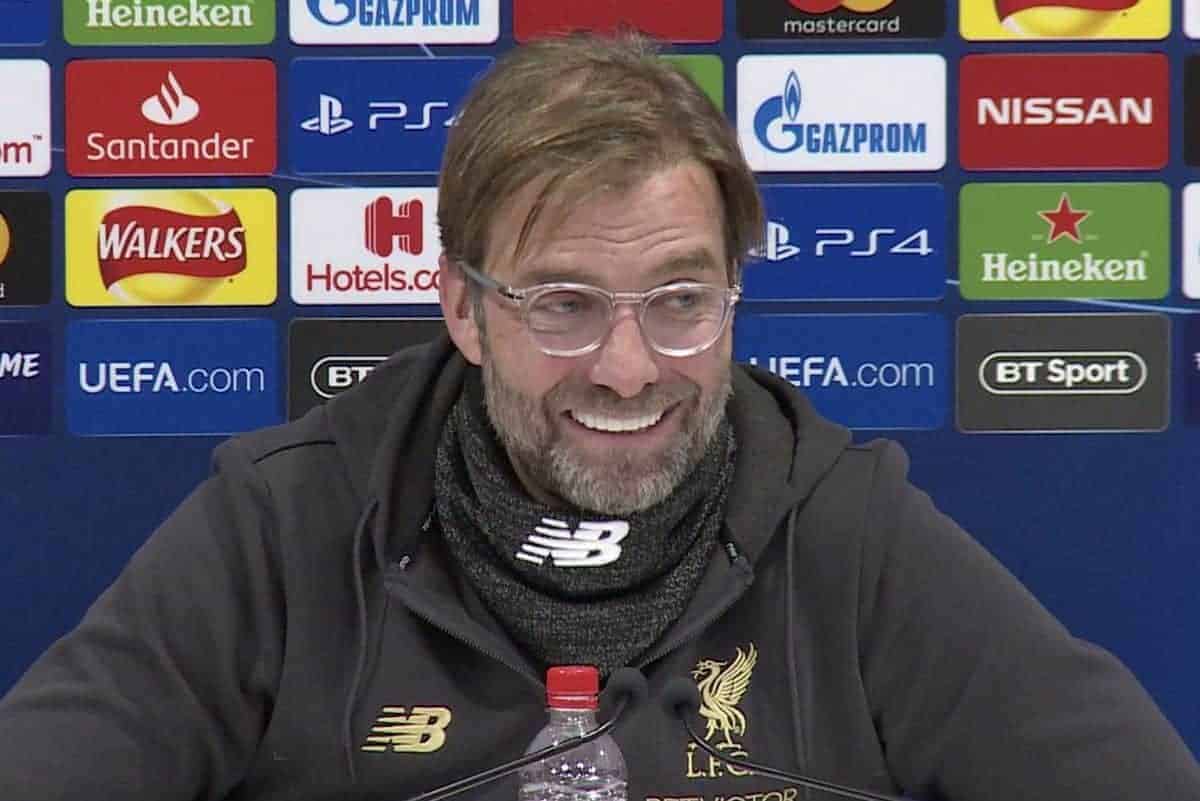 Jurgen Klopp was left overjoyed as Liverpool beat Napoli 1-0 at Anfield to reach the last 16 of the Champions League, hailing an “outstanding” performance.

Klopp could barely sit as he watched his side play out a tense final Group C game on Tuesday night, with Mohamed Salah‘s goal proving the difference.

It could have been much more comfortable for the Reds, with Sadio Mane particularly wasteful as the hosts fired 13 of their 22 attempted shots off target, with five more blocked.

And Napoli came very close to scoring a devastating last-minute equaliser, but Alisson pounced off his line to cap a defensive display that Klopp described as “some of the best I ever saw.”

“I’m still full of adrenaline. This game was amazing, outstanding. The boys played with their whole hearts; each part of their body,” he told reporters.

“Our offensive pressing and defending was some of the best I ever saw.”

Liverpool could face the likes of Borussia Dortmund or Barcelona in the next stage of the competition, but Klopp did not want to speculate as to his ideal draw next Monday.

“I don’t care…we are second in the group [so] we will have an outstanding, strong opponent, that’s it,” he said.

The manager provided a vague injury update after Trent Alexander-Arnold and James Milner were forced off the field with minor issues, while Joel Matip also struggled late on.

“Trent has a knock, not sure exactly what it is. Milly has a cramp. We don’t know anything [yet],” he explained.

Hopefully there are no major issues, with Alexander-Arnold and Milner settled as first- and second-choice right-backs with Joe Gomez sidelined, and Matip partnering Virgil van Dijk in both of the games the Englishman has missed so far.

With Man United to come to Anfield on Sunday, Klopp will need another big performance to ensure Liverpool stay top of the Premier League.