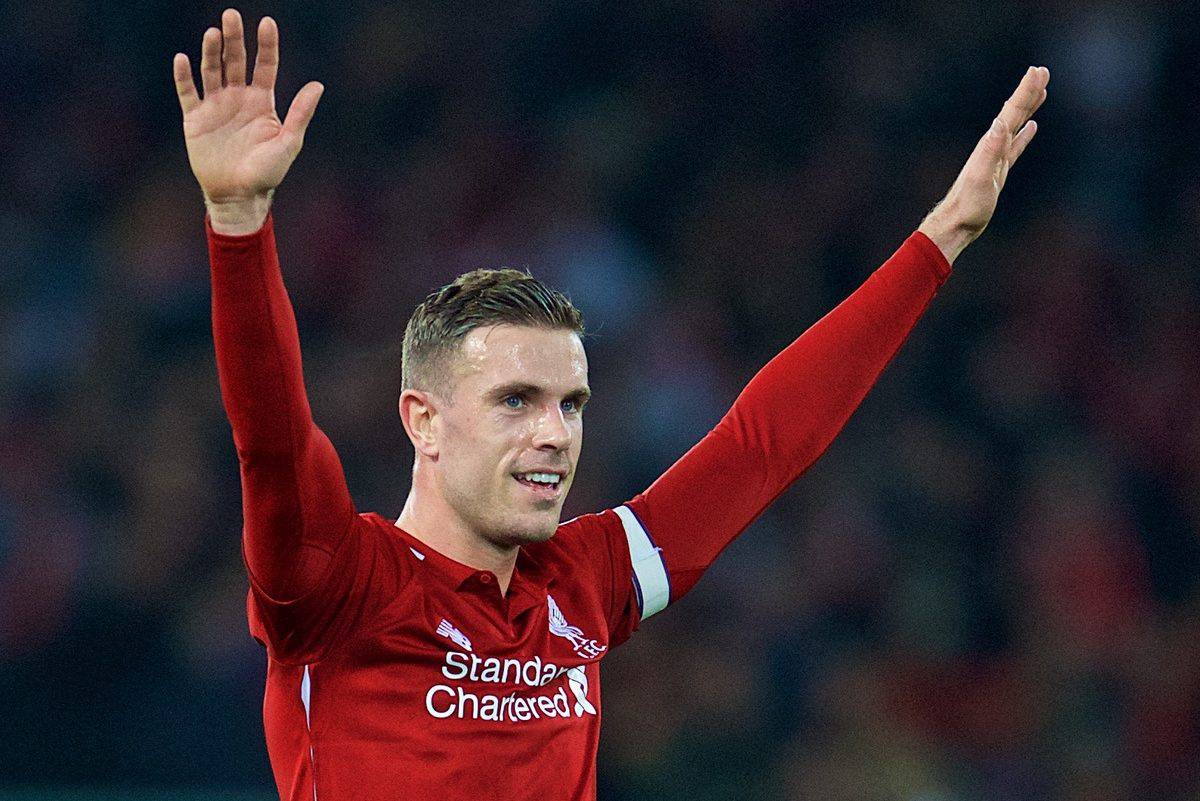 Jurgen Klopp has opted to make two changes to his lineup as Liverpool face Man City at the Etihad Stadium on Thursday evening.

The Reds head into the match at the reigning title holders with a seven-point lead over City, and a six-point gap between themselves and second-place Tottenham.

Just a few months after this particular fixture was heralded by pundits as one the Reds dared not lose if they wanted to mount a title challenge, it’s instead one City will be eyeing up with the same pre-game mentality as they play catch-up.

Klopp’s side remain unbeaten after 20 games and have won nine successive league matches to race clear at the top, but this away trip is the most difficult of all.

To that end the boss has named a predictably strong lineup to take on Pep Guardiola’s side.

Alisson remains between the sticks as ever, and ahead of him the pre-game doubts about Andy Robertson‘s availability have come to nought—he starts at left-back.

Trent Alexander-Arnold plays on the right, with Virgil van Dijk and Dejan Lovren continuing in the centre.

In midfield is where Klopp had his biggest selection dilemma and he has opted for Gini Wijnaldum, James Milner and Jordan Henderson as a trio.

That leaves the regular front three of Sadio Mane, Mohamed Salah and Roberto Firmino back together as a triumvirate, rather than the 4-2-3-1 of recent weeks.

Xherdan Shaqiri drops to the bench and is available for the boss to call upon along with the likes of Daniel Sturridge, Naby Keita and Fabinho.

As for City, they start with playmaker Kevin de Bruyne on the bench after injury, while centre-back Aymeric Laporte switches to left-back for the encounter.

Sergio Aguero leads the line, with ex-Red Raheem Sterling and Leroy Sane supporting him from the wings.

Fernandinho is fit to start, but Kyle Walker and Riyad Mahrez are left on the bench. 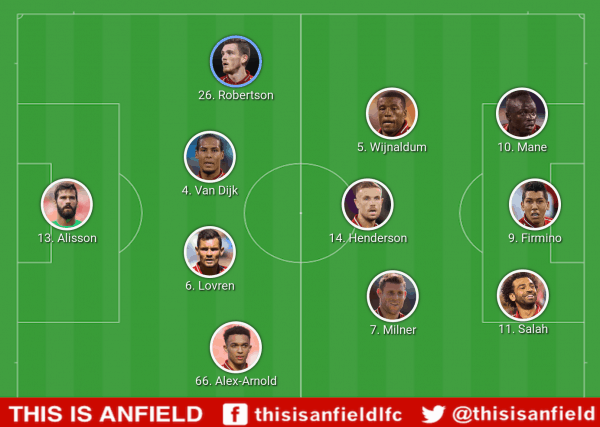