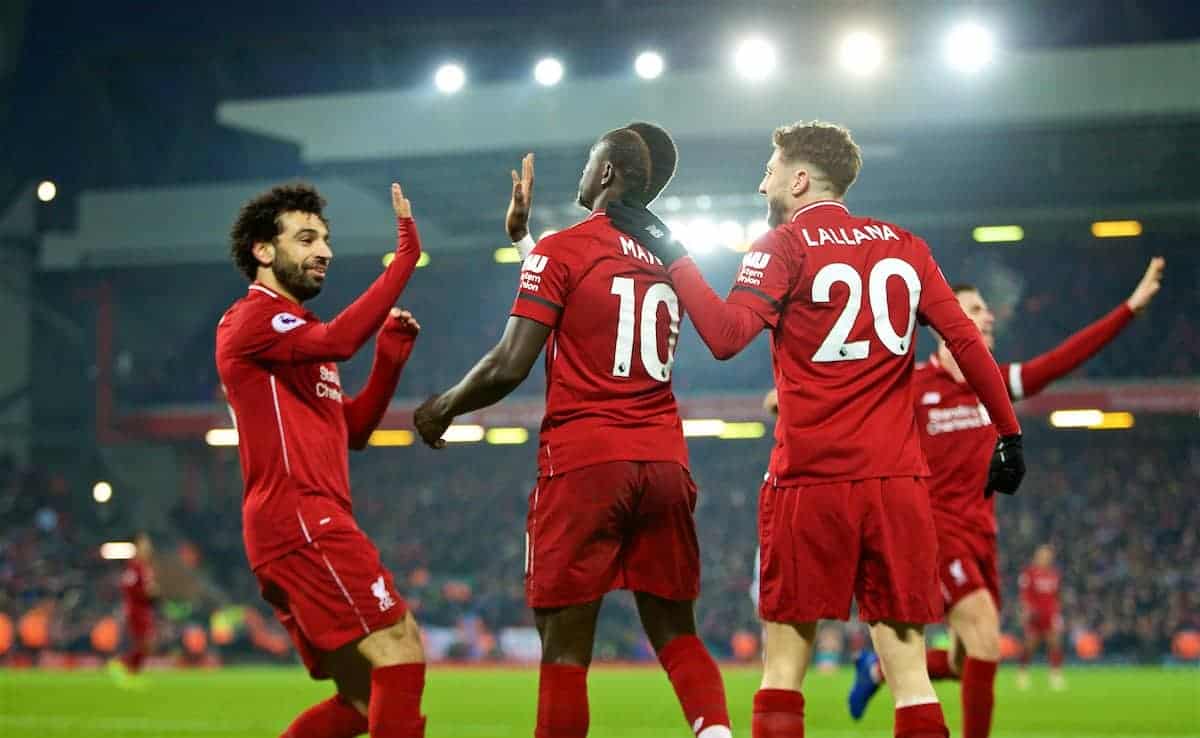 Liverpool picked up a heart-stopping 4-3 win over Crystal Palace on Saturday, as several individuals stood out in the Premier League.

Alisson was looking to keep yet another clean sheet but that was swiftly denied when Andros Townsend opened the scoring, with the goalkeeper blameless.

He could have done better for Max Meyer’s stoppage-time consolation effort, but his distribution was inch-perfect.

Brought in at right-back in place of the injured Trent Alexander-Arnold, Milner was given a torrid afternoon by trick machine Wilfried Zaha, being beaten by him for Townsend’s goal and on numerous other occasions.

It led to the veteran being sent off in the last minute, following the second of two bookings for fouls on the Palace winger.

He did offer lots of attacking thrust down the right flank, though.

Matip returned to the side after injury and he generally impressed in all facets of his play, from crisp passes to a good reading of the game.

He was arguably too deep for the opener, however, playing Zaha onside, and there remains a lackadaisical edge to him that spreads concern.

Denied by Julian Speroni after clever movement and should have done better with a header that flew wide.

Liverpool’s star performer so far this season was a rock as usual, not that he was regularly tested despite the scoreline.

He won everything in the air, led by example and even provided a fluke of an ‘assist’ for Mohamed Salah‘s first goal, bringing back memories of his looping volley against Everton.

It was impossible to fault a single thing he did, barring one missed header.

Fresh off the back of signing a new contract on Thursday, the Scot was his usual lively presence down the left flank, proving why retaining his services for the next five years is such significant news.

Defensively he was excellent, whether up against Townsend or Zaha, and his energy going forward was relentless.

A wonderful footballer who is one of the first names on the team-sheet.

The Brazilian moved from centre-back to his preferred central midfield role, dovetailing expertly with Jordan Henderson in a 4-2-3-1 formation.

His use of the ball caught the eye, with risks often taken rather than the easy option, and he bit into tackles and oozed authority.

He looks a different player to the one that struggled in the early months of the season, and his injury at the end is a blow.

The skipper was one of Liverpool’s best players on the day, with his tenacity and quality fantastic.

One lovely threaded early ball summed up his positive approach and his physicality and fitness were too much for Palace’s midfield to handle.

One of Henderson’s best performances of the season—he and Fabinho look good together.

Keita’s first season at Liverpool has been an underwhelming one and he was below-par again on Saturday afternoon.

Although he didn’t do a huge amount wrong, there was never any great threat from him and he was a passenger for much of proceedings.

He did earn an assist for Roberto Firmino‘s strike—his first in a Reds shirt—but he was rightly replaced by Xherdan Shaqiri.

Once again given the No. 10 role behind Salah, the positives outweighed the negatives with Firmino, even though he was occasionally a frustrating presence.

He curled over with an early shot, but after that, too many touches were heavy and there was a rare lethargy to some of his play.

Bobby scored the goal that put Liverpool 2-1 up, though, and he never stopped working as always.

Mane’s form has been a little on the patchy side of late and he didn’t quite fire again, despite his usual endeavour.

His end product was too wasteful, as highlighted by one needlessly over-hit pass to the onrushing Salah, and moves fell apart because of it.

The Senegalese fired home to make it 4-2, however, which was a well-taken effort.

Salah’s influence is growing all the time this season and this was yet another key showing, as he continues to score at a freakish rate.

One dazzling dribble stood out in the first half—a poor dive left a bad taste—but he truly came alive after the break. 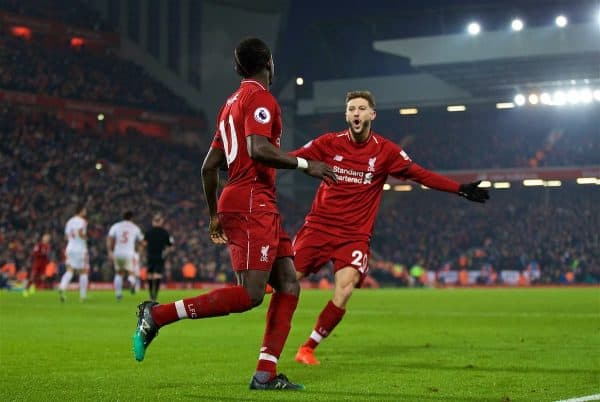 Didn’t affect the game too much, but did his defensive work late on.

A Premier League debut, but only on the pitch for seconds.

Yet again, the resilience of this Liverpool side was on show, and that was all down to Klopp.

The Reds were never at their best in the opening 45 minutes and the manager clearly gave an inspirational half-time team talk, telling a few home truths.

The second-half display was often scintillating, despite the goals conceded, as Anfield witnessed another joyous occasion.