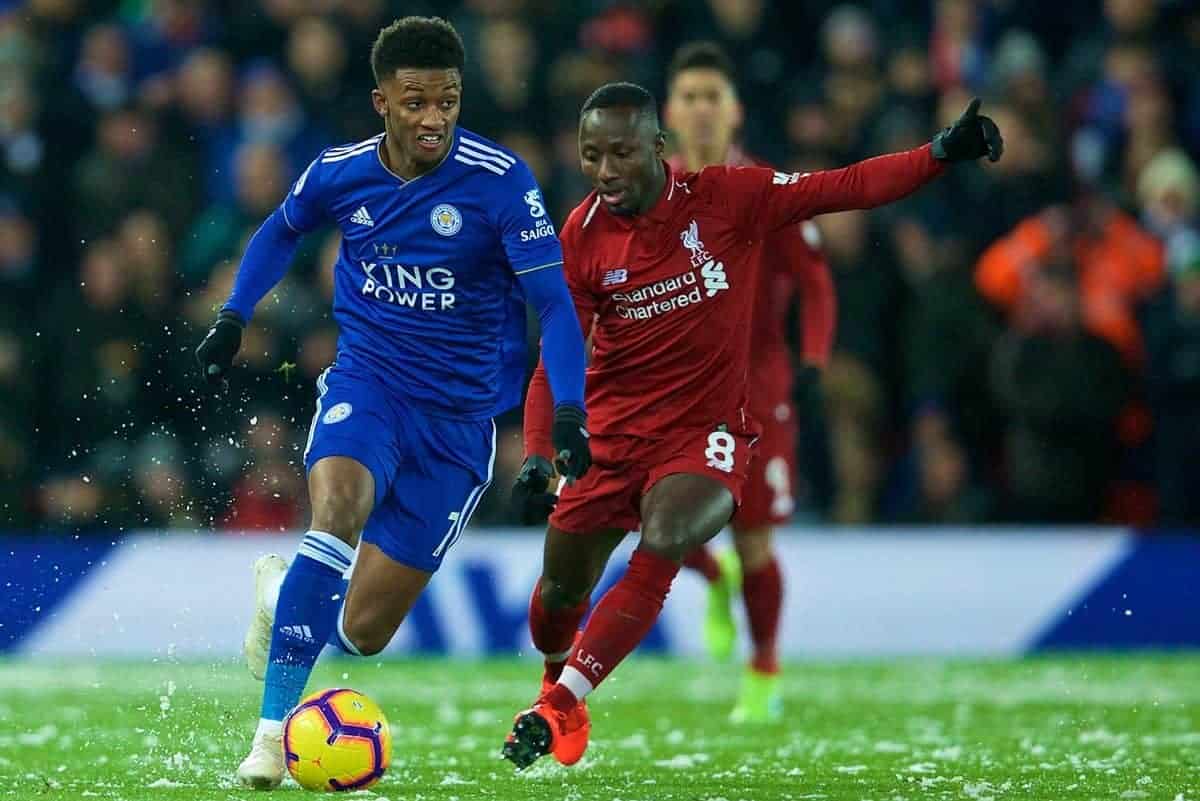 Liverpool limped to a disappointing 1-1 draw at home to Leicester on Wednesday night, with fans left flat after the final whistle.

It was a strange evening on Merseyside, as the Reds failed to fully capitalise on Man City‘s shock defeat at Newcastle 24 hours earlier.

Sadio Mane fired Jurgen Klopp‘s side into an early lead, but from that point on they were way below-par against a good Leicester side.

Harry Maguire equalised in sloppy fashion on the stroke of half time and a damp squib of a second half saw the game fizzle out, with Naby Keita robbed of winning a penalty by the dismal Martin Atkinson.

Here’s how supporters reacted to the Reds’ draw 1-1 with Leicester on social media and our forums.

Mane scored early but it was the defence earning praise…

Matip is on one tonight.

Van Dijk the playmaker so far.

Lovely forward run from Matip, feeds Henderson on the right, his cross almost finds Shaqiri. Now the Kop are singing about Rafa Benitez.

All comes from Robertson giving away a pretty needless foul seconds before half-time.

“Let’s be fair, what a stupid tackle from Robertson for that free-kick.” – Daniel Peers on Facebook.

“That’s all Robertson and Van Dijk. Stupid error from both defenders” – lfc.eddie on the forums.

Ridiculously needless foul to give away by Robertson.

Shite from Robbo giving that away there yanno. Right on half time.

Liverpool poor tonight. But Martin Atkinson was a disgrace. Keita clearly fouled in the box, Salah elbowed in chin in the box, and McGuire should have been sent off. Played 30 seconds over the 1 min added in 1st half despite no subs, injuries or stoppages.

Yet again, Martin Atkinson being spineless. Naby Keita was fouled and it should've been a penalty.
Atkinson will not make a decision that he thinks might be controversial.

“Felt we were robbed of 3 points by some poor ref decisions” – icemanwan on the forums.

Martin Atkinson doing all he can to keep City in this title race .. #livlei pic.twitter.com/JfHXGSQHLM

Martin Atkinson should be embarrassed by his performance tonight. Two appalling decisions in Not giving Keita a penalty and failing to send Maguire off.

Klopp’s substitutions were questionable late on…

Klopp's subs today were pathetic. Keita shouldn't have come off. Lallana and Sturridge should not be brought on in 2019. Fabinho for Shaqiri, fine. But, like, no need for the others. That Sturridge shot toward the end infuriated me.

“We are going for the title and our go-to players are Lallana and Sturridge” – Walshy07 on the forums.

Bringing on Lallana for Keita, when Naby was just starting to get into the game was a mindbendingly bad decision.

This is 26 full games in all comps. Our GK is more productive than this. https://t.co/M94uP2rzd7

Mane was far and away Liverpool’s best player…

Gutted for only a point. But we was off the pace tonight and still got a draw. Sadio Mane was just brilliant tonight if the rest played half as well we would have won easily #LFC He was everywhere ???

“MOM goes to Mane for his goal and his effort.” – phil smith on the forums.

Fair result. Mane was our best player today. He tried to create and run at players #LIVLEI

Mane was the best player on the pitch tonight by a million miles always wanted to beat a man & make things happen also took his goal well only positive from tonight well in Mane ???

…and at full-time there was a mixture of disappointment, anger and perspective.

Not too fuming at that result tbh. Could have had a pen and a red for them but…Chances from a yard out missed for LCFC, terrible conditions, could easily have lost frustratingly.

Not enough intelligence, patience or incision from #LFC for too long. Forced the wrong things, forgot a lot of the right ones. Disappointing in attack. Big decisions went against them, but they were also fortunate #LCFC didn't punish more of their mistakes. Visitors resilient
1-1

Worst thing is City will feel they got away with one now. We had the chance to go 10 clear at the Etihad. Even keep it at 7 points. Had the chance to make it 7 today. These chances won’t keep coming.

5 points clear is still an excellent position to be in. #LFC

“So we’ve still increased our lead, could have been better but…it’s just not our style to do it the easy way” – Livvy on the forums.

Disappointing result, big chance missed but still a point gained. Were always going to drop points to a non-top-six side eventually.

Leicester very good and Liverpool just never quite got going. Five points clear in February still a fantastic position to be in.

It’s a missed opportunity and that is why it is so frustrating. Far too passive and showed little urgency when we needed it most.
Once the disappointment subsides I’m sure the fact that we’re 5 points clear will prevail.

Were also always going to drop points against a bottom 14 side eventually. Definitely worse times for it to happen than when our lead at the top has increased too! But a massive missed opportunity.