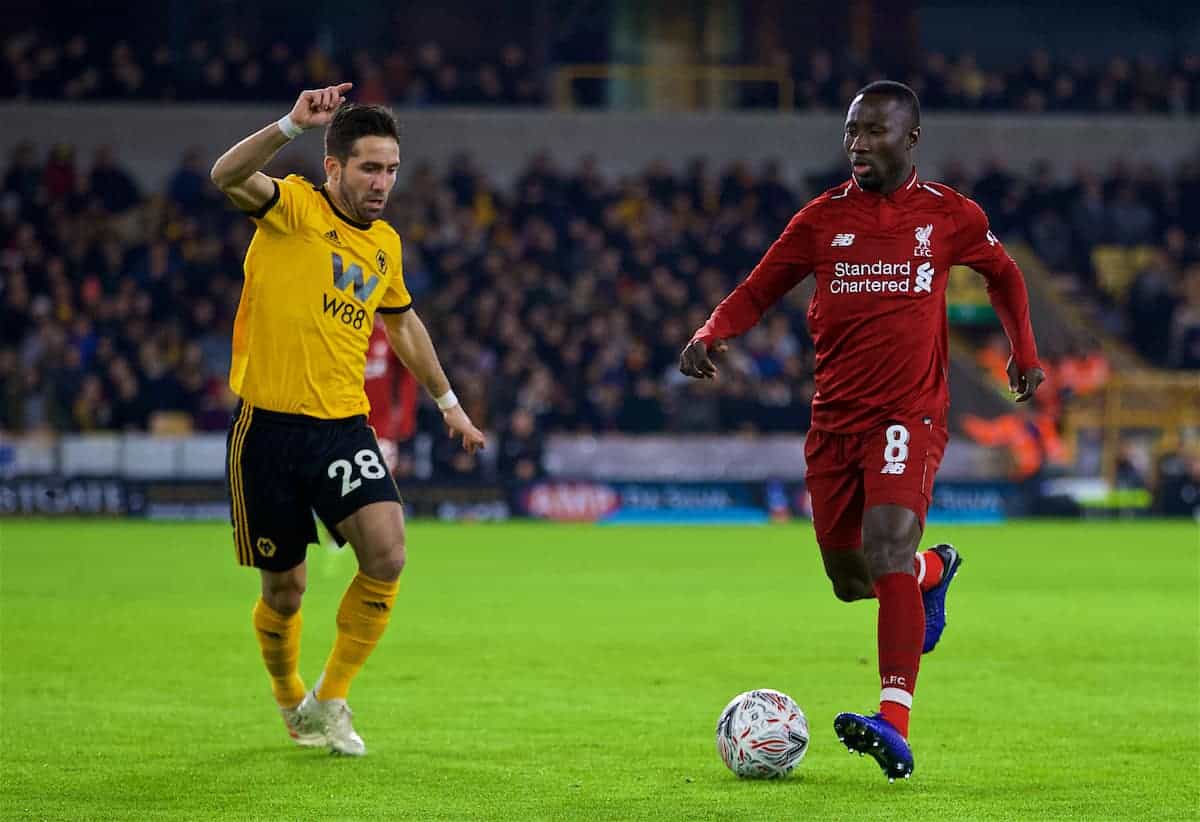 Liverpool bowed out of the FA Cup at the hands of Wolves on Monday night, with senior players criticised for their performances in a 2-1 defeat.

A much-changed Reds side never got going at Molineux, on a strange evening that saw another chance of silverware squandered.

Jurgen Klopp handed debuts to both Rafa Camacho and Curtis Jones, while Ki-Jana Hoever also made his Liverpool bow after an early injury to Dejan Lovren.

A makeshift Reds defence struggled at times, so it was no surprise to see Raul Jimenez fire the hosts in front.

Divock Origi equalised with a well-taken effort after the interval, but Ruben Neves sent Liverpool packing with an excellent long-range strike.

It was far from a perfect night, but in the grand scheme of things it is no disaster, with bigger challenges on the horizon. 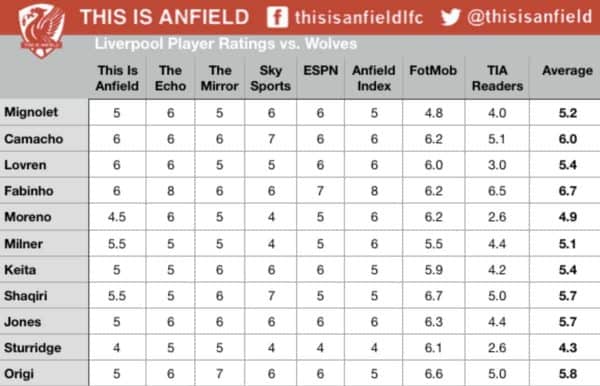 Although not given a rating by most publications because he didn’t start the game, the impressive Hoever was a rare positive at Molineux.

The 16-year-old looked a mature figure at the back, with This is Anfield’s Joel Rabinowitz naming him Man of the Match, as a “player with bags full of potential.”

Fabinho (6.7) also shone in a rare central defensive role, on an evening when too many other experienced heads failed to turn up.

The Brazilian was the highest-rated Reds starter and the Liverpool Echo‘s Paul Gorst felt he “didn’t put a foot wrong all game.”

ESPN’s Glenn Price was similarly impressed, saying Fabinho now “might find himself starting in the same position against Brighton on the weekend.”

Unfortunately, too many other players were well below their best, with nobody recording a lower average than a horribly below-par Daniel Sturridge (4.3).

This is Anfield’s readers gave him an almost embarrassing average of 2.6, while Anfield Index’s Leanne Prescott described the striker as “uninspiring throughout.”

Naby Keita (5.4) was another who fluffed his lines when given the chance to impress, as his difficult maiden season on Merseyside continues.

Rabinowitz was left frustrated by the Guinean, saying he “needs to offer more,” while Price believes he is “far too inconsistent at the moment.”

Even the normally reliable James Milner (5.1) was off the boil and Gorst highlighted the fact that he seemed “strangely unable to help out his less experienced team-mates.”

Next up for Liverpool is a vital Premier League game on Saturday afternoon, as Klopp and his players travel to Brighton.

Only a win will do, as the Reds aim to bounce back from consecutive defeats.