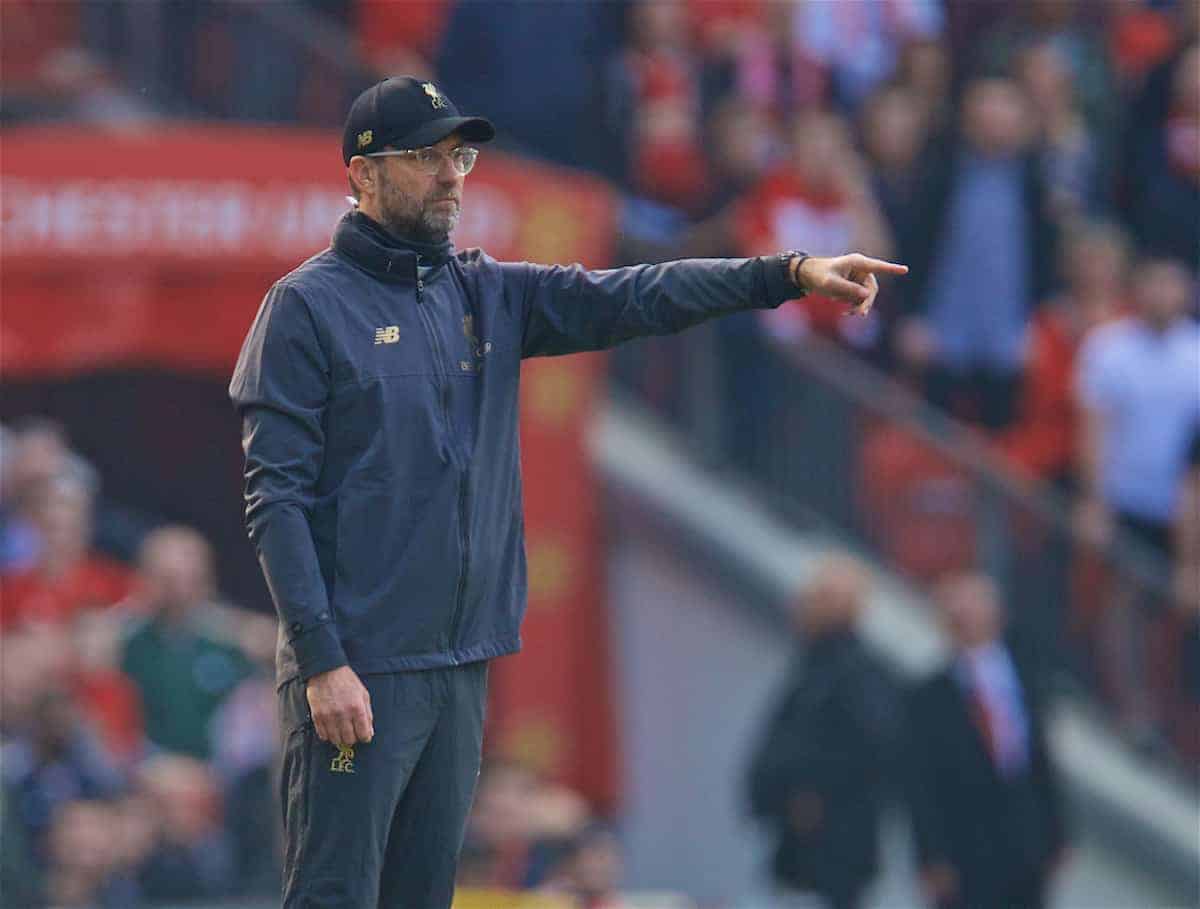 Liverpool manager Jurgen Klopp was satisfied with the point against Manchester United which took his side back to the top of the Premier League.

A goalless draw dominated by more injuries than chances was enough to lift the Reds back above Manchester City, who had been top on goal difference having played one match more.

So despite the frustration at an opportunity missed after United lost Ander Herrera, Juan Mata and his replacement Jesse Lingard all to hamstring injuries in a first half in which Roberto Firmino also limped off with an ankle problem the title remains in Liverpool’s hands.

Asked whether it was two points dropped or one gained Klopp said: “Both. But we have a point more and that is good.

“Before the game, with the shape United were in, a lot of people would have expected it would be the worst moment to face United but the start of the game was brilliant.

“Then the injury crisis started and it obviously cost us rhythm. I’m not saying it should have happened but it did happen and then it was a completely strange game.

“Of course we expect more from ourselves to play better football but we’ll take a point, it’s one more than people probably expected.

“Today the performance was good enough for a draw at United and everyone feels it could have been more.

“Now everything is equal again game-wise and now let’s play the rest of the season.

“People can say ‘Man City are doing better’ but we don’t compare ourselves with that because we have to get the points our own way.

“There are different ways to be successful and so far we were successful. That’s 100 per cent true.

“I get there has been a few too many draws in the last couple of games but, still, we are where we are so let’s go on.”

Mohamed Salah, the Premier League’s joint top scorer, made it four matches without a goal against United, one of only two top-flight teams he has failed to score against, but Klopp was not concerned by his low-key performance.

“I am not here to be disappointed,” he added.

“Mo knows he can play better than he did today, we know he can. Today obviously, (Victor) Lindelof and (Luke) Shaw together did a pretty good job.”

United caretaker boss Ole Gunnar Solskjaer was taken aback by the flurry of first-half injuries but was pleased with the way his side coped.

“I’ve never seen the like of this before, three hamstrings in the first half,” he said.

“[Marcus Rashford] was kicked, did his ankle straight away we should have taken him off as well, we played with 10 and a half but Rashy’s attitude made up for it.

“I learned a lot about the players today, Scott McTominay was a ‘Darren Fletcher’ for us, absolutely fantastic.

“Andreas [Pereira] has had criticism lately but he’s had to come on and I thought he did fantastic so I learned a lot about the character of the team.

“I was very impressed by my team today: the attitude, the character we showed in adversity because everything that could’ve gone wrong in the first half went wrong.”