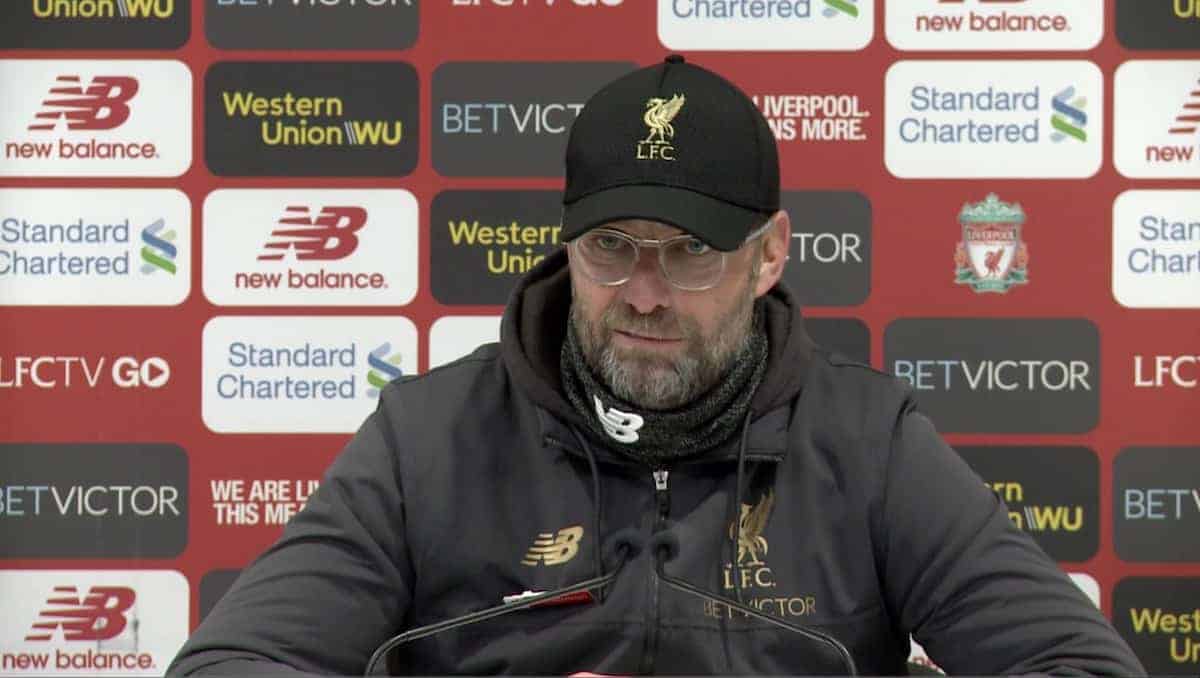 Jurgen Klopp described Liverpool’s 5-0 victory over Watford as “exactly the performance we wanted,” after two difficult draws on the bounce.

The Reds were held by both Bayern Munich and Man United, putting the pressure on to make a statement on their return to Anfield in the Premier League.

Fortunately, through braces from Sadio Mane and Virgil van Dijk and a goal from Divock Origi, they did just that, keeping their place at the top of the table with another big win over Watford.

Speaking to reporters after the game, Klopp made his delight clear, as he hailed a “really fantastic football game,” on a night when title rivals Man City struggled to a 1-0 victory at home to West Ham.

“It was exactly the performance we wanted. We win 5-0 and everyone performed well…the centre-halves performed, the goalkeeper,” he explained.

“Exceptional; the crossing, the runs inside. What can I say? It was a really fantastic football game. I am happy for the boys.

“We want to play like this every day. That’s maybe sometimes possible, sometimes not.

“It’s good, it’s a very good example of how football should look. Let’s try and do it again.” 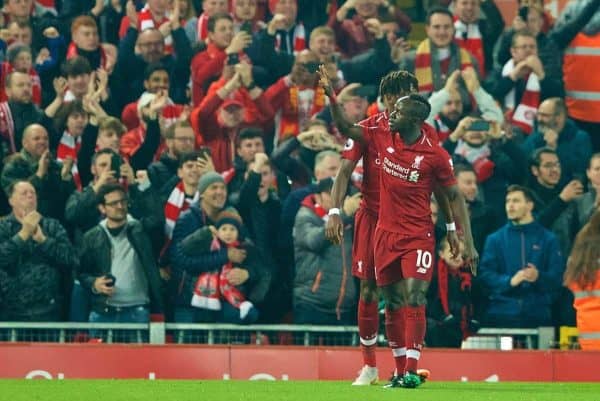 Their next opportunity comes away to Everton on Sunday, and with Roberto Firmino ruled out in midweek the hope will be that the Brazilian returns to fitness for the trip across Stanley Park.

Mane started up front in his stead, however, and could give Klopp food for thought as he made a major impact in an unfamiliar role leading the line.

“In that position you need somebody who can play in small spaces, offers in behind,” the manager assessed.

“We have other players who can play that but not in the way Sadio can.”

The Senegalese’s efforts up front allowed Mohamed Salah to torment left-back Adam Masina in his natural position on the right, and after criticism for the No. 11, Klopp was clearly pleased with his response.

“How Mo played tonight…exceptional. You pretty much can’t defend against him [when he plays like] tonight,” he said.

It was a perfect night for Liverpool, and with Klopp looking for the same again on Sunday, it could be a Merseyside derby to remember.