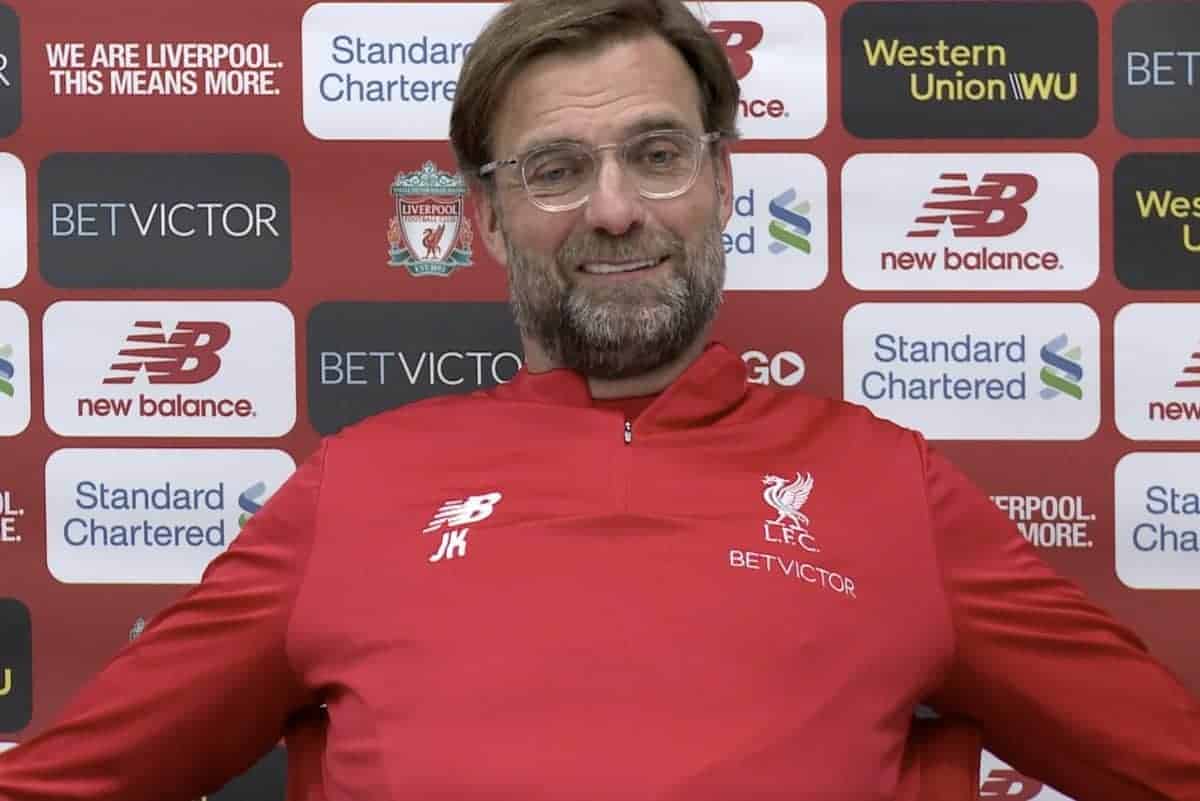 Jurgen Klopp looked to play down the significance of Sunday’s clash with Man United, as Liverpool hope to return to the top of the Premier League with a victory.

The Reds face an enormous challenge on Sunday afternoon, aiming for a first win at Old Trafford since 2014, against a side given a new lease of life by Ole Gunnar Solskjaer.

Victory would take Klopp’s men three points ahead of Man City with the same number of games played, with a draw also restoring them back to the Premier League‘s summit.

It feels like Liverpool’s most important match of the season to date and there may be no harder game between now and May.

Speaking at Melwood on Friday morning, Klopp looked ahead to the match itself.

The Liverpool manager admits United will be a tough proposition, having thrived ever since the dismissal of Jose Mourinho.

“It’s a big one. They are in a good moment, physically strong, defend and attack well. Full of confidence,” said Klopp.

“We will try everything to get a result there.

“We can’t make the game bigger, we just have to do the best we can do. I know what you have in your minds: for us it’s the worst moment to face United and the best moment for them.

“But it’s not that we go there as a weak opponent. We are a pretty well-organised football team.”

Klopp also praised the job Solskjaer is doing, with the former striker making a strong case for getting the United job on a permanent basis.

“He came in and found exactly the right words. I am really happy for him that he got this opportunity to show his quality,” the manager said.

“He brought in the things that Sir Alex Ferguson stood for. It makes them a threat again and back on track.”

The German touched upon the current injury situation, confirming that Dejan Lovren is still missing with a hamstring problem.

He also suggested that Fabinho will return to his favoured No. 6 role on Sunday, with two from Jordan Henderson, Gini Wijnaldum, Naby Keita and James Milner joining him.

Klopp seemed typically relaxed despite the magnitude of Sunday’s match, as he looks to mastermind the most precious of victories.