Liverpool face an almighty test on Wednesday evening, taking a 0-0 draw to Bayern Munich for the second leg of their Champions League last-16 clash.

European away days don’t come much more glamorous and high-profile than this.

For the first time since the Champions League‘s inception in 1992, the Reds visit Bayern, in the standout tie of the round.

The two sides shared a surprisingly low-key goalless draw at Anfield last month, with the result better for Niko Kovac’s team but far from disastrous for Liverpool.

It leaves the contest finely poised, as Jurgen Klopp returns to his homeland and attempts to dump one of his greatest adversaries out of Europe.

Sunday’s 4-2 win over Burnley was a welcome shot in the arm and the Reds must take that momentum with them to the resplendent Allianz Arena. 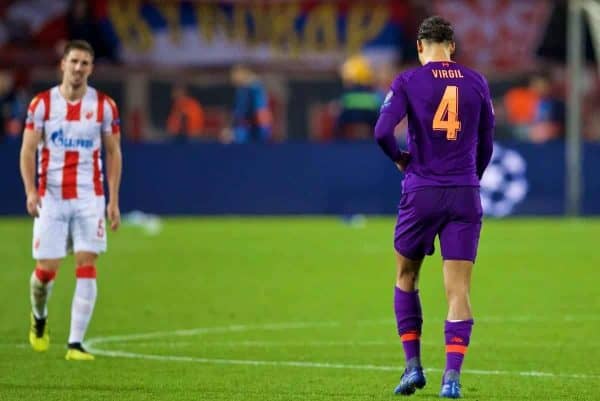 Klopp’s men have lost their last four games on the road in the Champions League, dating back to last season’s semi-final clash with Roma.

A big away performance is called for, especially after insipid showings at both Man United and Everton, and qualification for the quarter-finals would be another big achievement.

Bayern are flying at present, so if Liverpool don’t fire on all cylinders they may find themselves focusing solely on Premier League commitments come Thursday morning.

Joe Gomez, Alex Oxlade-Chamberlain and Rhian Brewster remain absent for Liverpool, and Naby Keita will also miss out after playing no part in training on Tuesday.

Trent Alexander-Arnold was substituted against Burnley and has been a slight doubt, but he looks set to start at right-back.

Joel Matip should retain his place alongside Virgil van Dijk—the Dutchman is back after suspension in the first leg—despite Dejan Lovren‘s return to fitness.

Andy Robertson and the front three of Mohamed Salah, Sadio Mane and Roberto Firmino are all fit and raring to go, leaving midfield as Klopp’s only selection headache.

Fabinho‘s calm, influential form in the No. 6 role means he is indispensable in Munich, but who will join him? 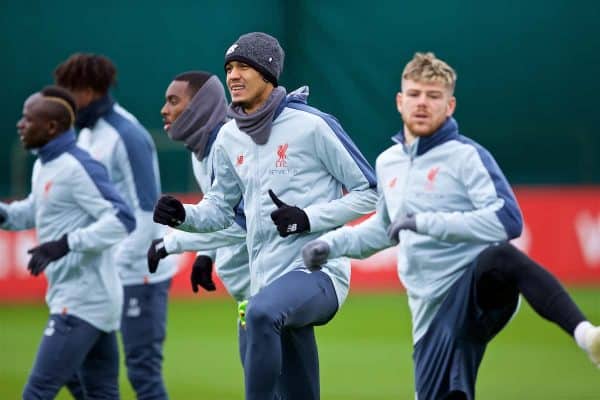 Gini Wijnaldum has cut a tired figure in the last few games which could lead to a surprise omission, with Jordan Henderson and James Milner waiting in the wings.

Adam Lallana impressed on Sunday and may feel he deserves to retain his place.

Joshua Kimmich and Thomas Muller are both suspended for Bayern and Corentin Tolisso is out with a cruciate ligament injury. 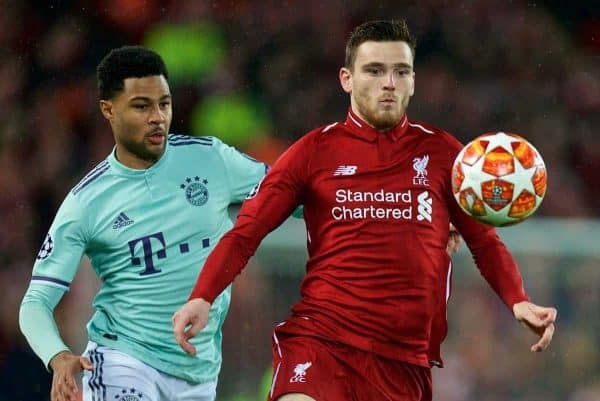 Veteran winger Arjen Robben has also been ruled out, meaning Serge Gnabry and Franck Ribery could start on either wing, either side of Robert Lewandowski. 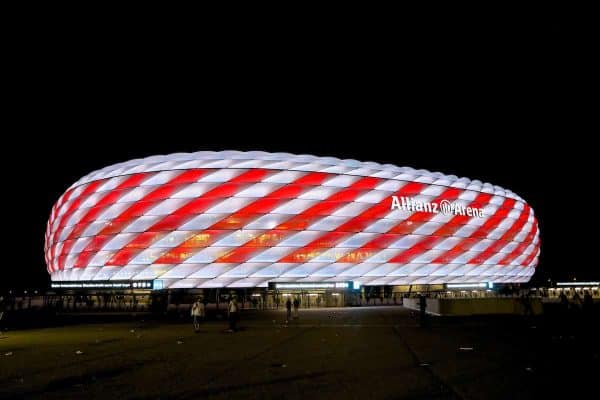 After a double on Sunday, Mane has now scored eight goals in his last nine Reds appearances.

It started with a well-taken finish against Crystal Palace in January, before strikes against Leicester, West Ham and Bournemouth in the next three consecutive matches.

The Senegalese has also registered braces at home to both Watford and Burnley, as he finds top form at a vital point in the season.

There is a strong argument to say that he has been Liverpool’s most consistent attacking player this season, ahead of Salah and Firmino. 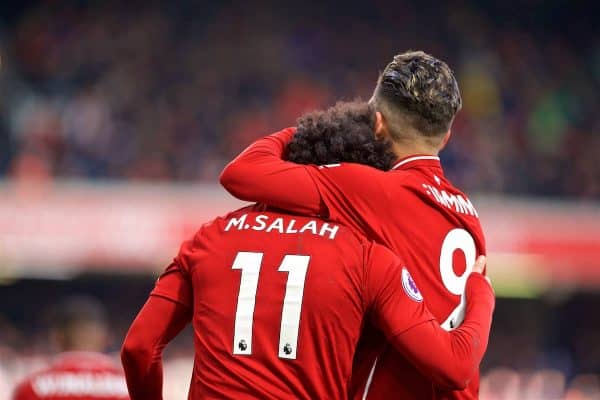 Speaking to the club’s official website ahead of the much-anticipated game, Klopp insisted Liverpool would need to be “exceptional” to secure progress:

“We are strong enough to give them a proper game and that’s the only thing you can expect in a situation like that, in a good situation.

“That’s what I’m thinking about: how can we cause them problems they have never had in the season so far against other opponents?

“They have, of course, really strong opponents but if we are at our best we can be exceptional.

“But we have to be, actually—if we play a normal game there we have no chance and then we should go out.”

Bayern Munich vs. Liverpool is on BT Sport 2 from 7pm (GMT) and kickoff is at 8pm.

Ben Twelves is in charge of our matchday live blog from 7.15pm, as he talks you through the action.