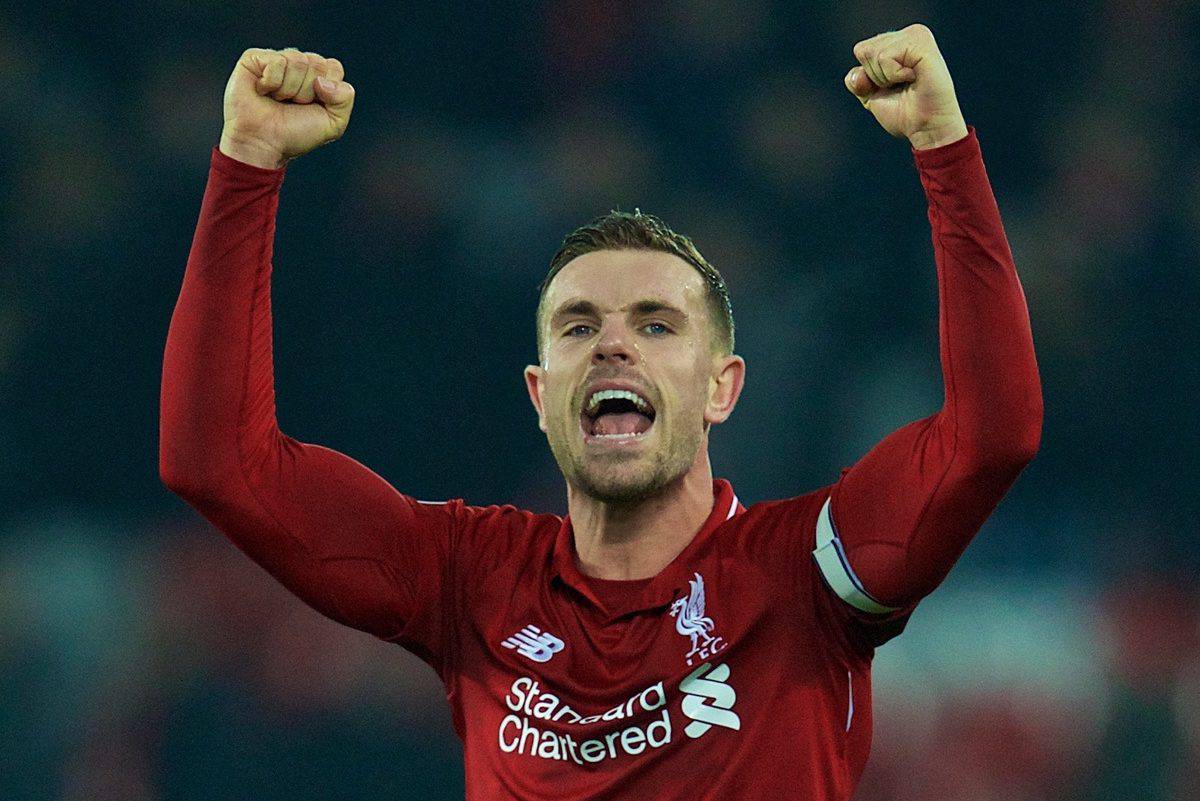 Jurgen Klopp has named Jordan Henderson in his starting lineup this afternoon, making one change as Liverpool take on Everton at Goodison Park.

The Reds head across Stanley Park for the 233rd Merseyside derby today, with pressure on to secure victory after Man City‘s 1-0 win over Bournemouth on Saturday.

Three points would see Klopp’s side return to the top of the table, and after the dramatic 1-0 win over Everton back in December it could be another double over our rivals.

Klopp has made just one alteration from his selection from the 5-0 mauling of Watford in midweek, with Liverpool set to line up in a 4-3-3 formation.

Alisson remains in goal, with the Brazilian lining up behind a back four of Trent Alexander-Arnold, Joel Matip, Virgil van Dijk and Andy Robertson.

All four of the Reds’ defenders came in for significant praise in the buildup to this game, with the manager describing the underrated Matip as “a really high-class player.”

In midfield, Fabinho is poised to start in the No. 6 role, joined by Henderson and Gini Wijnaldum.

Mohamed Salah, Divock Origi and Sadio Mane make up Klopp’s attack, with Salah chasing the record for the fastest to score 50 Premier League goals for a single club and Mane looking to follow up his brace on Wednesday night.

Among those named on the substitutes’ bench are Naby Keita, Xherdan Shaqiri and the returning Roberto Firmino.

James Milner is the player to have made way for Henderson, with Klopp explaining before the game that this is due to a minor hamstring issue, adding that “there is no reason for risk.” 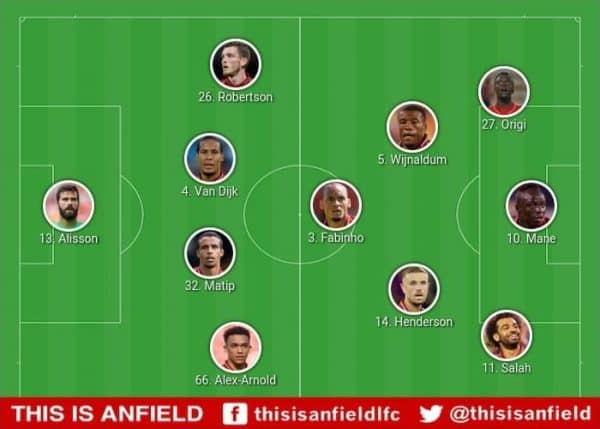