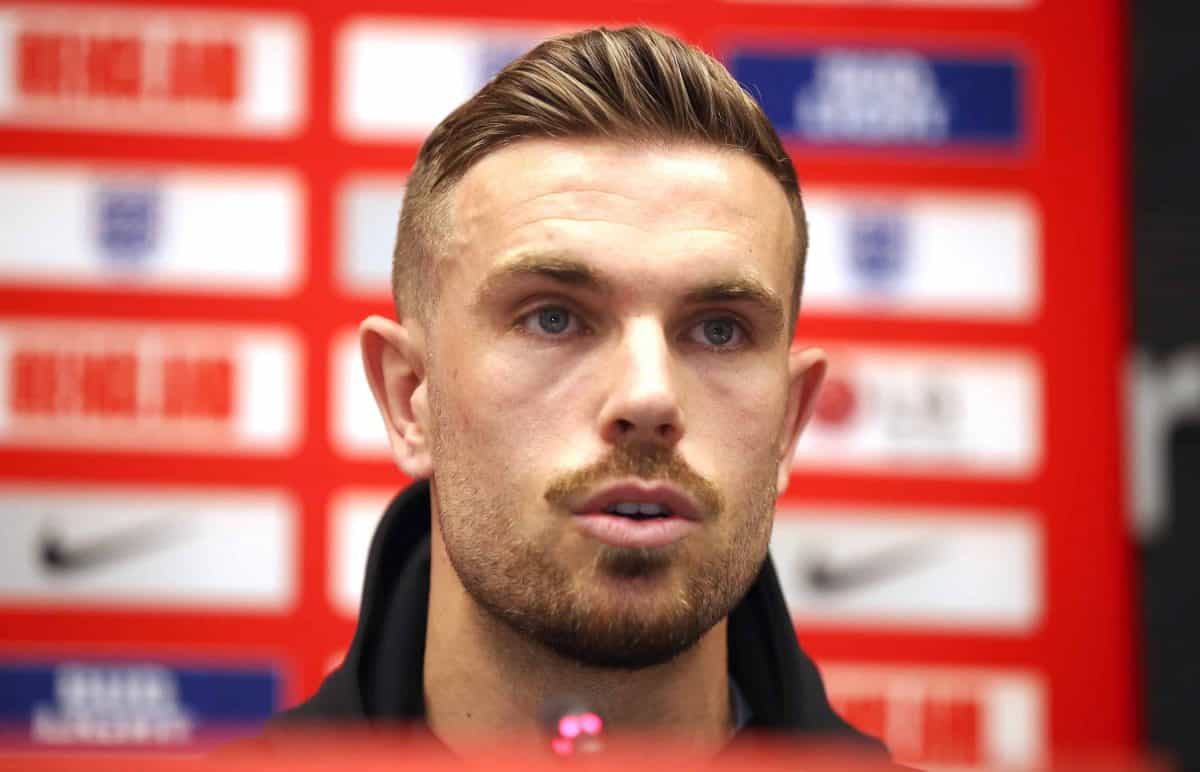 England take on Montenegro in Podgorica looking to continue their winning start to the Euro 2020 qualification campaign.

Henderson reached 49 caps in Friday’s 5-0 thrashing of the Czech Republic and the Liverpool man will achieve the half-century landmark at the Gradski Stadion if selected.

While the player himself played down the achievement, Southgate was keen to praise a man who he believes has gone under the radar at times.

“Firstly, only 59 players have achieved it, so it’s a relatively small club and a great honour,” Southgate, who is part of that number having amassed 57 caps, said when asked about Henderson making it to 50.

“That requires huge commitment to playing for England, first and foremost. And then, on a personal level, Jordan’s qualities as a player – which I think have been underappreciated at times – he’s such an important player for us and has been for the last couple of managers.

“Everybody values the fact that he has a winning mentality. Good players make other players play well.

“It’s not just about your own performance, but the impact and effect you have on others. When you’re a leader like he is, that is among his top qualities.”

Henderson made his senior England debut in 2010 and has gone on to become the most experienced international in Southgate’s largely inexperienced squad. Only Manchester City pair Kyle Walker and Raheem Sterling are in the 40s when it comes to caps – but it is the 28-year-old Henderson who leads the way.

However, the honour of winning 50 caps is something the former Sunderland man plans to look back on once his playing days have come to an end.

“Hopefully, if I play, then I’ll obviously be very proud to have played for my country that many times,” he said.

“But I won’t think about it too much. Maybe I will when I finish my career and can look back.

“But at the moment I want to concentrate on doing my best for the team, giving everything for my country.

“When I finish my career, I’ll look back and decide whether I’m satisfied or not.”