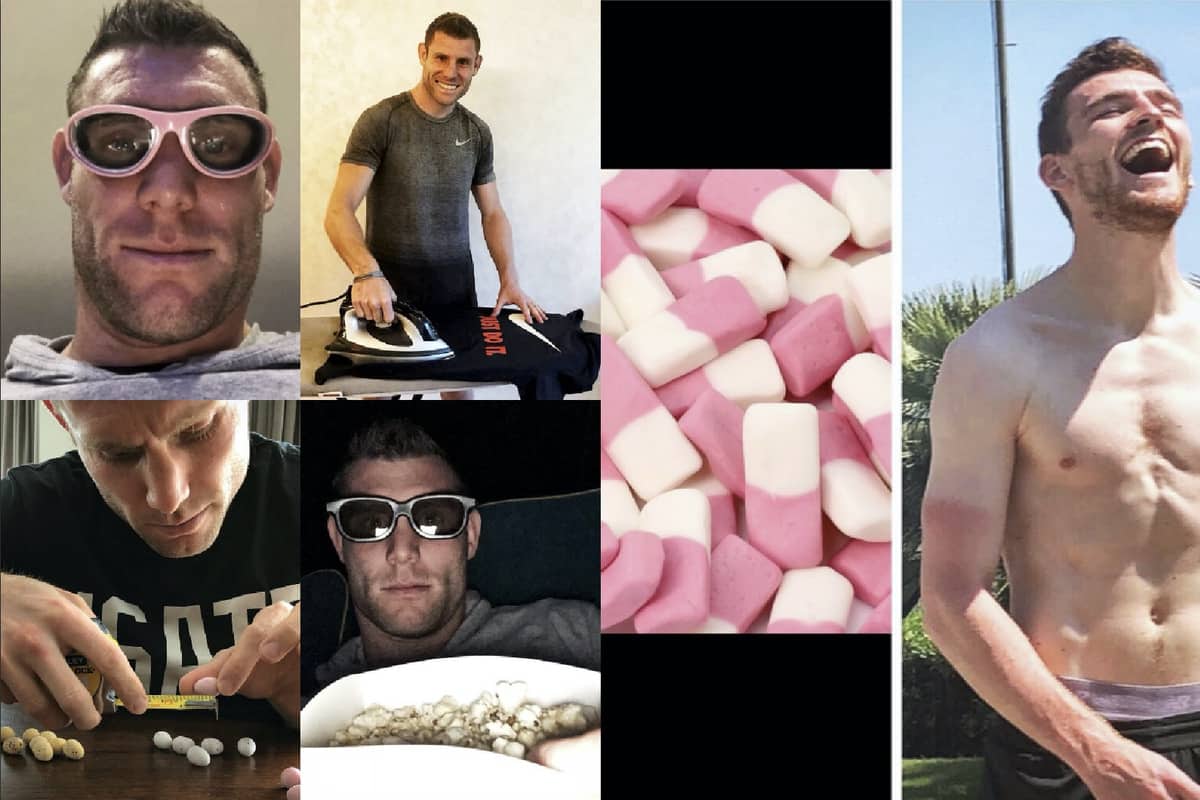 James Milner is celebrating the one-year anniversary of his first foray into social media, with the Liverpool midfielder making a big mark over the past 12 months.

At 33, Milner is the oldest player in Jurgen Klopp‘s squad, with his high standards of professionalism keeping him at the top level of world football as he nears the end of his career.

That same approach led to the affectionate nickname of ‘Boring James Milner‘, and while this is clearly not the case if his team-mates are to be believed, it is one that stuck.

#TBT to yesterday…. when I wasn't on Twitter! ?? pic.twitter.com/TJy4RxHZJx

Now one year on, Milner is well established on both Twitter and Facebook, and few from the Liverpool first team can match his efforts.

Here, we take a look at the best bits from the No. 7’s first 12 months on the internet.

What Easter is all about… trying to find the perfect sized mini egg ? #10mm #HappyEaster pic.twitter.com/oyiHW5ePLu

Anyone else love trying to find a pack of mini eggs with equal colours? ? #HappyEaster #sundayfunday

His selfies have been top level…

Looked like great scenes in the dressing room… I heard them from the drug testing room ?? #waitforme #celebrateonmyown #hopeshowerstillhot

When you’re such a big Bobby fan you’re rocking these at home ? ? #SuperBobby #Whataplayer #BeingBobbyisfun

As have his one-liners…

Delayed flight means I got to play just in front of the second most expensive defence in the world #vvd #stopsanything pic.twitter.com/bk0abWOL7d

“So, I’m gonna put his rent up and not fix those taps…” ? pic.twitter.com/opTfp08mfo

This woman has the hardest job in the world.#cantpolishaturd pic.twitter.com/pz6Mwg9LJp

Our No. 7 wasn’t happy about his failed modelling career…

Handsome bunch… no shame in not making cut… I must be doing the away kit ? https://t.co/EEem9zGJCd

Grey Violet can’t be my colour either ? Wonder what colour the 4th kit will be? ?? https://t.co/sml5Uk8W0w

Robbo has been the brunt of many jokes…

Not just fans get to wear their favourite player’s shirt! No sunburnt arms today for @andrewrobertso5 #26 #yourewelcome #leftbackunion pic.twitter.com/E0R00Fs19j

Delighted for this guy signing a new deal, well deserved ??
Only downside is we have to receive hospital passes from him in the box for a few more years! #anywherewilldo #5050pass #atleasthecrossesitona6pence pic.twitter.com/drw8BW41hI

Just been training with birthday boy @andrewrobertso5 – although no evidence that the extra year of wisdom has kicked in yet?? #topman #topplayer pic.twitter.com/QWnSvLsRvm

But Milner paid respect to the King…

There was a great crowd shot pre-Everton, and honesty post-PSG…

This just about sums it up… but one big night at Anfield and we're through #YNWA #championsleague pic.twitter.com/S8U3HrPfUD

And Milner loves a throwback…

#TBT 364 days ago…. tougher times before I got my deluxe elite steam 3000 iron ? #mysortofgadget #lifebeforesocialmedia pic.twitter.com/2eVA74VSAG

But the best so far actually came from Stephen Warnock!