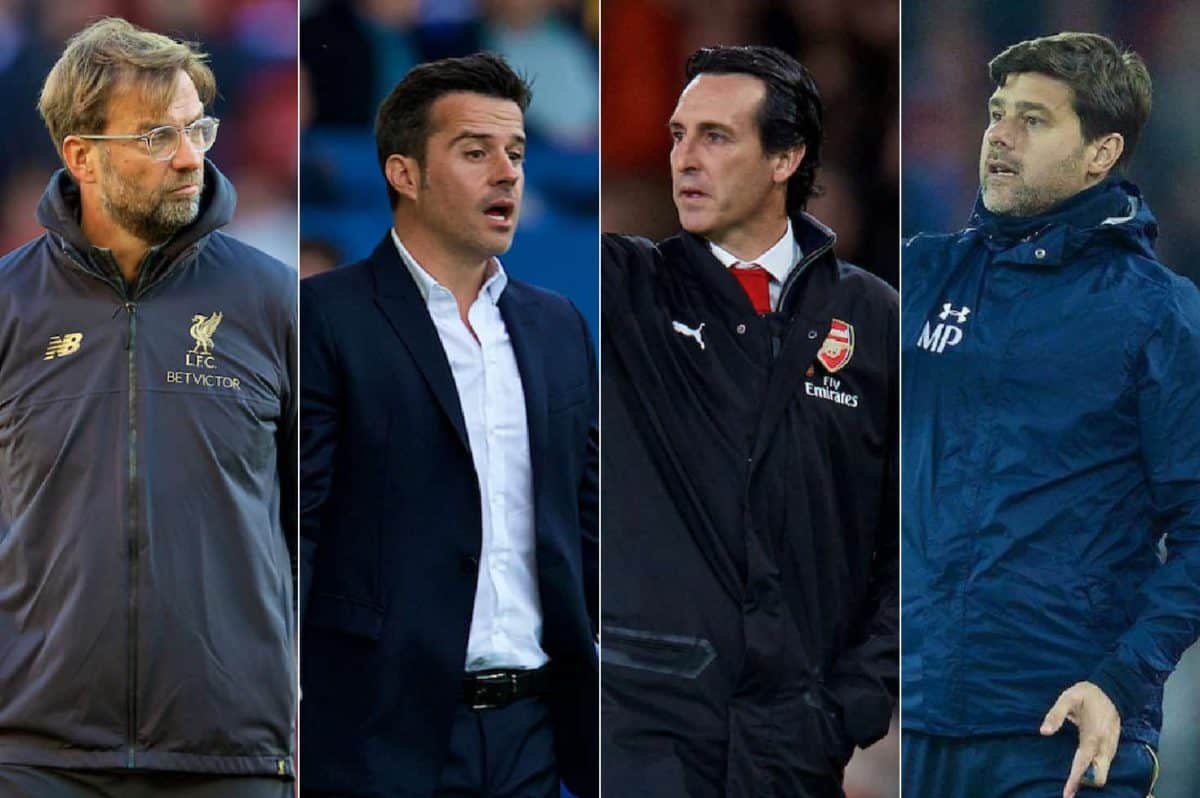 Another enthralling weekend of Premier League action awaits, with vital matches taking place up and down the country—including the Merseyside derby.

Liverpool roared back into form on Wednesday night, dispatching of Watford 5-0 at Anfield and retaining their one-point lead over Man City.

Jurgen Klopp‘s men face a stern test this weekend, with Everton awaiting in the Merseyside derby, hellbent on damaging their rivals’ title hopes.

The Reds should be too strong for their opponents, but derbies always have the potential to cook up something unpredictable.

Away from the much-anticipated clash, there are nine more top-flight games to look forward to, one of which directly impacts Liverpool.

Tottenham‘s title hopes have gone up in smoke in the last week, with back-to-back defeats to Burnley and Chelsea surely ending their dream for another year.

The main aim for Mauricio Pochettino and his players is to stay in third place, with a crucial north London derby on the horizon on Saturday.

Spurs are now only four points clear of Arsenal, so defeat to the Gunners would make things very interesting, even in terms of a top-four finish.

Pochettino’s men are still superior to their adversaries, however, and they will have too much.

Man City are not going away without a fight, which is no surprise.

The champions do not look entirely convincing at present, though, with injuries to key players testing what is an admittedly formidable squad.

They visit Bournemouth on Saturday afternoon, in what could either be a spring stroll in the park or an awkward 90 minutes.

The Cherries will attack City, which is likely to play into the visitors’ hands, but they do have quality that can hurt the top teams.

Nathaniel Clyne will do his best to help out of his permanent employers but City should prevail.

Brighton find themselves very much in the relegation mix, having seemingly been well clear of danger at one point.

They are only two points ahead of the drop zone, admittedly with a game in hand, making Saturday’s visit of bottom-placed Huddersfield vital.

The Terriers are essentially doomed, despite a late win over Wolves in midweek, but they can do their fellow strugglers a favour at the Amex.

It should a much-needed win for the hosts.

Two more teams who are not yet safe meet at Turf Moor, as Burnley entertain Crystal Palace.

Both are good enough to pull away from the pack in the remaining 10 games, but a few more bad results could lead to panic setting in.

This is unlikely to be a game you stay up to watch on Match of the Day, with Burnley dogged in style and Palace sitting back and looking to hit their opponents on the counter-attack.

A point apiece is likely—Sean Dyche and Roy Hodgson would arguably both take it.

Ole Gunnar Solskjaer continues to impress at Man United, inspiring Liverpool’s rivals to a 3-1 win at Palace on Wednesday evening.

The fight for a top-four finish is becoming a thrilling one and United should add three more points to their tally on Saturday.

Southampton head to Old Trafford desperate for points, although the midweek win over Fulham has eased their nerves significantly.

Under Jose Mourinho, it was easy to envisage United drawing a game like this, but with Solskjaer at the helm that is unlikely.

Wolves still sit seventh in the table, despite a shock defeat to Huddersfield on Tuesday.

There is a risk that their season could peter out a little in terms of intensity, although the lure of European football next season may prevent that.

Wolves should be too good, but Neil Warnock is capable of springing surprises.

The Saturday evening offering doesn’t look a classic on paper.

West Ham could be the first team to ‘hit the beach’ this season, sitting mid-table and with little to play for.

Rafa Benitez is still doing a wonderful job, especially considering the off-field issues at St James’ Park, and his side may get something in east London. 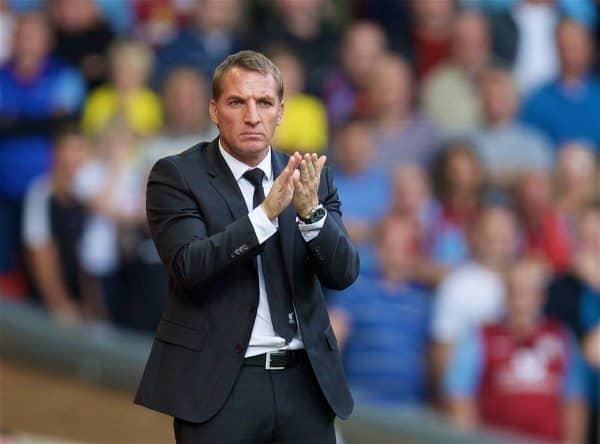 On a day that sees Sky Sports host a triple-header of Premier League action, this is the match to avoid.

Watford‘s visit of Leicester has little riding on it as a contest, with defeat for either not proving too problematic.

Former Liverpool manager Brendan Rodgers will take charge of his first game as Foxes boss, which does at least give the game a slightly interesting edge.

A draw sounds about right.

Prior to Liverpool’s trip to Everton, Chelsea face a derby of their own—if you’re really calling their clash with Fulham a derby!

The Blues are red-hot favourites to get the better of Fulham at Craven Cottage, with Claudio Ranieri’s men close to being as doomed as Huddersfield.

An easy away win.