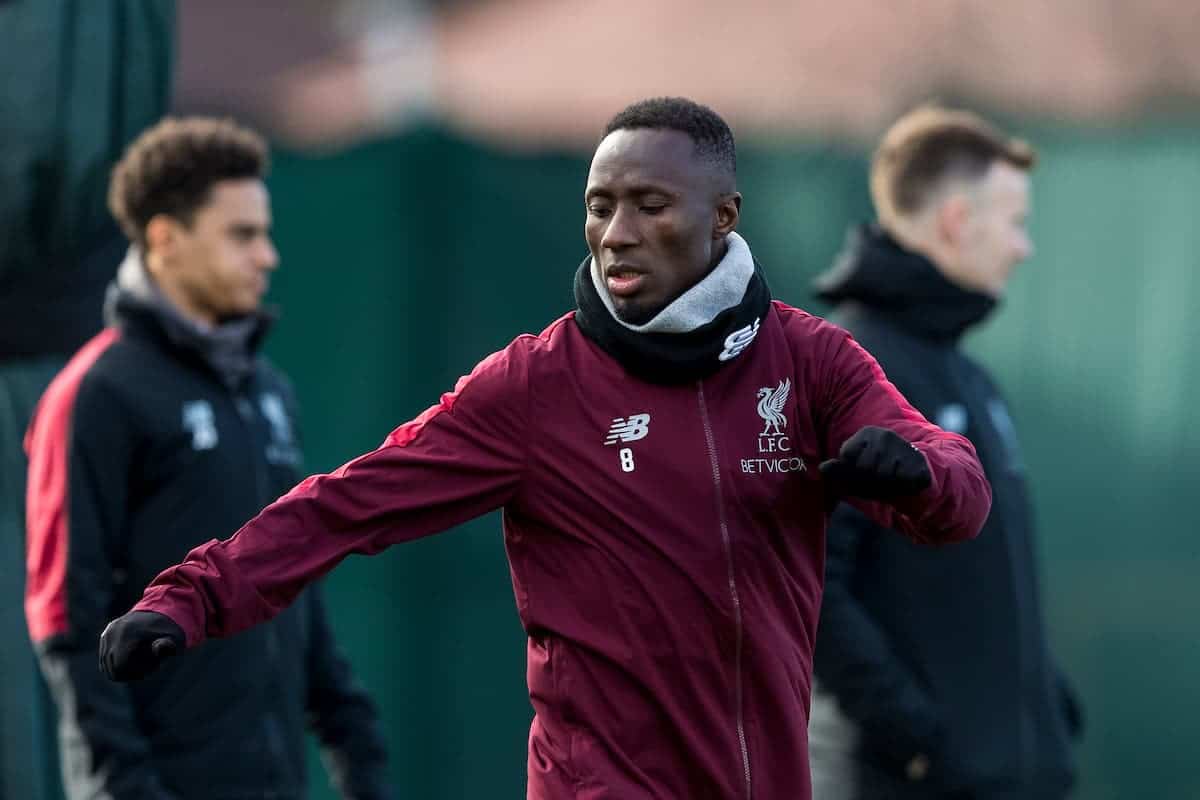 Jurgen Klopp has welcomed his Liverpool squad back to Melwood, with Naby Keita among those training on Tuesday ahead of Sunday’s clash with Tottenham.

The Reds will play their 32nd Premier League game of the season this weekend, when they take on third-placed Spurs in a 4.30pm kickoff at Anfield.

Though the majority of his first team departed for international duty and will not return until later in the week, Klopp oversaw two sessions at the club’s training ground on Tuesday.

Joe Gomez took part in the first, as the centre-back made a big step in his recovery from long-term injury, with the manager explaining he then trained separately in the afternoon to “work on his endurance.”

The Telegraph‘s Chris Bascombe reports that Gomez “is not likely to feature” against Spurs, which comes as no surprise, and with Trent Alexander-Arnold in rehabilitation for a back injury, James Milner could start at right-back.

Milner was part of the squad to play a small-sided game at Melwood as preparations begin for a crucial tie in the title race.

Pictured along with Milner was Keita, who missed the wins over Bayern Munich and Fulham, along with Guinea’s Africa Cup of Nations qualifier against the Central African Republic, due to a minor injury.

Mohamed Salah, Joel Matip, Adam Lallana and Daniel Sturridge were among the other senior players to report for training, as well as Alberto Moreno, who spent the break in Rome with Lucas Leiva ahead of a rumoured free transfer to Lazio.

Getting closer to the comeback… ?? @liverpoolfc

Rhian Brewster moved nearer to his return from injury, and took to Instagram after training to express his delight in “getting closer to the comeback.”

Back from Wales duty, Ben Woodburn made up a young contingent of the squad along with Nat Phillips, Corey Whelan and Isaac Christie-Davies, who are all now regulars at Melwood.

The rest of Klopp’s squad will return to Merseyside in the coming days, with Mignolet, Divock Origi, Virgil van Dijk, Gini Wijnaldum, Andy Robertson and Dejan Lovren likely to be among the first.

Alisson, Fabinho, Roberto Firmino and Sadio Mane could be the last, with Brazil and Senegal both playing on Tuesday evening.