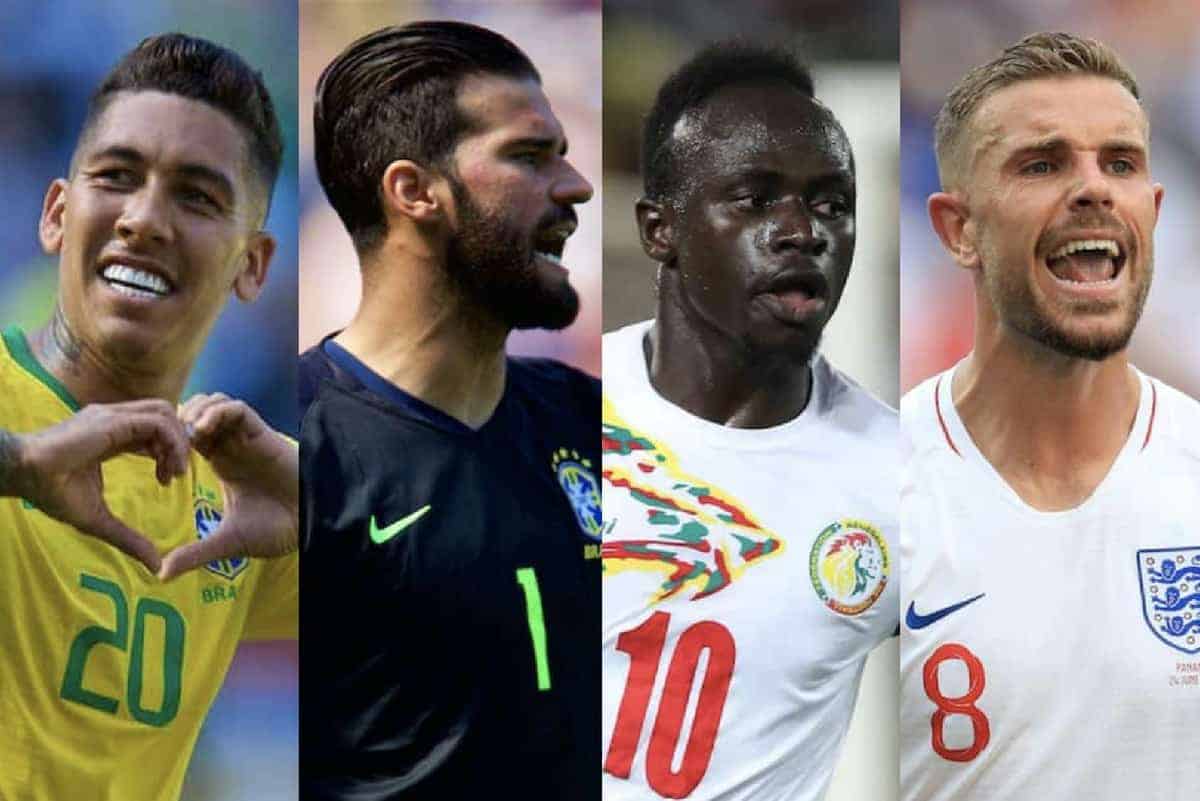 Two Liverpool forwards scored decisive goals to kickstart a comeback while another marked a big milestone in the final round of March internationals.

The Reds’ internationals were in action for the last time on Monday and Tuesday, fixtures which saw one come off the bench to inspire a comeback victory, while another reached a memorable landmark.

Sadio Mane had started Senegal’s game against Mali from the bench but was introduced to proceedings with his side one goal behind and 15 minutes left on the clock.

The winger, who has been in stunning form in 2019, secured an equaliser three minutes from time thanks to a powerful drive into the box and a left-foot finish across the goalkeeper—in what was his first goal for Senegal since the World Cup.

Despite time not being on his side, Mane then turned provider in stoppage time by feeding the ball to Moussa Konate across the six-yard box to complete Senegal’s comeback.

Jordan Henderson, on the other hand, earned his 50th cap for England on Monday evening after being introduced off the bench for the last 26 minutes of the Three Lions’ convincing 5-1 win over Montenegro.

The Liverpool skipper helped put the finishing touches on their second Euro 2020 qualifying win after picking up an assist for the fifth and final goal, with a sumptuous through ball which former Reds winger Raheem Sterling latched onto.

Elsewhere, the trio of Alisson, Roberto Firmino and Fabinho were all handed minutes in Brazil’s friendly against the Czech Republic.

Alisson played the full 90 after missing out on the previous game, while Firmino made his second consecutive start and, like Mane, scored the equaliser in their eventual 3-1 win.

Our No. 13 could do little to stop the Czech Republic’s opener, and while Firmino had struggled to make his presence known in the first half, it was a completely different story early in the second as his unrelenting pressure reaped its rewards.

The forward chased down a loose Czech pass in their defensive third and outmuscled a defender to slot the ball beyond their ‘keeper to help steer Brazil to victory.

Fabinho, meanwhile, was introduced into midfield with only three minutes left on the clock, replacing Firmino in what was his only outing for Brazil, having remained on the bench during the draw with Panama.

On the youth front, Taiwo Awoniyi played 78 minutes as Nigeria’s U23s secured a place in the final qualifying round of the U23 Africa Cup of Nations with a 4-0 win over Libya, successfully overturning a 2-0 first-leg deficit.

However, All Nigeria Soccer rated the 21-year-old their worst performer, reporting that he “looked stifled upfront” and produced “nothing spectacular.”

Rafa Camacho and the Portugal U19s secured their place in the U19 European Championship in the summer with a comfortable 4-0 win over Scotland, where the Liverpool youngster came off the bench for the final quarter of the game.

Despite having seen Xherdan Shaqiri and Trent Alexander-Arnold withdraw completely and Andy Robertson pull out of Scotland’s opening game, the close of the March internationals has seen Liverpool come out relatively unscathed.

The likes of Virgil van Dijk, Gini Wijnaldum, Ben Woodburn, Mane and Firmino have all found themselves on the scoreboard, while a host of Liverpool’s youngsters also took the opportunity to impress during their time with their countries.

With no casualties to speak of Liverpool and Jurgen Klopp can now firmly cast their eyes towards the final stretch of the season, which starts against Tottenham on Sunday.