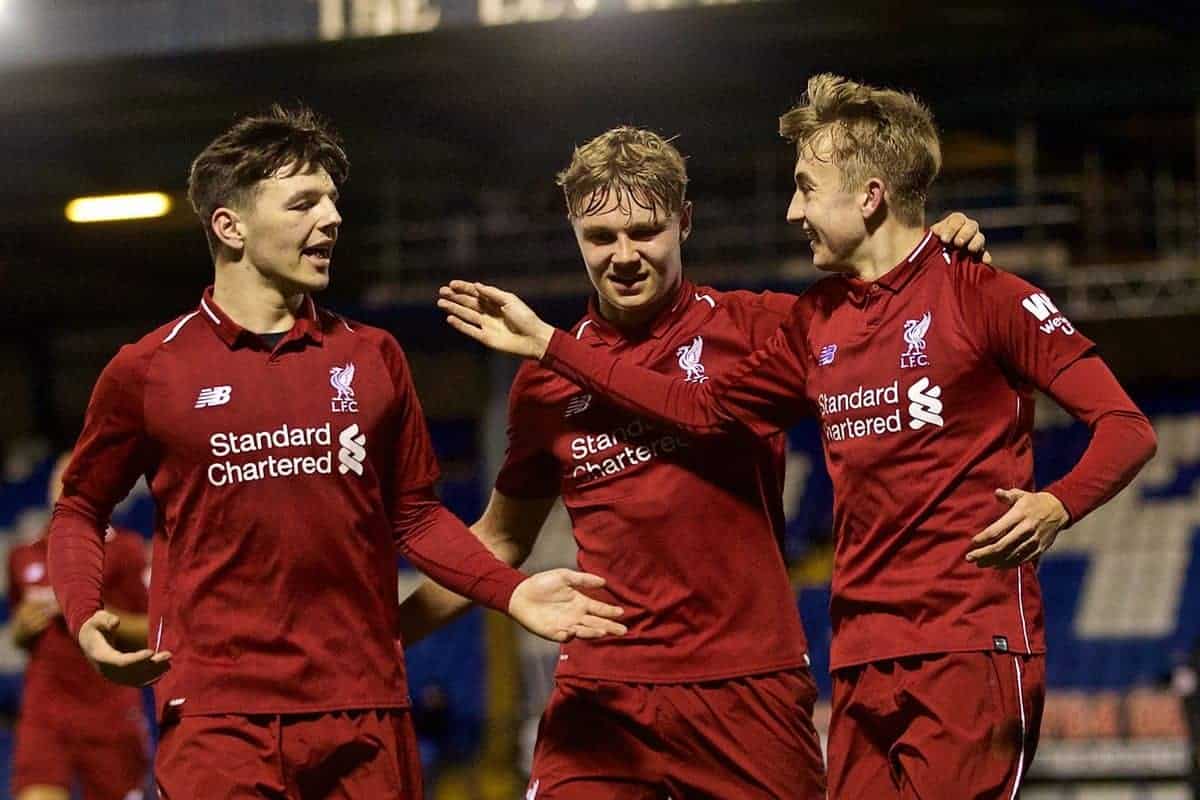 Liverpool’s U18s produced a fine performance to hammer Bury 5-1 in the FA Youth Cup quarter-finals to set up a last-four clash against Watford.

The young Reds have had an impressive season thus far and a big win over Bury has seen them march into the semi-finals of the FA Youth Cup.

Playing at Bury’s senior team’s home ground, Gigg Lane, Paul Glatzel and Bobby Duncan were both once again on the scoresheet to further prove their credentials as exciting prospects in the Reds’ academy.

The duo combined for the first goal early on, Glatzel rifling home as shown in the video above from The Emirates FA Cup account.

Jake Cain doubled the Reds’ lead before half-time, being alert to race onto a short back-pass and beat the goalkeeper from the edge of the box.

After the restart the onslaught continued, with Glatzel heading in his second moments into the second half.

Joe Adams pulled out a top-corner finish for Bury to reduce the arrears, but Liverpool were far too strong and Rhys Williams restored the three-goal lead with a deflected strike from close range, with around 20 minutes of the game remaining.

Another defensive lapse for Bury allowed Glatzel to race through, but instead of finishing for his hat-trick on the night, the skipper showed remarkable poise, awareness and selflessness to instead square and allow Duncan to roll home a goal of his own.

Both forwards have now hit the 25-goal mark for the season—26 in fact for Glatzel—and with them in form and the team playing extremely well, hopes will be high that they can go on to secure FA Youth Cup glory this season.