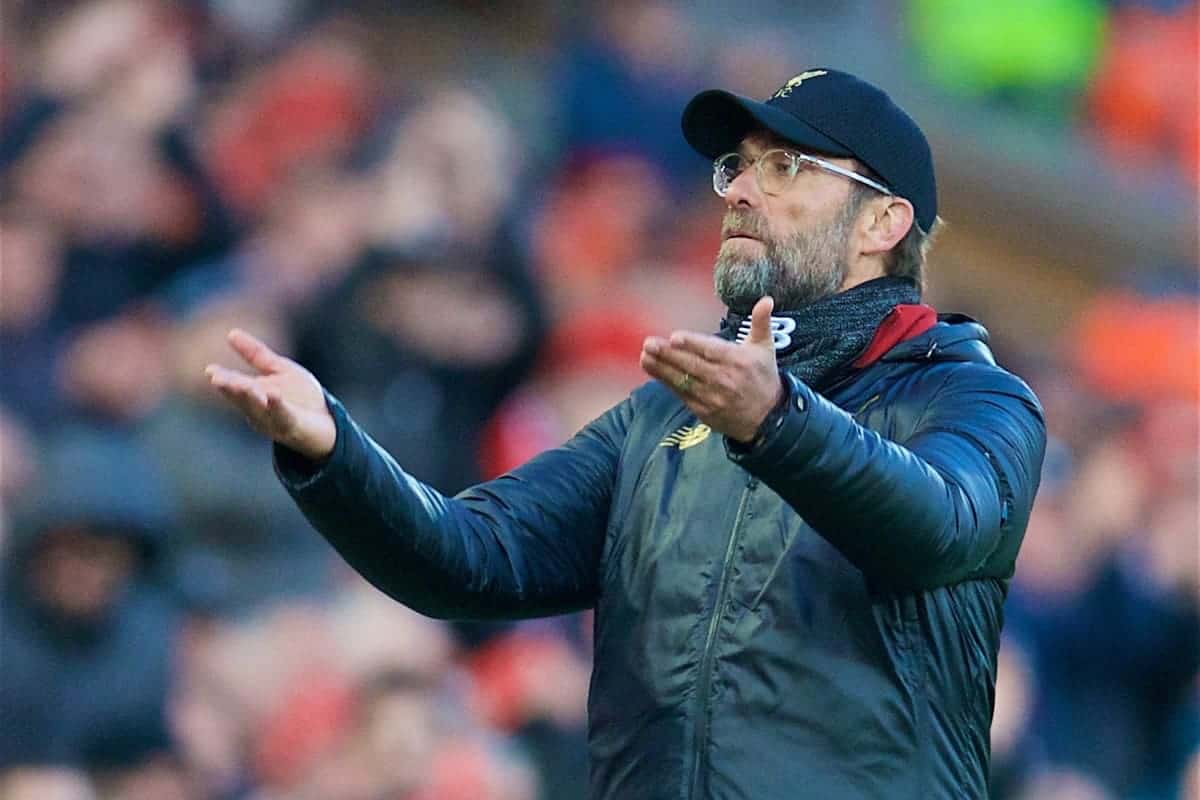 Liverpool manager Jurgen Klopp believes stability will be key in the title run-in.

The Reds’ destiny is no longer in their own hands after a goalless draw in Sunday’s Merseyside derby allowed Manchester City to regain top spot in the Premier League with a one-point advantage.

Despite criticism over their lack of creativity, things at the other end of the pitch remain the same with five-successive clean sheets in all competitions and a Premier League-best 17 shutouts this season with just 15 goals conceded in 29 matches.

“We are positive—how couldn’t we be positive?” Klopp told LiverpoolFC.com.

“There is a lot to come and a lot of games to play. What brought us here was the stability the boys showed.

“Then you have to finish them off, which we did very often but not [at Everton].

“The dynamic [at the top of the table] changed a little bit—now we are second, [City] are first.

“The season is not over and we will not give up.”