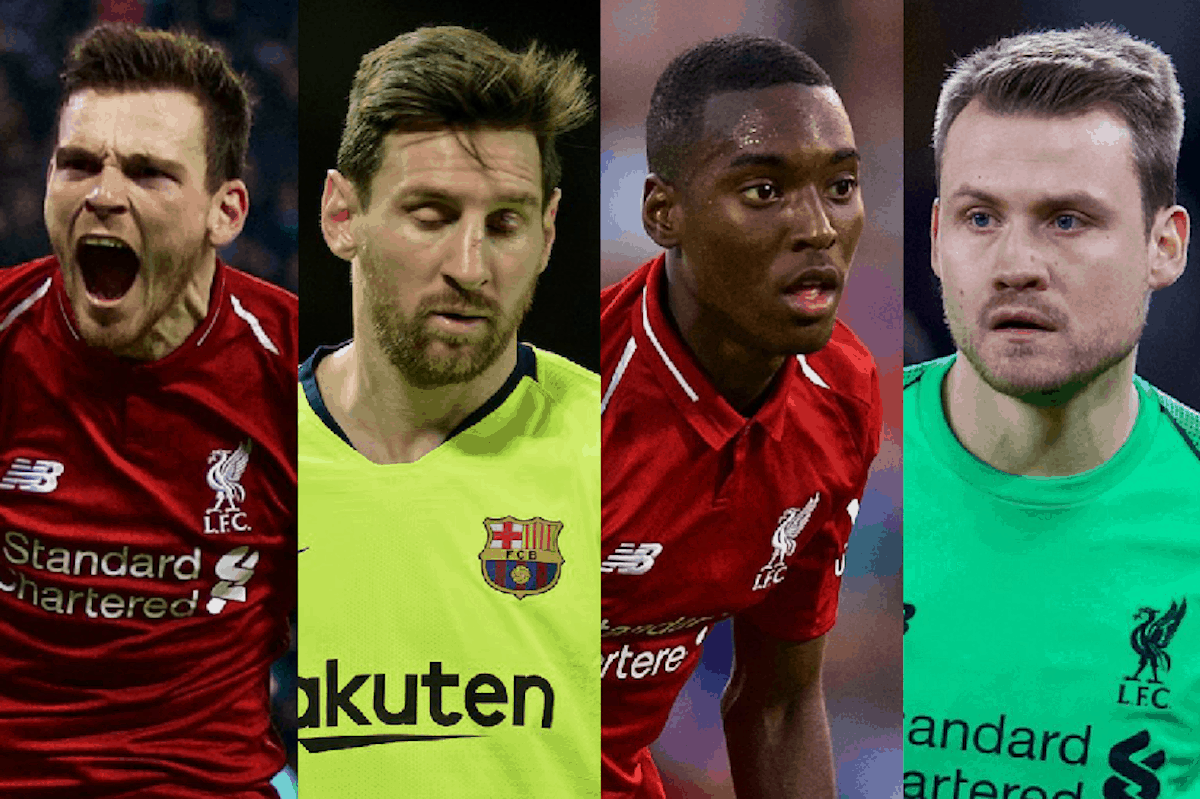 We round up the latest Liverpool news and transfer rumours on Tuesday, on the eve of the Reds’ Champions League clash with Barcelona.

Pepe To Make Announcement On Future

Nicolas Pepe is one of Europe’s most exciting young wide players, having shone at Lille this season, scoring 21 goals in all competitions.

The Ivorian has been linked with a summer move to Liverpool, with a host of clubs rumoured to be interested him signing him.

According to Sport, Pepe will hold a press conference to announce his next club at some point this week, with Sunday rumoured for it to take place.

The 23-year-old would add undoubted quality and depth in wide areas, with Liverpool fortunate not to be without the likes of Sadio Mane and Mohamed Salah this season.

Whether or not Anfield is Pepe’s next destination remains to be seen, although that will be clearer come the end of the week—if the report is to be believed.

The Mail claim that Liverpool and Man City are locking horns for the signature of Villarreal winger Samuel Chukwueze.

The Premier League title challengers have both reportedly “identified the talented 19-year-old as a potential summer signing”, having tracked him for the past year.

Likened in style to Arjen Robben, the 19-year-old’s preference is to be used in a right-sided role, cutting inside onto his left foot.

Like Pepe, he would only make Liverpool’s squad more formidable.

The 18-year-old is set to leave Liverpool when the season reaches its conclusion, having failed to agree a new deal at the club.

The report also claims that the Reds could use Camacho as a makeweight in a possible deal to sign highly-rated Benfica centre-back Ferro, who has been linked with a move in the past.

Liverpool have also been linked with Benfica forward Joao Felix.

Should the unlikely occur and Camacho extends his stay at Liverpool, he will demand a loan move immediately, in order to earn more playing time.

Philippe Coutinho will come up against his former club on Wednesday, having endured a season that hasn’t panned out the way the Brazilian would have hoped.

Spanish publication Sport believe 10 of Barca’s 11 players pick themselves ahead of the visit of Liverpool, but Coutinho could miss out.

They believe it is a toss-up between the attacking midfielder and winger Ousmane Dembele as to who starts, with the latter favourite to get the nod.

It would be the latest setback for Coutinho, who has not hit the heights many expected of him when he moved to Spain for a vast fee of £142million.

Belgian Side Priced Out of Mignolet Move

According to Het Laatste Nieuws, via Sport Witness, Simon Mignolet‘s potential move to Club Brugge will not go ahead.

The Belgian side have reportedly been interested in bringing the Liverpool goalkeeper to the club this summer, but the Reds’ financial demands mean they cannot justify a move.

Mignolet is rated at €5million and earns €100,000 a week, although he is thought to be open to taking a pay cut.

Standard Liege are also interested and reportedly remain in the running.

The 31-year-old is expected to leave Liverpool at the end of the season, as he aims to be first choice ‘keeper elsewhere, rather than Alisson‘s deputy.