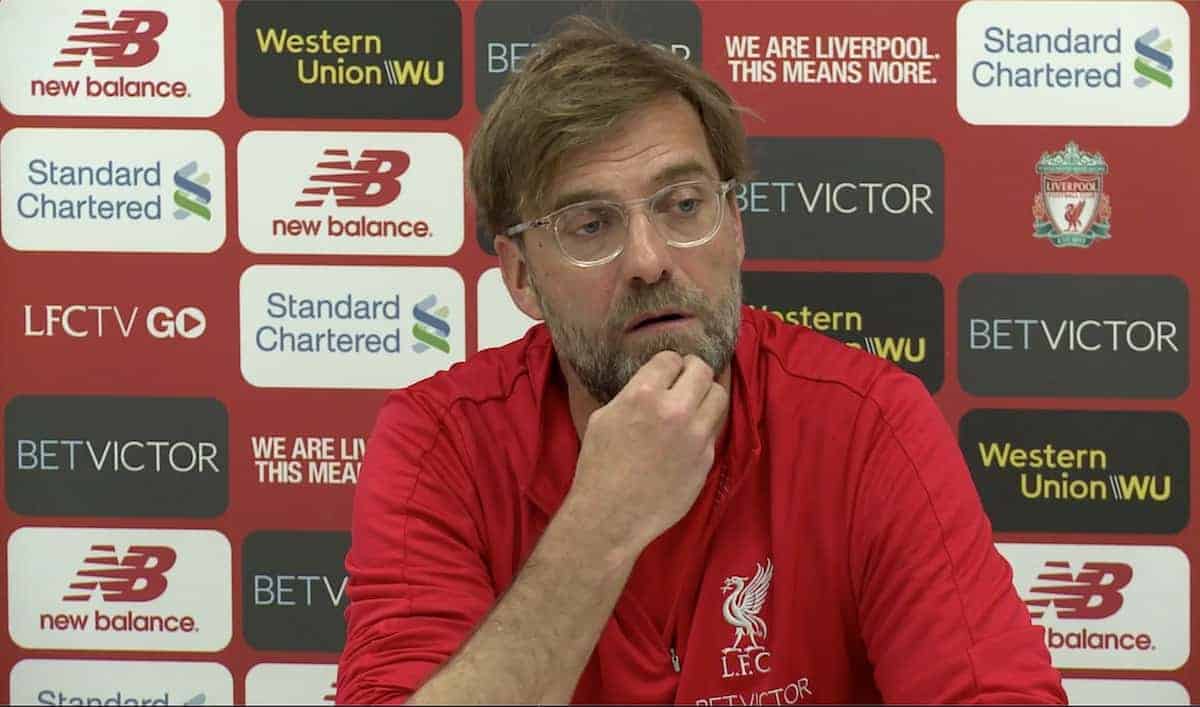 Jurgen Klopp addressed the media ahead of the Reds’ trip to Cardiff and spoke of his certainty at facing another tough fixture in the Premier League.

Five wins on the spin in league action have left Liverpool in first place, though they have still played a game more than second-place Man City, two points behind.

Yet again, the Reds will have to usurp Man City for top spot with victory if the reigning champions pick up a win of their own earlier in the weekend—though a home game against Spurs will be a stern test of their own.

For Klopp, the focus remains on Liverpool’s own opportunities as usual and he was quick to point out that Cardiff’s midweek victory leaves them with a chance of survival and, with that, all the motivation to put on another big display.

“People thought couple weeks ago they were done,” he told reporters. 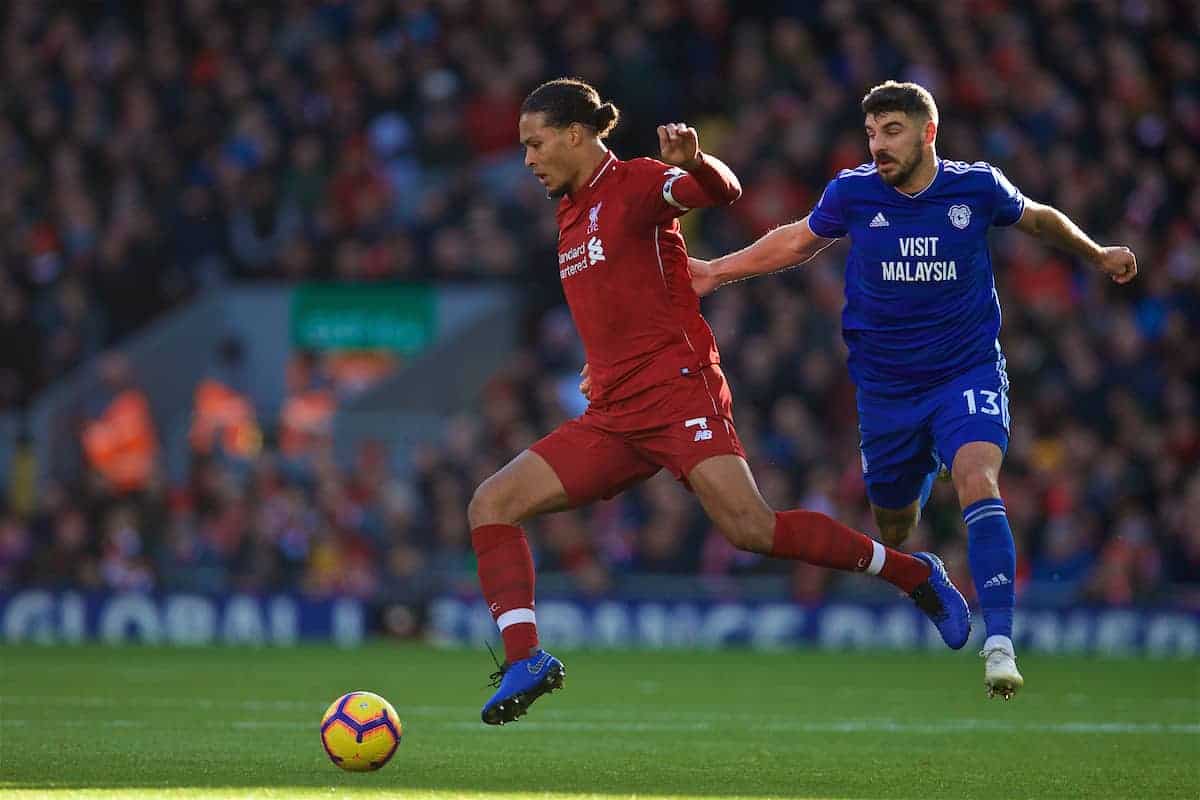 “They were really unlucky against Chelsea, nearly [won all] three points and in the end, zero. They responded really well, it’s impressive.

“Neil [Warnock] and Cardiff gained a lot of confidence and rightly so. It was massive against Brighton; if they lost that game, the fight for the league [survival] was finished but now it starts again.

“We have to show we are ready for this difficult fight.”

The boss also spoke about the returns to fitness of Joe Gomez and Alex Oxlade-Chamberlain, but stopped short of confirming that they’d be involved in the remainder of the season.

“Joe looked good, played 60 minutes during the week and 20 roundabouts [against Porto], he looked good.

“We’ll see if he starts [any game], a lot of players have rhythm but it’s good to have him.

“The same for Ox, it’s not about being ready and coming in immediately, that’s how it is. As long as other players show no drop in form or whatever then we are like this.

“But it’s good to have them back in contention.”.

Elsewhere, Klopp gave his thoughts on the epic Man City vs. Tottenham encounter in the Champions League in midweek and how the repeat of the fixture might be affected this weekend, as well as praising Mohamed Salah and Sadio Mane.