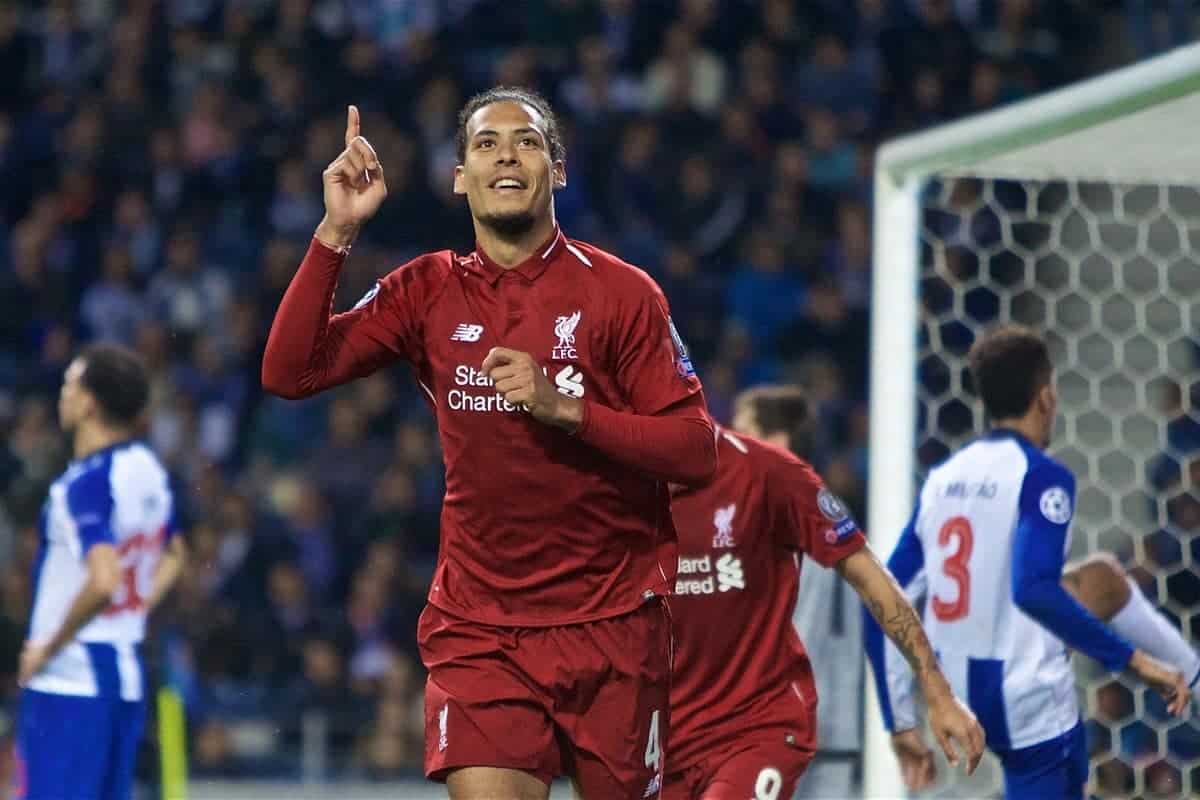 Liverpool eventually cruised to a 4-1 win away to Porto on Wednesday night, booking their place in the Champions League semi-finals.

The Reds eased to a 2-0 victory in the quarter-final first leg at Anfield last week, putting them in pole position to qualify as they headed to Portugal.

Jurgen Klopp‘s side were actually below par in the opening 20 minutes, as Porto dominated and threatened to reduce the arrears.

Their early threat quickly disappeared, however, and Sadio Mane finished from close range to make it 1-0, following a successful VAR check.

The tie was effectively wrapped up at that point and Liverpool were able to coast through the rest of proceedings, improving all the time.

Mohamed Salah tucked home his 23rd goal of the season, following a lovely through-ball by Trent Alexander-Arnold, before Eder Militao pulled a goal back.

Substitute pair Jordan Henderson and Roberto Firmino combined to make it 3-1, with the latter heading home, before Virgil van Dijk put the icing on the cake late on.

It was serene progress into the semis, where Barcelona now await for a truly mouthwatering clash.

Also significant was Man City‘s exit at the hands of Tottenham, following an incredible game that saw Pep Guardiola’s side win 4-3 but go out on away goals.

It means Liverpool have an even better chance of securing a sixth European Cup, despite the obvious threat that others still pose.

To win 4-1 away from home in a Champions League quarter-final, and for it all to feel rather straightforward, says a lot about how special this Reds side is.