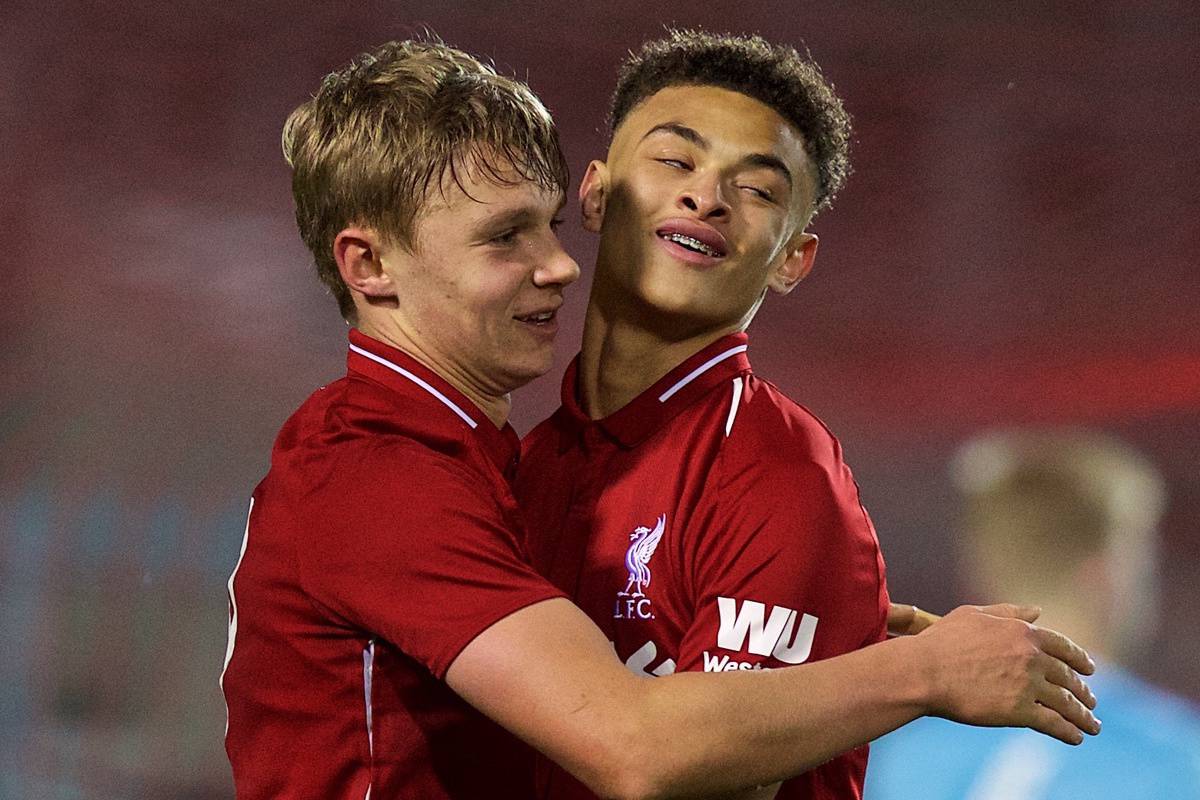 The Liverpool U18s faced difficult odds in their push to win the title on the last day of the season, and were unable to despite victory over Middlesbrough.

The young Reds welcomed Boro to Kirkby for the final day of their campaign knowing they needed to win by a 10-goal margin to beat Derby to the title.

It was understandably set up as an insurmountable challenge, but Barry Lewtas named a very strong side to round off the season, making four changes as Leighton Clarkson, Abdi Sharif, Jake Cain and Paul Glatzel came in.

Liverpool had a series of great chances early on through Sharif, Yasser Larouci, Morgan Boyes and Bobby Duncan, before Vitezslav Jaros was forced into action by Daniel Dodds’ effort.

Lewtas’ side were dealt a blow at half-time as one of the season’s standout stars, midfield lynchpin Clarkson, was withdrawn through injury, with Elijah Dixon-Bonner taking his place.

The ex-Arsenal youth slotted in well, however, and the U18s continued to push for a winner that would, at least, ensured they finished level with the Rams.

Ultimately, it came to two other substitutes to provide the defining moment, as Glatzel’s cross found Luis Longstaff, who in turn fed the ball to Fidel O’Rourke to power home and secure the three points.

This 1-0 win means Liverpool finish the U18 Premier League season second, only missing out on the title by goal difference, unable to add to their FA Youth Cup and Mercedes-Benz Junior Cup triumphs. 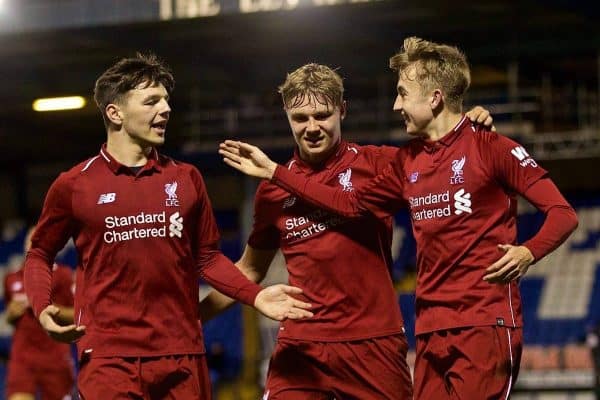 It has been a fantastic campaign for Lewtas’ youngsters, with many now poised to make the step up to the U23s for next season.

O’Rourke may be one of those who stays with the U18s, having struggled for regular starts due to the form of Glatzel and Duncan, and the manager may turn to his 17-year-old as new permanent captain.

He could say goodbye to Glatzel, Duncan, Jaros, Larouci, Clarkson, Sharif, Cain, Neco Williams and Rhys Williams, in theory, as all nine have proved that they are ready to move up the ranks.