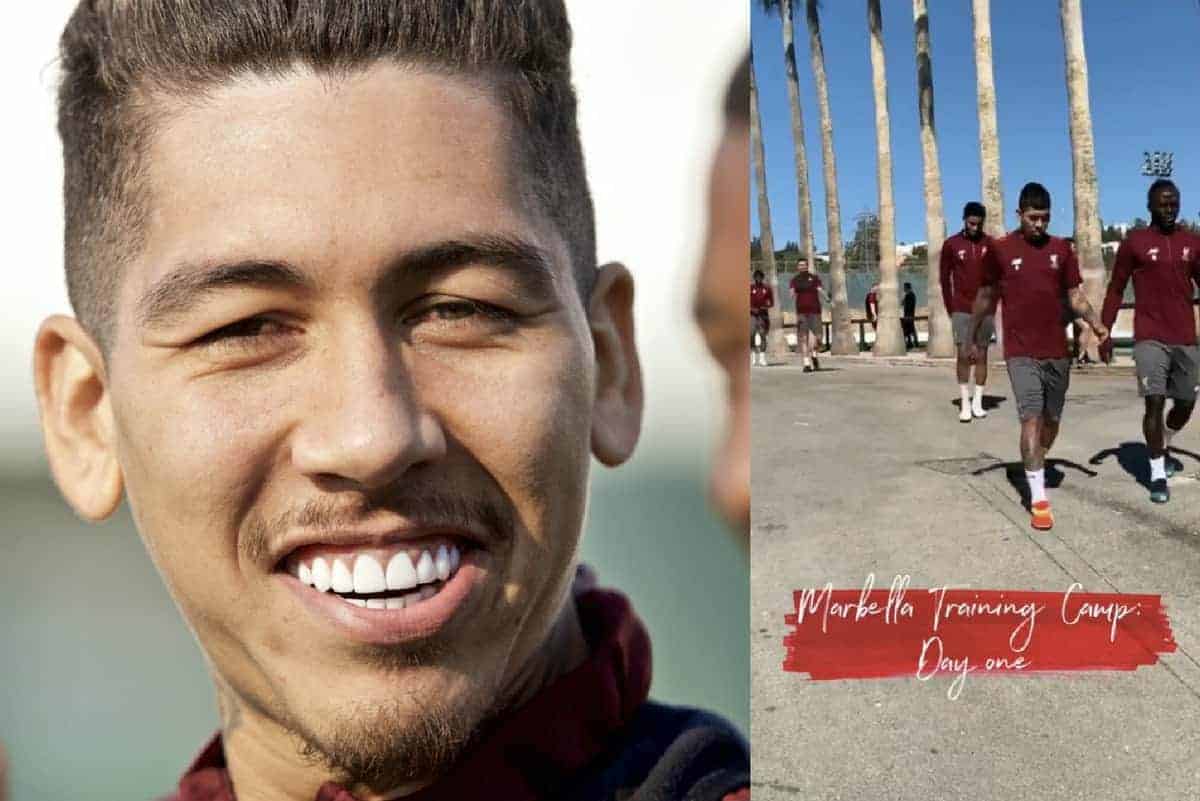 Forward Roberto Firmino has given Liverpool a Champions League final boost by returning to training.

The Brazil international has missed the last three matches with a thigh problem but was able to take part in the first session of the squad’s pre-final camp in Marbella.

Firmino was the first player to arrive on the south coast of Spain having attended slightly earlier than his team-mates for some individual sessions with strength and rehabilitation staff.

Liverpool said his reintroduction into full team training “will be carefully managed under their supervision, with specialised programmes planned over the coming days.”

The 26-man squad is spending six days in Marbella before returning to England to finalise preparations for their June 1 meeting with Tottenham in Madrid.

Included in that group is Naby Keita, who continues his rehabilitation from a serious groin problem suffered almost three weeks ago and is not in contention for the final.

Defender Trent Alexander-Arnold has the chance to set a new record if he is selected in the XI to face Tottenham in Madrid.

Should that happen the 20-year-old will become the first player aged under 21 to start consecutive finals in Europe’s premier club competition.

The previous youngest was AC Milan’s Christian Panucci with AC Milan in 1994 and 1995.