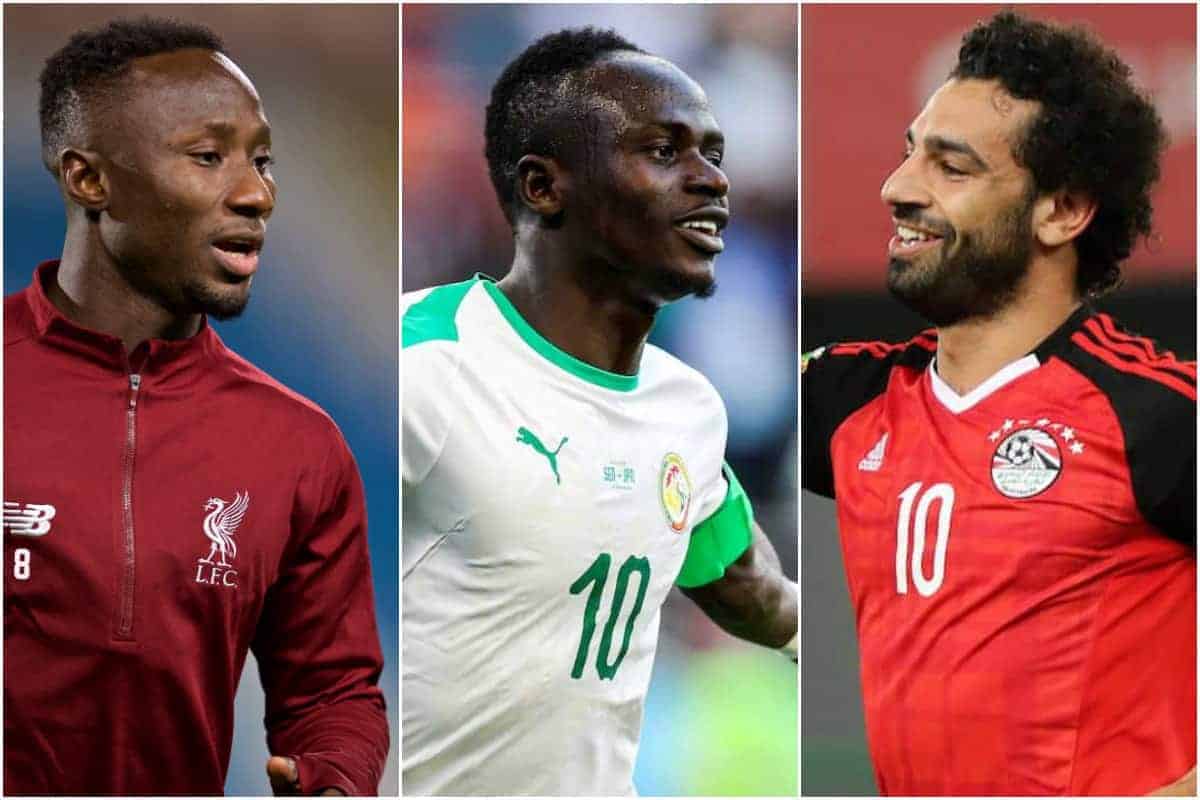 The 2019 Africa Cup of Nations gets underway in Egypt on Friday and Liverpool have three players ready to represent their countries at the tournament.

There might be no senior European action, but the rest of the world has plenty of football to watch for this summer.

A trio of Reds will be in Egypt with one, Mohamed Salah, representing the host nation. Sadio Mane is captain of Senegal, while Naby Keita wears the No. 8 shirt for Guinea.

Cameroon are the reigning champions after their success two years ago in Gabon; the last team to win on home soil, however, were Egypt back in 2006. They will be hoping history repeats itself and allows them to extend their all-time record of seven AFCON victories.

Here’s everything you need to know about Liverpool’s players taking part, when their matches are and the key other teams and players to watch out for—including some the Reds have been linked with.

Favourites to win the tournament in their own country and with all the expectation on one man’s shoulders: Champions League winner and Liverpool’s Egyptian King.

They play the tournament opener on Friday night in Cairo and an expectant home crowd will be hoping to see a marker of intent laid down.

An experienced squad is made up of both home-based and European-based players, but Salah is comfortably the biggest name and the best player.

Wearing the No. 10 shirt, he’ll play up front for his nation and made an impact off the bench in Egypt’s final warm-up game, creating two goals on Sunday.

Salah has 39 international goals in 63 caps ahead of the tournament; four more strikes at the AFCON will take him second in Egypt’s all-time goalscorers list.

Second-favourites with many bookmakers, Senegal are in Group C and will look to their feared front line to spearhead their challenge.

60-cap Mane is one of the most experienced players in the squad—but all 23 of the chosen group ply their trade in Europe.

The likes of Idrissa Gueye and Cheikhou Kouyate are familiar names to Premier League viewers, but major players can be seen in Mane’s other team-mates, too, including Kalidou Koulibaly of Napoli and Keita Balde of Inter Milan.

Mane himself is already one of the 10 most-capped players in Senegal’s history, but four goals or more at the AFCON will see him rise from seventh-highest scorer to third, highlighting his importance.

Should he go on to help his team win, it’ll be he who lifts the trophy, cementing his legendary status.

Liverpool’s No. 8 is Guinea’s No. 8—but which version of Naby Keita will we see?

The midfielder was just beginning to show his immense talent toward the end of the campaign, before injury sidelined him once more. He’s racing to be fit for the start of the AFCON, but says he thinks he’ll be ready.

“I hope I can make it, I can’t stop at my level now, I have to do my best with my club and the national team to make Guinea well known in the world with my teammates of course.”

For that to happen, Guinea need to emerge from a challenging Group B and produce their finest modern-day run at the AFCON—four times since 2004 they have reached the quarter-finals, but not since 1976 have they reached the final itself.

Guinea are yet to win the tournament and, aside from Keita, they will look to the likes of Amadou Diawara (Napoli) and Ibrahima Traore (‘Gladbach) to push their claim.

Getting Keita back might to full fitness, particularly for the clash against Nigeria, might be the biggest key to progressing past the group stage.

Who else to watch for

Three other teams bear watching for their chances of winning the competition and producing good, attacking football: Nigeria, Ivory Coast and Ghana.

None of the Liverpool contingent will meet until the knock-out rounds, but Keita’s Guinea do face Nigeria in the group stage.

The top two teams will progress from each of the six groups, along with the four best third-placed sides to create a round of 16 knock-out phase.

Elsewhere, two stand-outs from the Ajax side which reached the Champions League semi-final are Hakim Ziyech, who will feature prominently for Morocco, and Andre Onana, who will make a case for being the best goalkeeper on show for Cameroon.

The 2019 Africa Cup of Nations will be shown live on Eurosport in the UK.

The final takes place on July 19 and should any of the Liverpool trio reach that, they would miss the start of the new Premier League season.