Liverpool striker Divock Origi reportedly has a new contract offer on the table after playing a huge role in the Reds’ Champions League triumph.

The Belgian has had to play a very patient waiting game at times this season, but the last few months have seen him play an increasingly important support role.

Nothing sums up the striker’s situation quite like his Champions League contribution: just 32 minutes in the competition to his name across eight games before the quarter-finals, but two goals in the semis and one in the final itself.

He finished up with a goal every 72 minutes in the Champions League this season and all three shots on target he took ended up in the back of the net.

Now he has a contract offer to extend his stay at Anfield—and Belgian reporter Kristof Terreur confirmed that Origi will talk to the club in the coming days about his future. 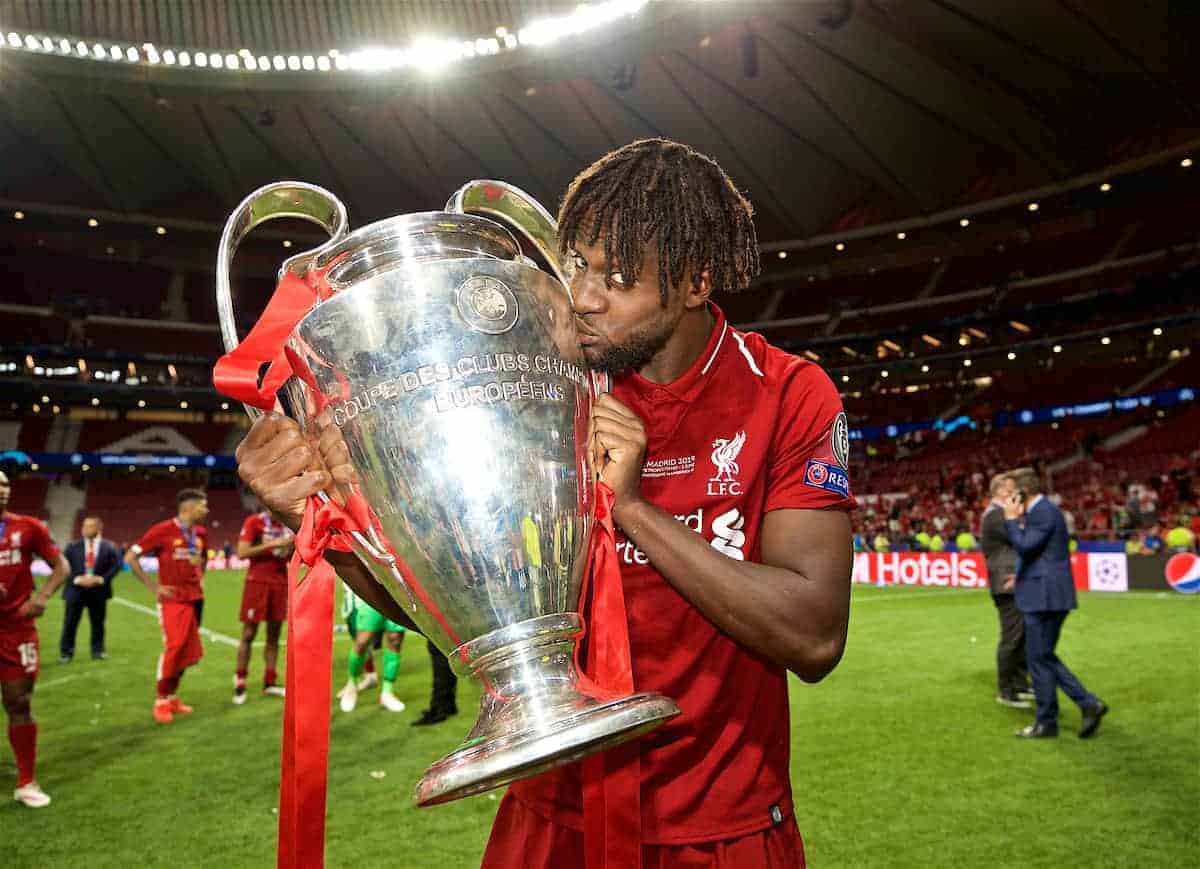 “We will see after the international games, but I think there will be talks with the club,” said the striker, who now heads off for European Championships qualifiers against Kazakhstan and Andy Robertson‘s Scotland.

Origi’s current contract runs out next summer and his future looked decidedly bleak in a Liverpool shirt just a few short months ago.

Goals against Everton and Newcastle made him a valuable squad member in the league, though, and he ends the season having played a huge part in the Reds’ biggest success in 14 years.

That form has earned him a recall for Belgium of late, for who he has played just one minute since November 2017.

Fans have been calling—mostly in jest!—for statues of Divock to be erected outside Anfield; instead, it seems, a new contract will suffice as recognition for his own story of comeback and redemption.

Of course there’s no absolute guarantee of it being signed, and it may be that he wants assurances over involvement next season.

With Daniel Sturridge likely to leave, no transfer rumours of a new striker arriving and Rhian Brewster still untested at the highest level, involvement in the first-team seems more than probable to be available to Origi.

Keeping up his consistent efforts in front of goal will only prolong his involvement and extend the amount to which Jurgen Klopp relies on him.