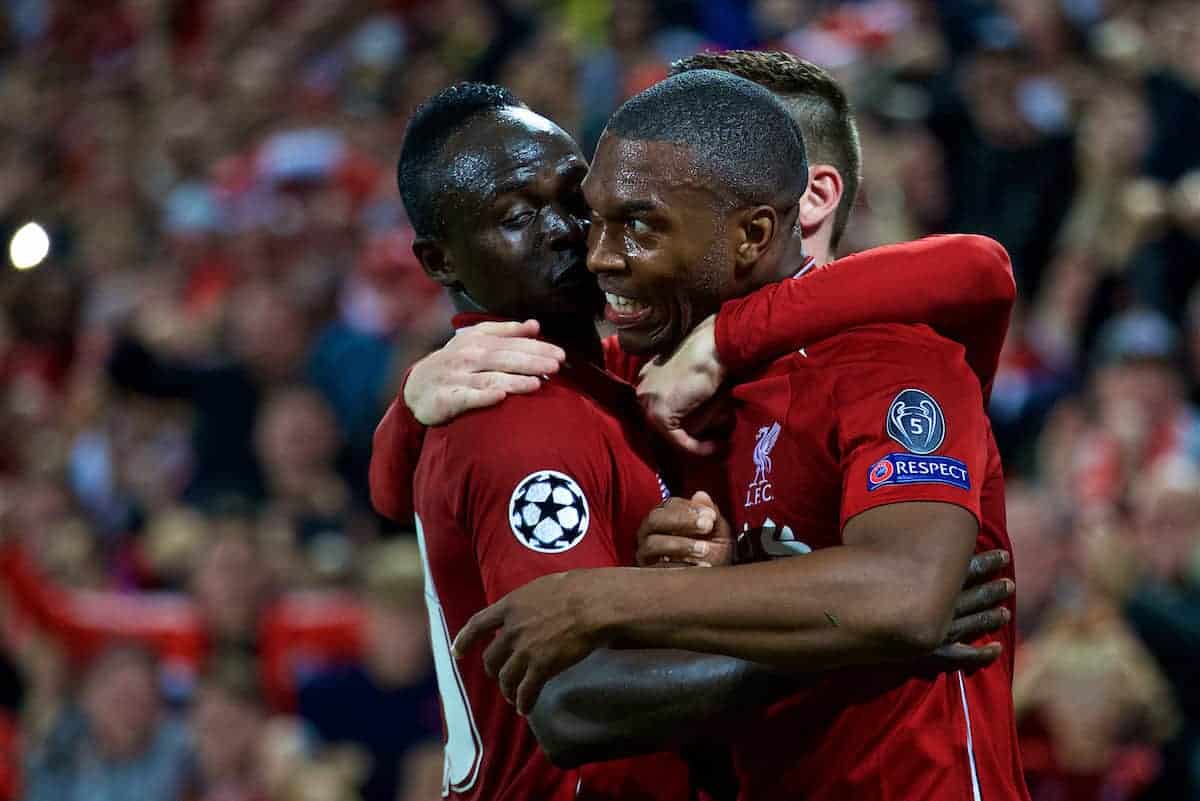 From Mohamed Salah‘s decisive strike to Divock Origi‘s winner, Liverpool’s Champions League campaign had it all. Here’s all 24 goals on the road to No. 6.

The Reds’ journey to lifting their sixth European Cup spanned over eight months, seven countries and saw 24 goals hit the back of the net.

And while some strikes may not be as fresh in the memory as others, each goal was as integral as the next on Liverpool’s road to Madrid.

It all started with Daniel Sturridge converting from close range against Paris Saint-Germain, before Divock Origi had the final say with a sumptuous finish against Tottenham—a goal no Red will forget in a hurry.

Throughout the campaign, Jurgen Klopp‘s men found the back of the net in every which way, from James Milner‘s calmness personified on the penalty spot to Virgil van Dijk‘s headed efforts from corners.

Plus, there was a no-look finish from Roberto Firmino added in for good measure.

And Liverpool’s flair for the dramatics also ensured fans from around the world were taken from the depths of despair into a state of euphoria as Gini Wijnaldum and Origi both secured a memorable brace against Barcelona.

Mohamed Salah took the crown as the leading goalscorer after rustling the net on five occasions, with Sadio Mane close behind on four—with his stunning effort against Bayern Munich shown again here in all its glory.

If you find you are one of millions who can’t tear their eyes away from everything encompassing Liverpool’s European triumph, then be sure to feast your eyes on this.

A glorious 24 goals flashing before your eyes in just four minutes with a European Cup clinched at the end—what are you waiting for?