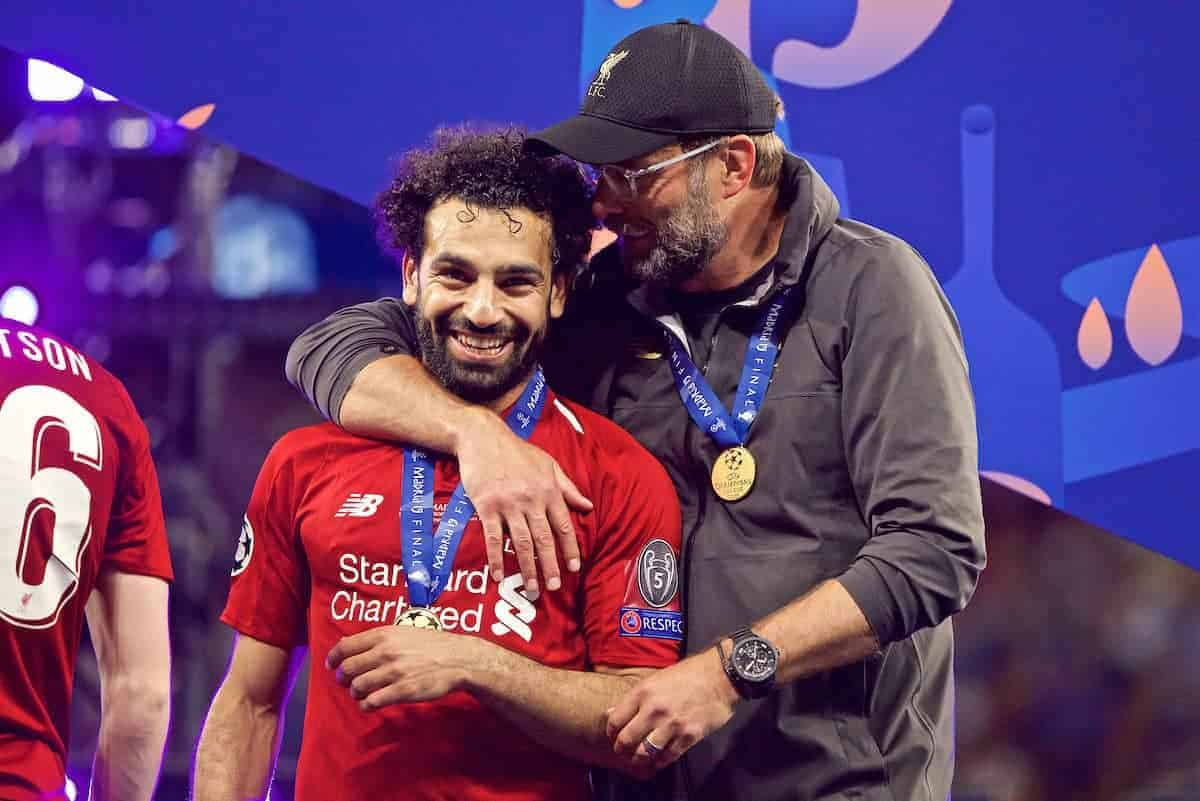 Liverpool’s Champions League triumph left Jurgen Klopp ecstatic, emotional and hungry for more after finally getting his hands on silverware and then receiving a call from Premier League adversary Pep Guardiola.

Mohamed Salah’s spot-kick and more heroics from substitute Divock Origi saw the Reds crowned champions of Europe for the sixth time as they brought an outstanding season to a memorable conclusion.

The 2-0 win against Mauricio Pochettino’s Tottenham saw Klopp end his cup final hoodoo and finally lift a trophy as Liverpool manager—a victory all the sweeter after being pipped to the Premier League crown.

Manchester City won the title by a single point at the end of a gripping title race and their manager was one of the first on the phone after the match.

“A second ago I had Pep Guardiola on the phone,” Klopp said.

“Our head physio [Lee Nobes] worked for Man City at the beginning of the season, but he wanted to win the Champions…no, it’s a joke.

“And we promised each other already that we will kick [each other’s] butts next year again.

“We will go for everything and let’s see if we get something.” 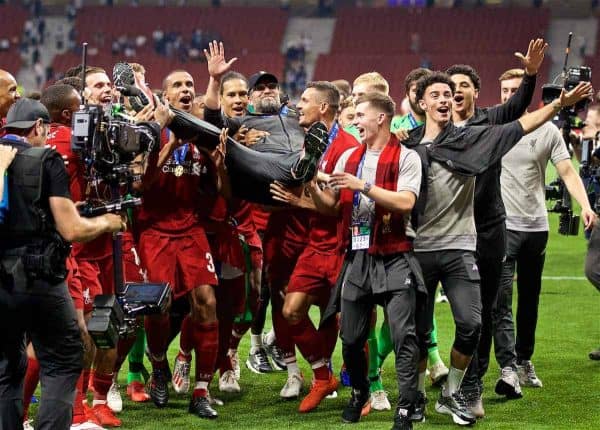 Klopp was surprisingly calm in the post-match press conference given he had ended a run of six straight cup final defeats.

Perhaps it was because the Liverpool manager took most pleasure from the happiness it brought to those around him.

“I only want to enjoy that we won it,” he said.

“All the rest is not important.

“It’s for all the people around the world, in the stadium. They are with us and they are now celebrating like crazy and we will have this tomorrow in Liverpool and we will celebrate together [at the parade].

“We will have a sensational night. I feel mostly relieved, to be honest.

“Relieved for my family because they are pretty close to me, as you can imagine.

“Six times we always flew on holiday with a silver medal. That doesn’t feel too cool. 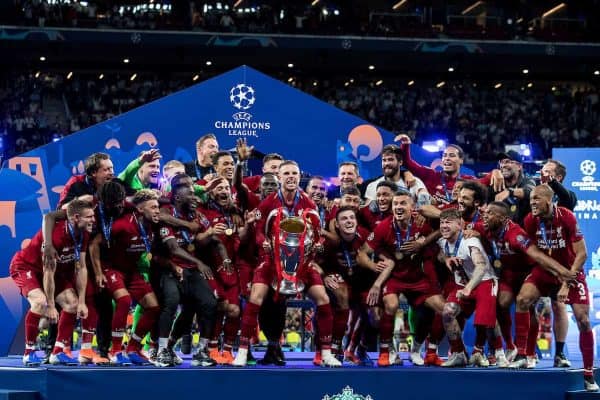 “And this is completely different, so this is for them as well.

“It’s for our supporters, of course, but also our owners as well because they never put real pressure on us.

“They appreciate the development; they see the steps we make. It’s for them as well. It’s great.

“For the players, we were all pretty much crying on the pitch because it was so emotional, it was so big.

“It meant so much to us but I should have probably said, first of all, I know how Tottenham feels better than anybody else in the world.

“They played a sensational season as well and they would have deserved it as well.

“But tonight we scored goals in the right moment, but I told Poch directly after the game that he should be really proud of what they did this year as well.”

Oft-criticised captain Jordan Henderson and experienced James Milner were picked out for particular praise in the post-match press conference, when the magnitude of Liverpool’s achievement did not appear to have sunk in.

“It feels really good, but I am much calmer than I thought I would be when it finally happened,” Klopp said with a smile.

“It was not important really to touch the cup or whatever. I love the pictures when the boys held it aloft.

“I saw a few faces in the stands. That is what gave me everything I need.

“But tomorrow, going to Liverpool and having something to celebrate is big and I am really looking forward to that.”