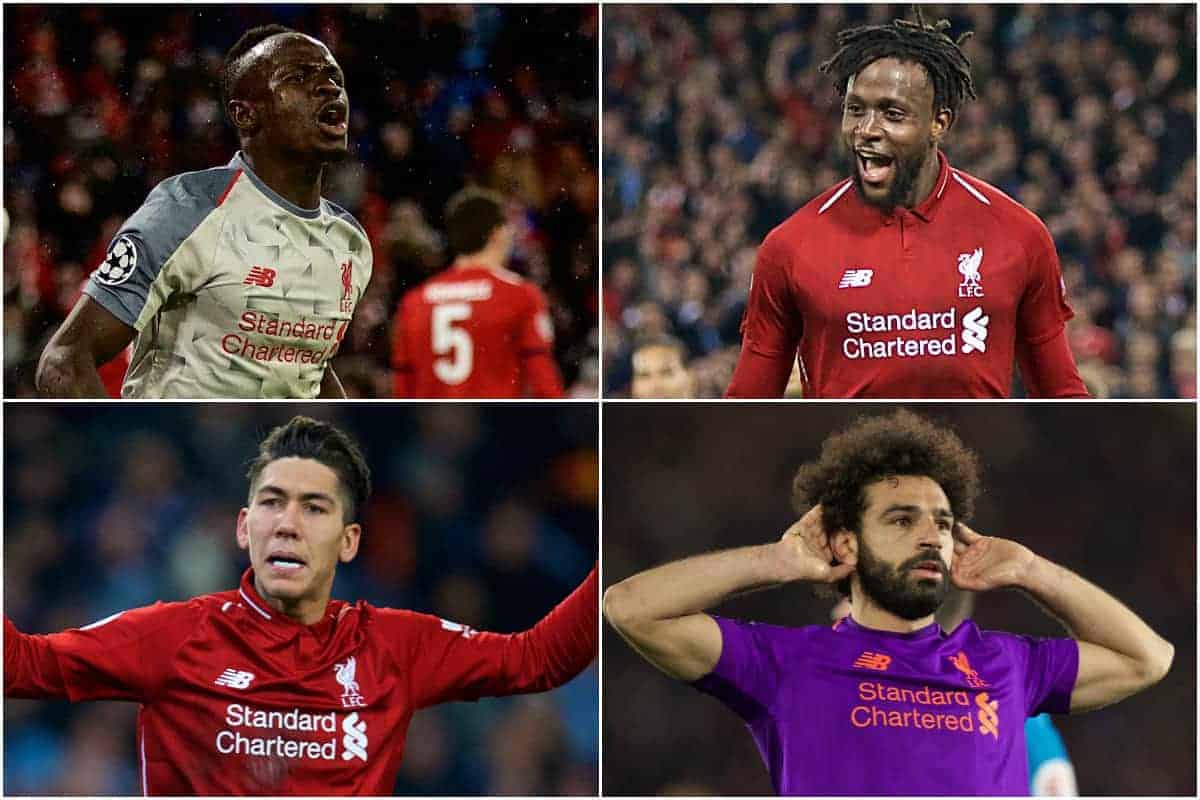 Liverpool have named their top 10 goals from the 2018/19 campaign, but the volume of quality strikes means a host of excellent efforts have missed the cut.

The Reds scored a total of 115 goals last season, with Mohamed Salah topping the charts again with 27 but with Sadio Mane not far behind on 26.

Fifteen different players got on the scoresheet throughout 2018/19, along with three own goals, and there were some clear candidates for Goal of the Season.

In the club’s top 10 for the campaign, Salah’s rocket against Chelsea takes the honour, with Origi’s European Cup clincher against Tottenham and Mane’s touch, turn and dink at Bayern Munich making up the three best.

Salah’s individual effort at Bournemouth and Wijnaldum’s lob in the reserve fixture, Firmino’s header following a well-worked team move against Man City and Origi’s opportunistic strike to deflate Barcelona all make the cut.

Watch LFCTV’s countdown of the 10 best strikes from the term just gone below:

However, while all 10 merit their inclusion, there are some goals from the campaign that are notable in their absence.

Salah expertly wriggling through the Napoli defence and past Kalidou Koulibaly to turn home is an obvious omission, along with his excellent solo effort against Southampton in April.

That strike ended a run of nine games without a goal for the Egyptian King, and though it arguably deserves a place for its execution, it does just as much for its significance.

The same can be argued for Firmino’s 92nd-minute winner against Paris Saint-Germain in the opening game of the Champions League—setting the Reds on their way to No. 6.

And who can forget Origi’s ridiculous header in the Merseyside derby? It wasn’t pretty, but it was certainly one of the defining goals of the season.

The list goes on, and though there is no arguing against those included, it serves as a testament to Liverpool’s brilliance in front of goal in 2018/19.