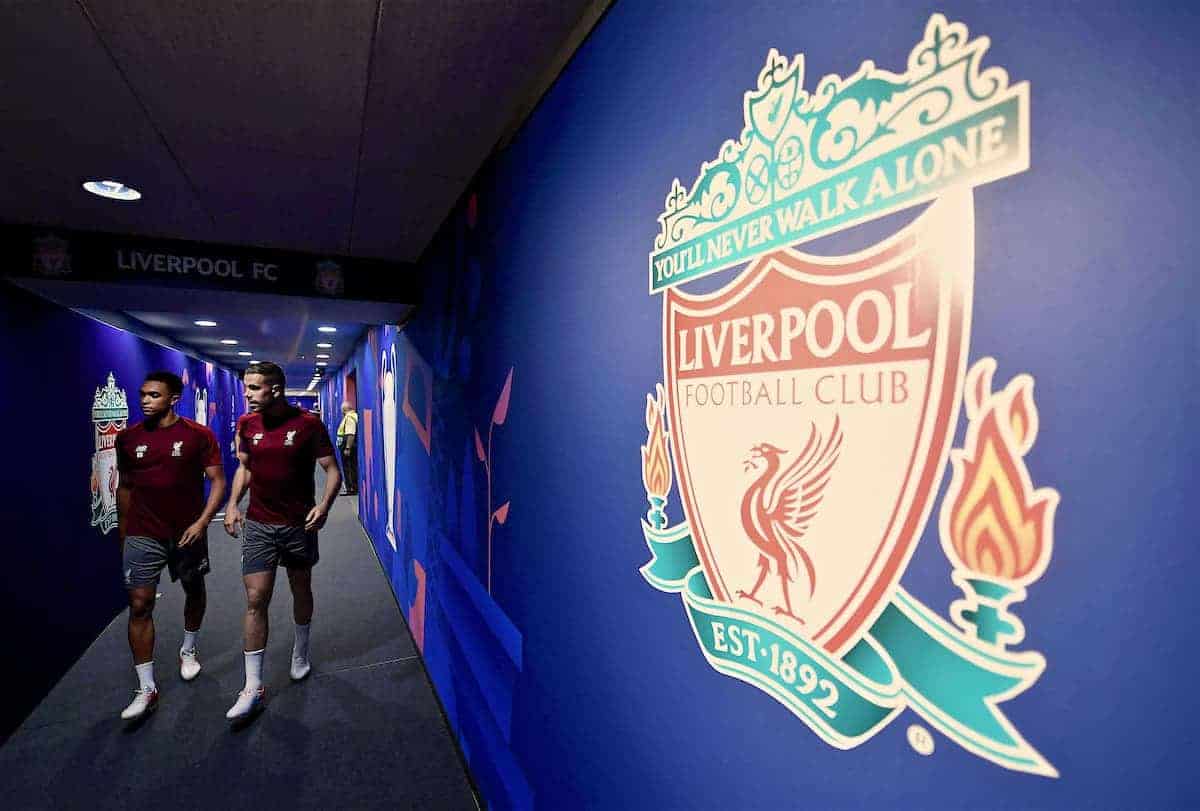 Liverpool play a competitive fixture in June for the first time in the club’s history, and hopefully they’ll win a trophy too—a big-eared number six.

The nerves have set in, the thousands have arrived in Madrid and Jurgen Klopp‘s squad have trained at the Estadio Metropolitano ahead of Saturday’s final.

After nine months of twists and turns and some wonderful football, the Reds find themselves back where they were one year ago—this time seeking a different outcome.

Liverpool have enjoyed a magnificent season, battling a once-in-a-generation Man City side until the end in the Premier League title race, on their way to a record-breaking 97 points.

But while league title number 19 evaded the Reds, European Cup number six is in Liverpool’s sights and it would be a travesty for them to finish 2018/19 empty-handed. 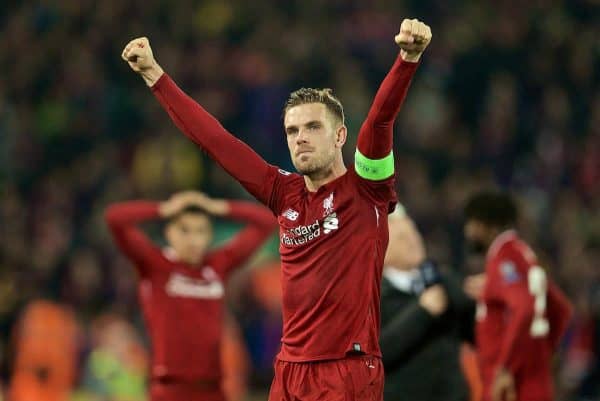 Standing between the Reds and glory are a dangerous Spurs side who have defied the odds this season and secured a top-four finish and a place in the final, despite no transfer business last summer.

In Mauricio Pochettino, they have one of Europe’s best managers and they have undoubted pedigree.

Atletico Madrid’s eye-catching Wanda Metropolitano Stadium hosts the showcase event, with Liverpool supporters arriving into the Spanish capital from all over Spain via plane, train and automobile in the last few days.

Buckle up, everyone—there hasn’t been a bigger night since Istanbul. 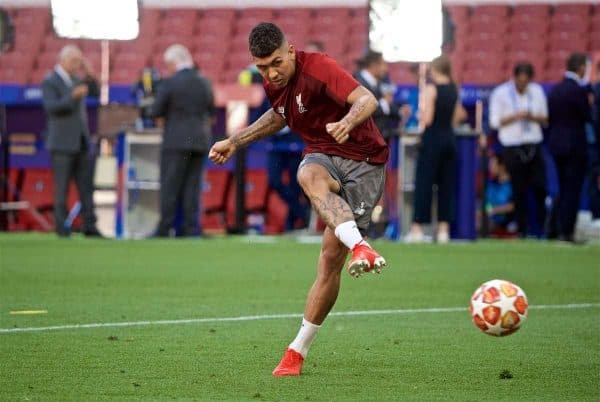 Naby Keita is Liverpool’s only absentee, with Roberto Firmino recovering from a groin injury in time to take his place in the squad.

Firmino’s return is a huge boost for Liverpool, allowing them to field the front three of the Brazilian, Mohamed Salah and Sadio Mane that has terrorised opponents for the last two seasons.

That is no slight on Divock Origi, who has been an unlikely talisman at times in 2018/19, but Firmino represents the far stronger option.

Joe Gomez and Dejan Lovren are defensive options, but it would be a big surprise if Klopp fielded either on Saturday evening.

The midfield is the manager’s trickiest area of the pitch to juggle, with four players battling for three places. 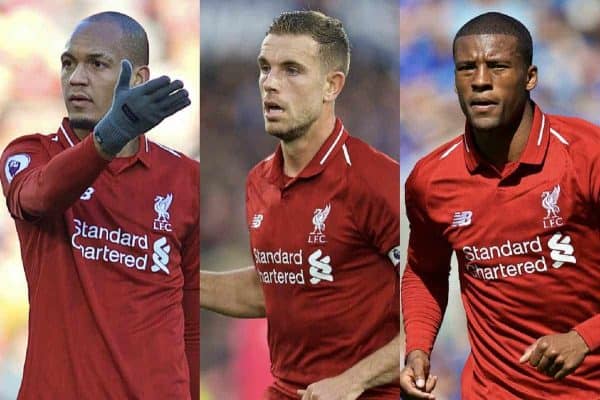 Fabinho, Jordan Henderson and Gini Wijnaldum are the favourites to start, but Klopp’s preference for starting James Milner in big games gives him a real selection headache.

Alex Oxlade-Chamberlain will be on the substitutes’ bench, looking to make an impact late on, if required.

Spurs have a clean bill of health ahead of the game, with Harry Kane the most high-profile figure to have recovered from injury.

Pochettino could go with thee at the back, starting all of Toby Alderweireld, Jan Vertonghen and Davinson Sanchez, although using the Belgian pair in a back four is also a possibility.

Kieran Trippier and Danny Rose are the preferred full-back choices, but fitting Kane into the side along with Christian Eriksen, Dele Alli, Heung Min-son and Lucas Moura will be tricky.

Spurs started the season with very few giving them a chance of going all the way in the Champions League, especially after being drawn in a group alongside Barcelona and Inter Milan.

Pochettino’s men fought doggedly after a poor start and being on the verge of elimination, though, progressing after a 1-1 draw away to Barca on Matchday 6.

A much-fancied Borussia Dortmund side awaited in the last-16, but Spurs again showed what a force they have become, prevailing 4-0 on aggregate.

It looked like the end of the road for the north Londoners were they were pitted against an all-conquering Man City in the quarter-finals, but again they proved the doubters wrong.

In a sensational second leg at the Etihad, after Son’s goal had earned Spurs a 1-0 win at their new home, Raheem Sterling’s last-gasp strike was ruled out thanks to VAR, allowing the visitors to make it to the semi-finals on away goals, despite losing 4-3 on the night.

Ajax stood between them and a place in the Champions League final, with the Dutch giants assembling one of the most exciting young teams in recent memory.

When Donny van der Beek’s solitary goal earned Ajax a 1-0 victory in London, and when they then led 2-0 at half-time in Amsterdam, all hope seemed lost.

Cue Moura, whose now legendary second-half hat-trick sent Spurs to Madrid, with the Brazilian bagging the tie-clinching strike in stoppage time to earn a staggering 3-2 triumph and progression on away goals once again.

Last 5 Meetings with Tottenham (All Competitions) 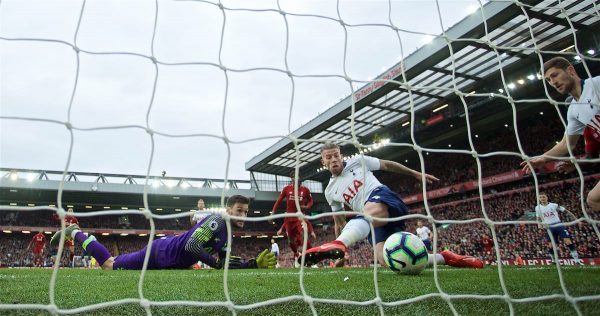 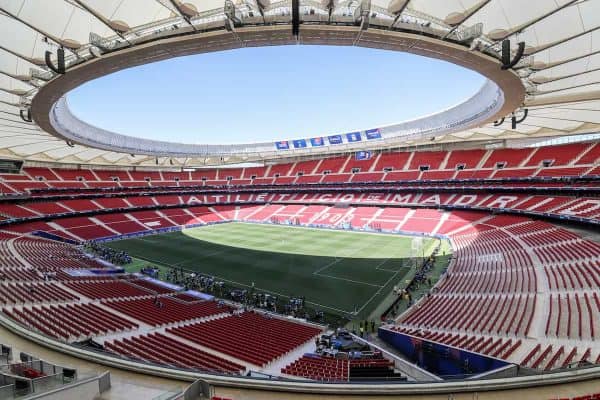 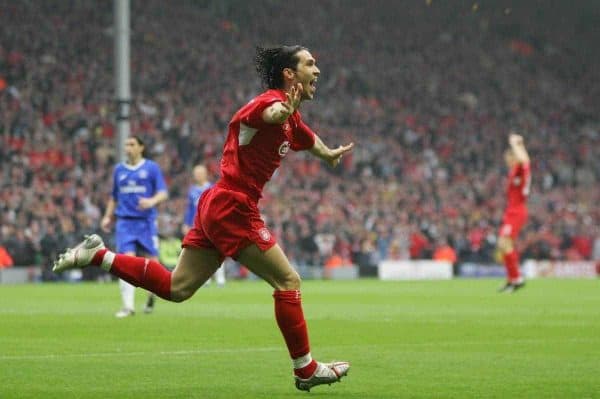 Liverpool have a mixed record against fellow Premier League clubs in the Champions League.

The first meeting came in the 2004/05 semi-final when the Reds memorably got the better of Chelsea thanks to Luis Garcia’s ‘ghost goal’.

Two years later, the pair met again in the last four and it was Rafa Benitez’s team who made it into another final, thanks to a penalty shootout triumph at Anfield.

Dirk Kuyt struck the winning spot-kick, after Joe Cole and Daniel Agger had scored in either leg.

In 2007/08, a scintillating clash with Arsenal in the quarters was littered with drama, with Kuyt going unpunished for a blatant foul on Aleksandr Hleb inside the area at the Emirates, in an eventual 1-1 draw.

At Anfield, Liverpool won 4-2 late in the day, as Steven Gerrard nervelessly fired home a penalty in front of the Kop.

Chelsea got their revenge in the semis, however, and also knocked the Reds out in the last eight the year after.

It was eight years until Liverpool faced an English side again in the Champions League—they beat Man United in the Europa League in 2015/16—when Man City stood between them and a place in the semis.

Despite Pep Guardiola’s team being favourites to go through, Klopp’s men showed what a powerhouse they had become with a 5-1 aggregate victory.

It’s Spurs up next, in only the second all-English Champions League final in history.

Speaking in Madrid ahead of the showcase event, Klopp rejected the influence of his record of losing in his last six finals:

“If I’m the reason for losing six finals in a row then everyone needs to worry…if that’s not the case we always have a chance!

“Every final is different: opposition, circumstances, everything.

“We want to win with all we have. It didn’t happen in the past but for me I always took good things, took confidence.” 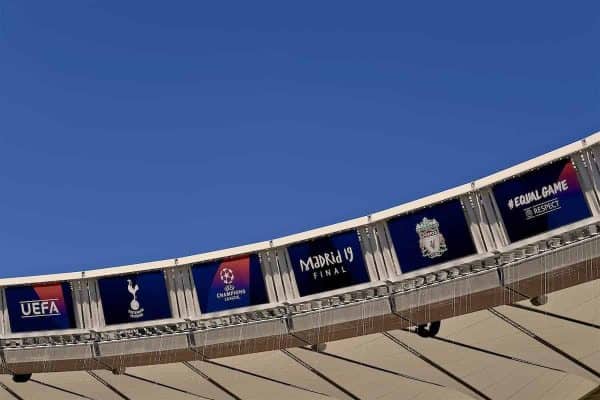 Tottenham vs. Liverpool is live on BT Sport 2 from 6pm (BST), with kickoff at the Wanda Metropolitano at 8pm (BST).

This is Anfield’s final live blog of the season will be in full swing from 7.15pm, with Matt Ladson keeping you entertained throughout what could be a famous evening.