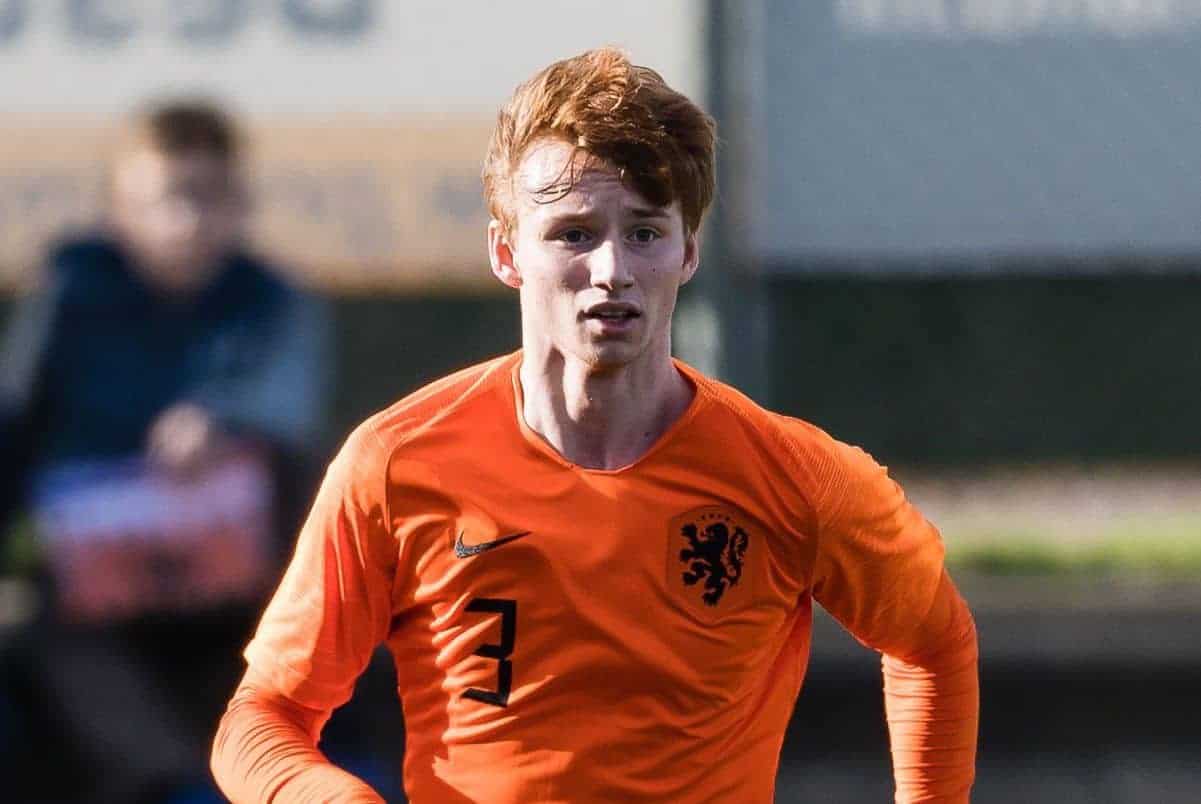 Liverpool are set to complete the signing of Dutch centre-back Sepp van den Berg this summer, with the record-breaking teenager another shrewd acquisition.

Less than a month after joining first-team training for the first time, Ki-Jana Hoever became the Reds’ third-youngest debutant, coming off the bench in the FA Cup defeat to Wolves in January.

It capped an impressive surge through the ranks since his arrival from Ajax the previous summer, making his under-18s bow in September, then with the under-19s in October and onto the under-23s in November.

Back in Hoever’s native Netherlands, a year prior, Van den Berg had experienced a similar rise, but a less demanding environment provided him more of an opening.

At the beginning of 2018, the teenager was named PEC Zwolle’s Youth Player of the Month for December; in February, he signed a two-year professional contract with the Eredivisie side.

“A step-by-step plan has been drawn up together with Sepp,” Zwolle technical director Gerard Nijkamp explained.

“Part of this step-by-step plan is connecting the player to the club so that he can develop further here. The overarching goal is to train boys from our own football academy for the first team.”

A month later, a 16-year-old Van den Berg made his debut for the senior side, replacing Erik Bakker at half-time with Zwolle 1-0 down to FC Groningen in March, 2018.

Van den Berg looked to have grasped the pace of the game well, but was powerless to prevent Zwolle conceding a second goal through Ajdin Hrustic on the way to a 2-0 defeat, also picking up a yellow card for a foul in stoppage time.

Despite the loss, it was a milestone afternoon for the teenager, and the club’s “step-by-step plan” saw him start in five of the final seven games of the 2017/18 Eredivisie campaign.

This included a man-of-the-match performance in the 2-0 win over Sparta Rotterdam in only his third appearance, which also earned him a place in the Dutch top flight’s Team of the Week:

By September, Van den Berg had made history, as the youngest-ever player to play at least 10 games in the Eredivisie, breaking Clarence Seedorf’s record at 16 years and 256 days.

He remained a regular part of the Zwolle first team throughout 2018/19, making 15 more appearances in the league including 10 starts, though his opportunities dried up following the appointment of Jaap Stam in December.

Stam, one of the Premier League‘s greatest-ever centre-backs, preferred the pairing of Thomas Lam and Bram van Polen, but Van den Berg still kept a place on the substitutes’ bench.

At 17, the defender has already made 22 Eredivisie appearances, and it is therefore no wonder the likes of Liverpool, Bayern Munich, Ajax and PSV Eindhoven are interested.

Van den Berg began his youth career as a right winger, owing to his considerable pace, but later dropped into right-back and, eventually, across to centre-back.

His speed in the recovery is still a big part of his game, while his ability to read the play allows him to step out of defence and quell danger before it mounts.

Standing at 6’2″, he is also blessed with the frame of a leading centre-back, though given he won’t turn 18 until December, like Hoever he still has a lot of work to do in the gym.

Unsurprising due to his upbringing, Van den Berg is also comfortable in possession, and is able to push play forward with both long and short passes.

According to football writer Jan Riha (@HonzaRihaftbl), however, he “has really awkward balance at times” and “looked to struggle fitness-wise later in games,” but this will likely come with age and experience. 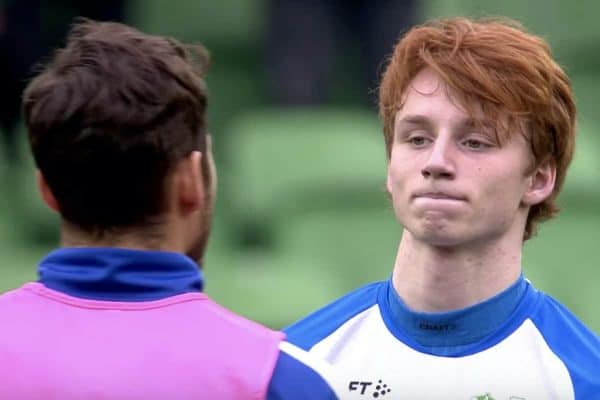 Perhaps most impressive, though, is Van den Berg’s maturity; the Dutchman is able to speak English to a strong standard, but crystallised his approach perfectly in an interview in his native tongue in June of last year.

“I can be extremely critical of myself. When I was younger, it could really get in the way. If I had a bad moment in the game, I sometimes wanted to let my head hang,” he told Voetbal International.

“That is now much better. I do think that a sportsman should always want better. I think that’s the ultimate way to succeed.”

The teenager, who came up against Robin van Persie in only his second game as a senior player against Feyenoord, also showcased a much-needed confidence.

“I am fairly calm, not the type who is concerned with an opponent in the tunnel,” he explained.

“The only thing I can do is play my own game. When I enter a duel, it doesn’t matter if the opponent plays for Volendam Onder-19 or is called Robin van Persie.

“You just have to win all your duels. Names don’t count.”

For Liverpool fans, of course, names do count in the transfer market, and Van den Berg’s is the most high-profile of a quiet summer so far.

The club are expected to unveil the 17-year-old as their first ‘major’ signing of the summer later this week, beating Bayern, Ajax, PSV and Sampdoria to a deal worth around £2 million.

He will join the Reds’ academy ranks initially, which is apt following the departures of Corey Whelan, Conor Masterson, Juanma, Patrik Raitanen and possibly George Johnston.

This raises the possibility of Van den Berg and Hoever partnering each other for the under-23s, but it likely won’t be long until both are emerging from the fringes of the first team.

According to Goal‘s Neil Jones, Liverpool’s head of recruitment Dave Fallows and chief scout Barry Hunter are “confident” Van den Berg “is at a similar level to [Joe] Gomez four years ago.”

Gomez arrived for a fee of £3.5 million in 2015 having made 24 appearances for Charlton, and though injuries have blighted his four years at Anfield so far, he has shown world-class potential as a first-team centre-back.

It would be remiss to put similar expectations on Van den Berg, but he joins with similar experience to Gomez, who was 18 when he made the switch and, like the Dutchman, was an under-19 international able to play right-back and centre-back.

Van den Berg will be part of another shakeup of the club’s youth setup this summer, following Polish goalkeeper Jakub Ojrzynski and Northern Irish midfielder Conor Bradley to the club.

But his move is understandably receiving the most fanfare, as Liverpool may just have secured another bargain.