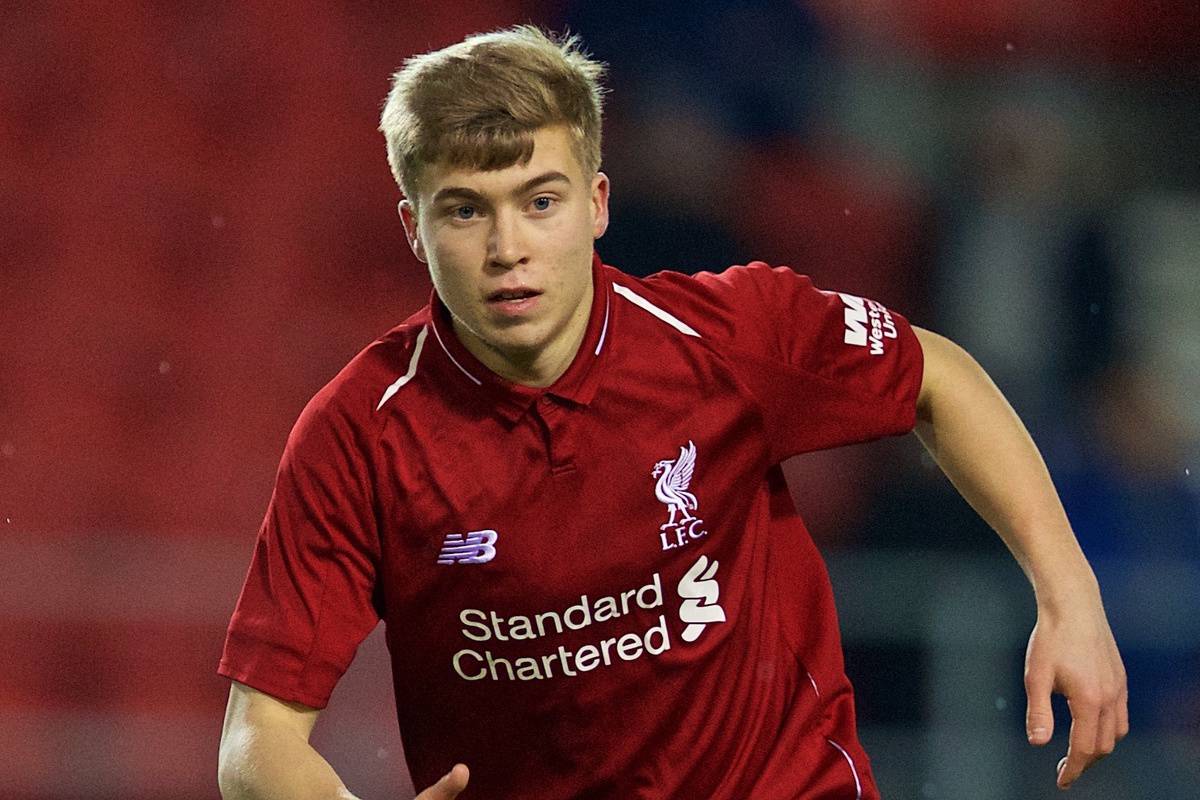 Jack Bearne kept up his knack for scoring winners as the Liverpool under-23s sealed a 1-0 victory over The Spartans FC to win the Ronnie Swan Trophy.

Since then, the teenager has made promising strides in the academy, though he was unable to establish himself as a regular for Barry Lewtas‘ under-18s last season due to the form of Bobby Duncan and Paul Glatzel.

He has, however, still managed to catch eye, particularly with his result-clinching prowess: all four league goals he has scored for the U18s have been winners, including a last-minute strike to seal a 4-3 win in November’s Merseyside derby.

With Duncan joining the first team for their US tour and Glatzel currently sidelined, Bearne was part of the U23s side to head to Edinburgh to take on Spartans on Monday evening.

? Snaps from our pre-season friendly v @LFC 23s. A big thanks to everyone who came along and enjoyed footy in the sunshine. Chances, eh?! ? pic.twitter.com/l8ZyqEvqjG

Neco Williams was the focal point of the U23s’ attacks in the first half with both Chirivella and Isaac Christie-Davies going close.

But Neil Critchley made six changes at the break, including the introduction of Bearne, who ultimately popped up with the winner in the 85th minute.

The manager described the performance as a “little bit disjointed,” but was pleased to see his makeshift side lift the Ronnie Swan Trophy, commemorating 10 years since the inception of the Spartans’ academy.

Along with the aforementioned, a host of other youngsters from last season’s U18s featured, with Tom Clayton, Elijah Dixon-Bonner and Matteo Ritaccio coming off the bench, along with the lesser-spotted Dal Varesanovic.

Shamal George also came on in the second half, as it appears he is no closer to a proposed move to Swindon Town.

Liam Millar travelled with the squad a day after making his first outing for the senior side at Bradford, with Vitezslav Jaros, Ovie Ejaria, Liam Coyle and Kai McKenzie-Lyle making the journey too.

The U23s are next in action on Thursday when they take on Hearts in another pre-season friendly, before returning to Merseyside to play Marine on Sunday.

Tickets for that friendly at the Marine Travel Arena are available for just £5 for adults and £3 for concessions, with kickoff at 2pm (BST).