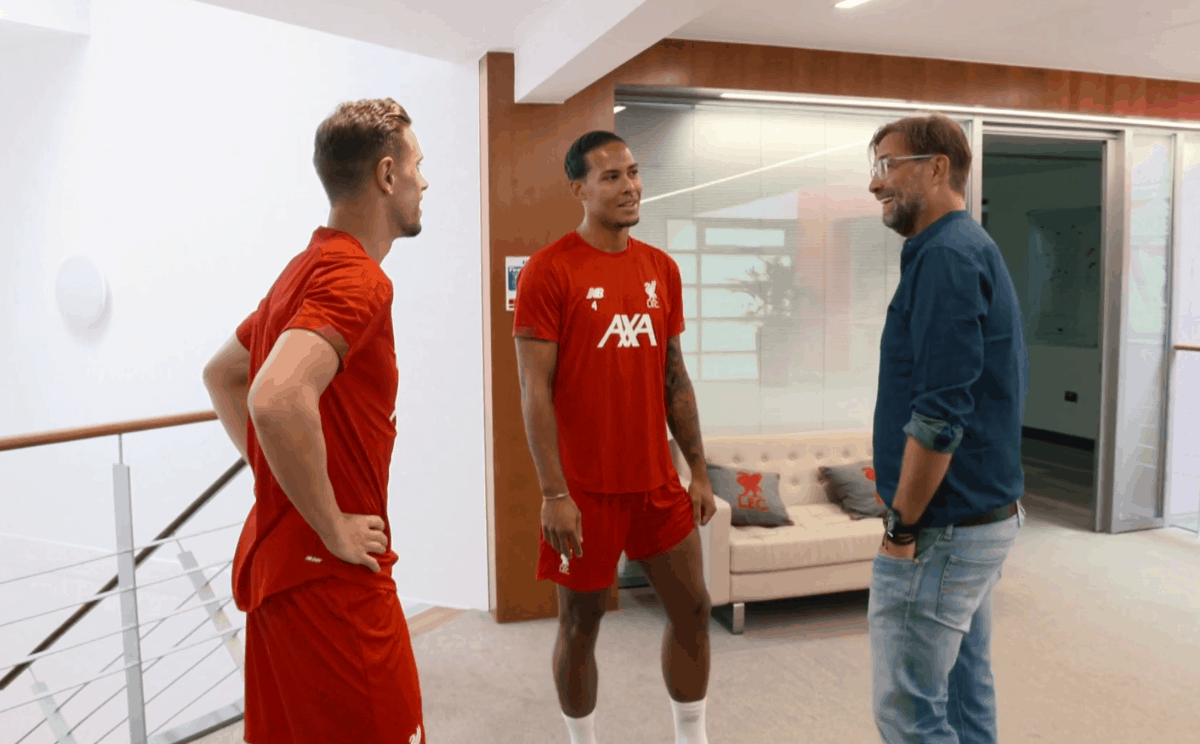 Liverpool welcomed back a quartet of senior players on Saturday and they all couldn’t hide their delight despite undertaking the ‘dreaded lactate test’.

A week after the official start of pre-season training, Jordan Henderson, Trent Alexander-Arnold, Gini Wijnaldum and Virgil van Dijk all made their return to the club to gear up for the 2019/20 season.

The quartet were each handed an extra week of holiday after competing for their respective country in UEFA’s Nations League finals in the immediate aftermath of Liverpool’s Champions League triumph.

Their return is a welcome sight for all as the start of the new campaign draws closer.

And it was all smiles and hugs as they made their way through Melwood and met up with Jurgen Klopp and their fellow teammates before undertaking a series of fitness assessments, which included the dreaded lactate test. 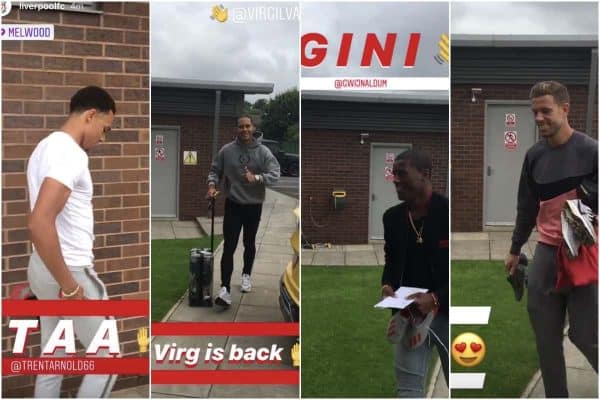 As is customary, every player upon their return for pre-season training will undergo medical examinations and the gruelling endurance test which involves a series of runs at increasing speeds.

It makes for an intense start and ensures any holiday hangover is immediately put to one side, but the players looked in good shape and in high spirits as they took to the pitch.

Trent even made time to have a quip at Henderson for his holiday chat, or lack thereof, on social media.

Van Dijk was the first to drop out with Trent following soon after, Wijnaldum and Henderson both went the distance with the former just edging the Liverpool captain on their final lap, and it’ll come as no surprise that the Dutch midfielder was still smiling at the end of it all.

But the timing of their return means they will not play any role in the clash against Bradford on Sunday, they will instead be expected to be involved against Borussia Dortmund in Notre Dame on July 19.

Andy Robertson was also present at Melwood on Saturday but is set for a delayed start to training after undergoing a ‘minor’ procedure to clean out an infection in his hand, joining Xherdan Shaqiri in the medical room.

It means the Reds are now without just five senior players as Roberto Firmino, Alisson, Mohamed Salah and Naby Keita all continue to enjoy their post-season break, while Sadio Mane is still competing at the Africa Cup of Nations.

Taking to Instagram following their first day, Wijnaldum shared his joy at being “back on the field with my buddies” as they took on “the dreaded lactate test”:

Yeahhh ?? Back on the field with my buddies to take the dreaded lactate test ??????Who you think is best in shape? ?

The skipper was similarly thrilled to make his return 42 days after lifting Ol’ Big Ears, while Trent was all business this time around:

And it was “back to work” for Van Dijk who seemingly could not wipe the smile off his face:

While the Reds’ England duo and Dutch pair were put their paces, the rest of the squad were busy putting the finishing touches on their preparations for the second game of pre-season against Bradford City.

The game at Valley Parade is more than just a warm-up for the season ahead as it also to raise valuable funds for the Darby Rimmer MND Foundation, a charity established by former Bradford and Liverpool player Stephen Darby.