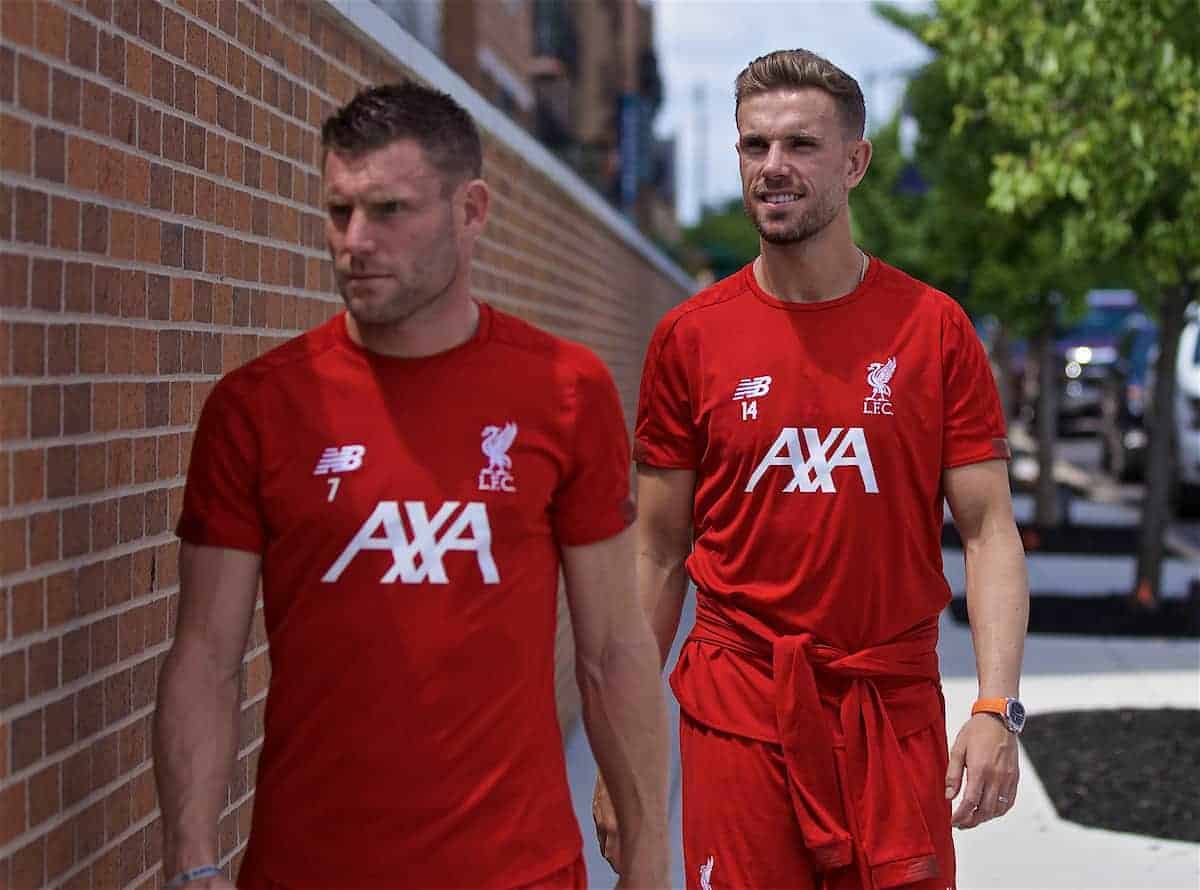 The Liverpool squad has been training in Indiana on Day 2 of their US tour and several players have shared their day in the sun on social media.

This is quickly becoming a pre-season trend of the Reds: who has the most photogenic muscles of the summer?

Last year it was Xherdan Shaqiri and his mile-wide calves which captured the eye.

There’s no question what most fans were enthralled by this year, though: James Milner‘s bulging forearms!

The man himself is right back into the action and setting the example in pre-season, leading the way in fitness tests again and putting the effort in on the training pitch.

Several of the younger players shared snaps of themselves taking in instructions from the coaching staff, with Jurgen Klopp of course in close attendance.

One player who has really caught the eye in the earliest summer fixtures is Rhian Brewster, and he—and everyone else involved with the U23s last season—will be hoping to continue their good form now the bigger tests are coming up.

It wasn’t all about the youngsters, though; Virgil van Dijk served notice of the Reds’ landing Stateside, and Simon Mignolet was put through his paces in training.

As the only senior goalkeeper on tour with the Reds, it will do his confidence and form no harm to get plenty of minutes this summer, in contrast to last season.

And after the ongoing battle for full-back supremacy last season, which saw Trent Alexander-Arnold and Andy Robertson go head-to-head to win a friendly ‘most assists’ competition, has the Englishman got an early psychological head-start in on his Scottish team-mate?