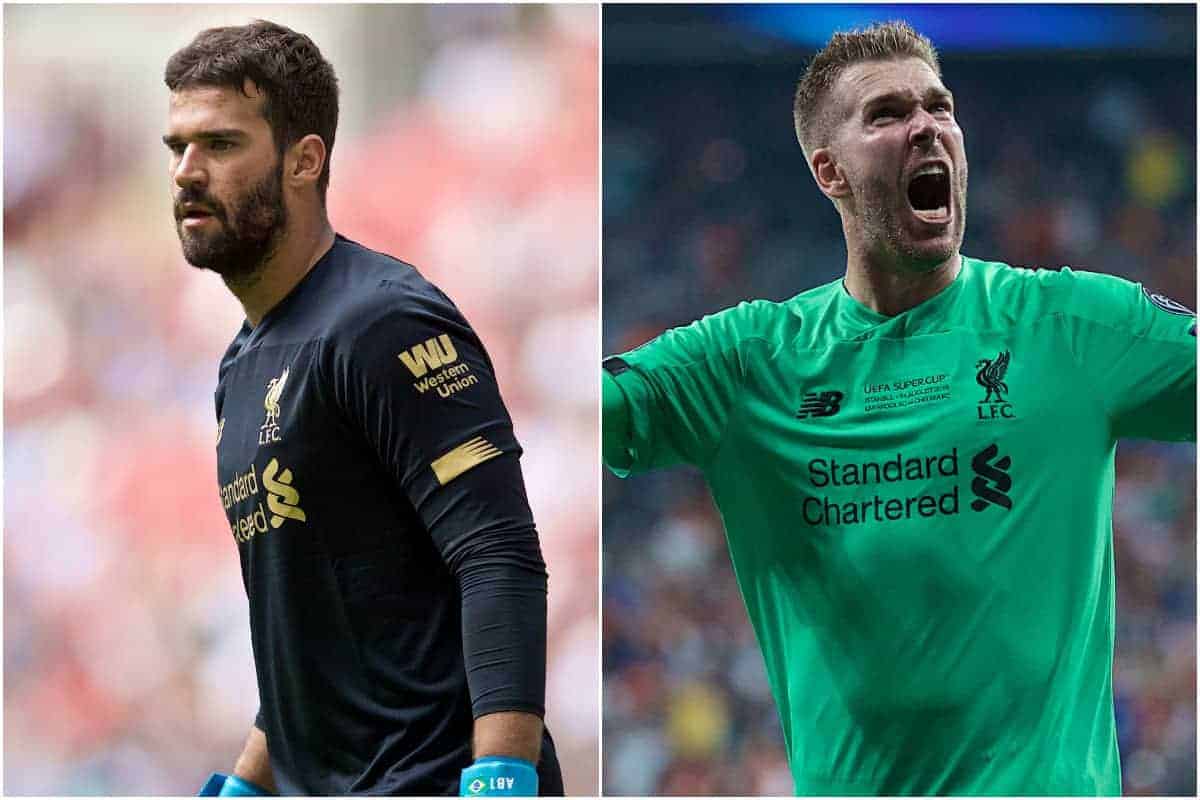 In many ways, the Reds’ campaign so far has been defined by those between the sticks.

Then with the Belgian departing for Club Brugge, Adrian was drafted in on a free transfer, with an unfortunate injury for Alisson on the opening day of the Premier League leading to the 32-year-old’s unexpected debut.

That came with Liverpool competing for the UEFA Super Cup against last season’s Europa League winners Chelsea, and ultimately he proved decisive.

Saving Tammy Abraham’s spot-kick, Adrian did what Alisson was unable to do in the Community Shield, and Jurgen Klopp‘s side have now surpassed Man United as the most successful club in England once again.

The focus will remain on the No. 1’s recovery, as his return to the side is imperative, but for now, Klopp will be planning around Adrian as his goalkeeper.

Both stoppers took to Instagram on Wednesday night, with their posts revealing more on their divergent fortunes at this early stage of 2019/20: 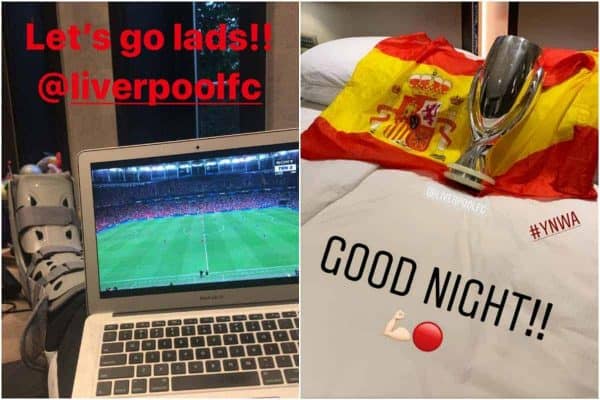 Ahead of kickoff, Alisson shared his view of the game on his laptop, with his left leg visible in the background, clad in a protective boot.

Given the Brazilian is said to have suffered just a calf injury, this sparked concern that there could be more to his layoff than widely reported—there had, after all, been suggestions of Achilles issues.

However, it is believed that the boot is merely to ensure no further damage to Alisson‘s calf, and promote a speedier recovery.

Meanwhile, hours after the shootout, Adrian posted a goodnight message, with the former West Ham goalkeeper sleeping with the Super Cup trophy—the first major honour of his career—in his bed.

The victory clearly meant a lot to Adrian, who reflected on a “crazy week” in his post-match interview, while Klopp himself praised the ‘keeper for making a big impression in the dressing room so soon after his arrival.

Virgil van Dijk‘s form in front of Alisson last term was one of the key reasons behind Liverpool’s success, but the Dutchman shared his joy as the Reds’ stand-in shone.

“[It would have been disappointing to lose two trophies], especially with penalties. So I’m very glad and very happy that Adrian saved the last one,” he told BT Sport.

“[He’s] definitely [part of the family]. He should enjoy himself. I told him before the penalties that he can be the hero tonight, so do it.

Adrian is now set to keep his place for Saturday’s league trip to Southampton, with either Kelleher or Lonergan on the bench.

At this stage, Alisson is not expected back until at least after the September international break.