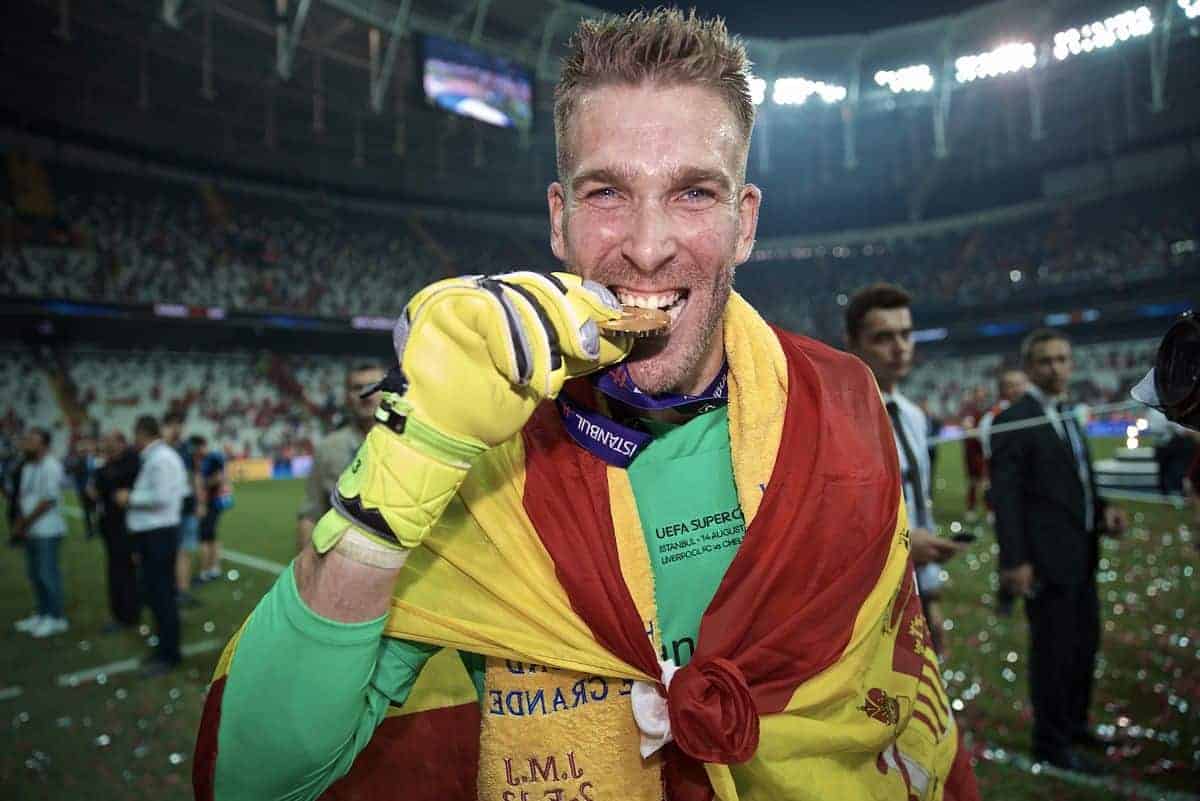 Adrian secured the UEFA Super Cup for Liverpool in Istanbul as he saved Tammy Abraham’s spot-kick, with a shootout win over Chelsea ending a “crazy week.”

The Spaniard joined the Reds in the final days of the summer transfer window, brought in on a free transfer following Simon Mignolet‘s switch to Club Brugge.

Not expected to feature heavily this season, Adrian was then thrust into the starting lineup as Alisson suffered a calf injury in the 4-1 win over Norwich on Friday which will keep him out for at least three weeks.

Therefore, the 32-year-old’s first start for Liverpool came in the UEFA Super Cup against Chelsea, which proved to be a gruelling night for the players and those watching.

After 120 minutes, the game went to penalties, and after five successful spot-kicks for the Reds and four for the Blues, Abraham stepped up for the decisive shot.

Adrian dived to his left and kept the England under-21 international’s effort out with his legs, and speaking to BT Sport after the game he reflected on his dream night.

“It was a crazy week. I’m really happy for the team to get the trophy, and I’m also really happy to play here with Liverpool.

“And really happy for the fans, they enjoyed tonight. It was a long game but in the end it was a great finish for us.”

Adrian was involved in a controversial decision from referee Stephanie Frappart earlier in the game as he was adjudged to have brought Abraham down in the box with Liverpool leading 2-1.

There was minimal contact with the striker, if any, but Jorginho was given the opportunity to level the score regardless and set up the shootout.

Asked his opinion on the penalty call, Adrian made it clear he was not convinced—but that it mattered little after the Reds’ victory.

“To be fair, I tried to stop when I saw him, but the striker is so intelligent,” he said.

“He touched me, I touched him, he was looking for that—I tried to stop, but I need to see it again.

“I told the referee I tried to stop…it doesn’t matter, in the end we got the trophy and we need to enjoy tonight.”