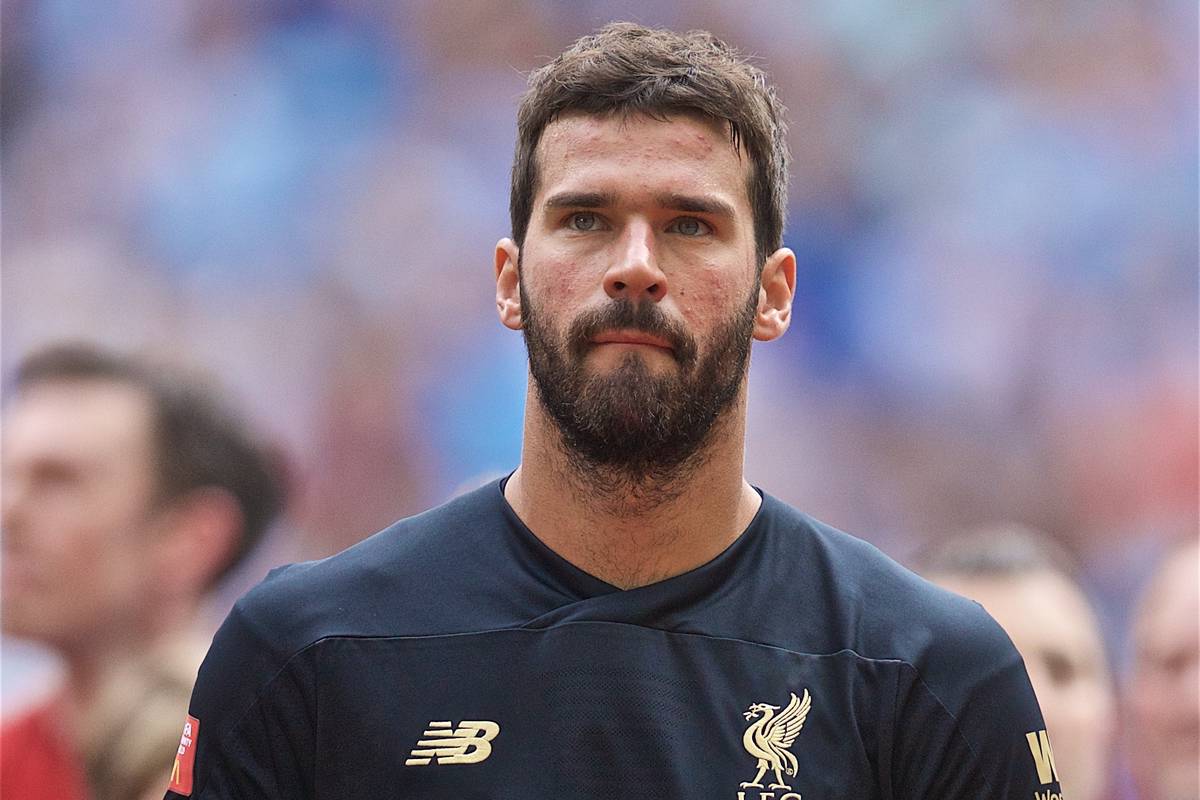 Liverpool goalkeeper Alisson is expected to be sidelined for between three and six weeks, reports on Saturday suggest.

The Reds strolled to a 4-1 win over Norwich at Anfield on Friday night, with the goalkeeper’s first-half injury the only real negative of the season opener.

His exit came after he went to ground following a kicked clearance, clearly in discomfort and holding the back of his leg.

While Adrian came on as sub to make a much earlier than expected debut, the sight of Alisson departing injured after minimal pre-season time and a busy summer with Brazil was a disheartening one for supporters.

Jurgen Klopp immediately ruled him out of the UEFA Super Cup against Chelsea after the full-time whistle, but noted that further tests would be needed to determine the severity of the injury.

And now, reporters such as the Mirror‘s David Maddock has provided an udpate on the early diagnosis – and it’s somewhat good news.

Maddock writes that the initial medical assessment on Alisson injury is a calf tear, which will be confirmed by scan on Saturday.

He adds: “That’s very good news, as rules out Achilles rupture. Grade of tear to be judged by scan, but medic’s first judgement was grade 2 – so absence of 3-6 weeks (average of a month).”

There’s an international break in early September, so the game against Chelsea on September 22 could potentially be earmarked as a return for the Reds’ No.1.

He will, though, miss the Super Cup vs. Chelsea, plus league games against Southampton, Arsenal, Burnley and Newcastle United.

Should he be out for the maximum time, he could also miss that league game vs. Chelsea, plus the Reds’ opening Champions League game.

In the meantime, Jurgen Klopp may have a decision to make on which goalkeeper is promoted to play backup.

Caoimhin Kelleher is the third choice in general terms but despite being “not injured,” in Klopp’s words, is still recovering from his summer absence due to a wrist injury.

Andy Lonergan could be signed as emergency cover on a short-term deal after training with the squad on the US tour.