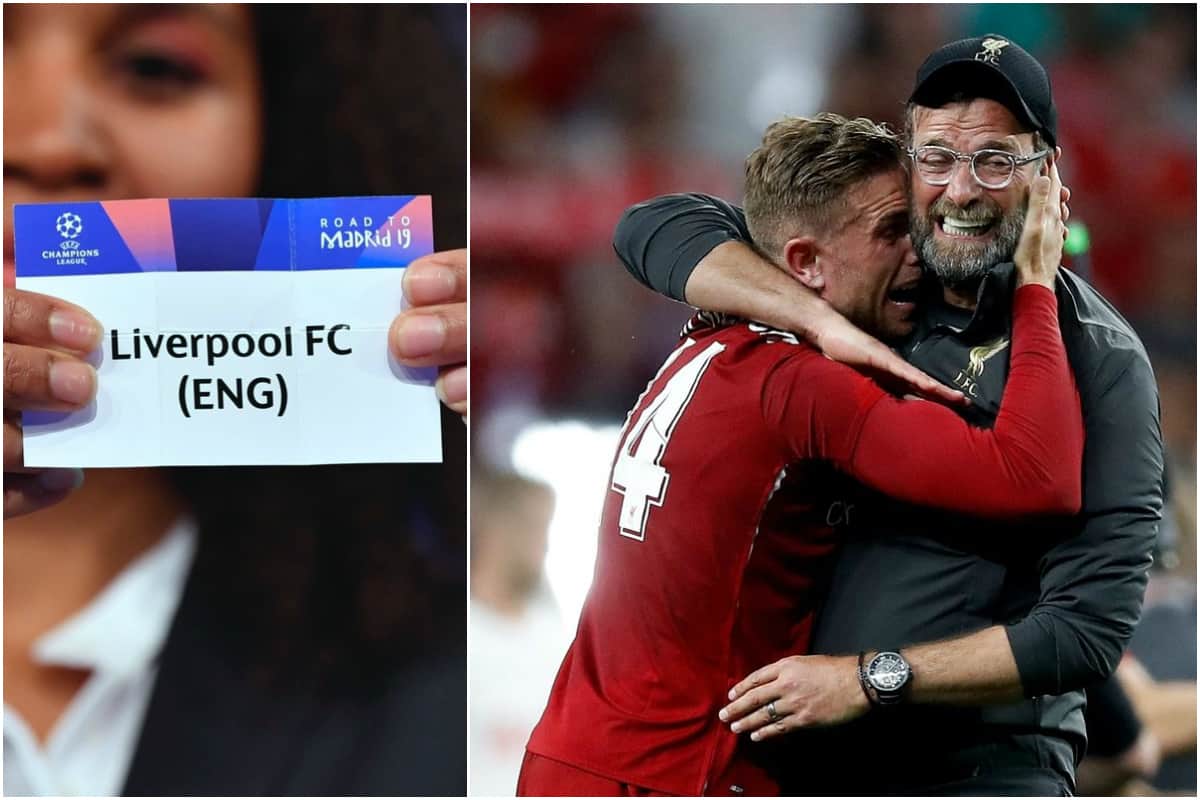 Liverpool await the draw for the Champions League group stage on Thursday evening, as they prepare to defend the European Cup.

Jurgen Klopp won the first trophy of his spell on Merseyside with a 2-0 victory over Tottenham in June, after the Reds defeated the likes of Bayern Munich, Porto and Barcelona en-route to Madrid.

They are now tasked with attempting to retain the trophy, which will no doubt be a difficult task as they head into the tournament six-time champions.

So who can Liverpool draw in the group stage of this season’s Champions League? Here’s all you need to know.

The Champions League group stage draw will be held in Monaco, beginning at 5pm (BST) on Thursday evening.

However, UEFA are likely to string the process out, so prepare to wait!

The draw will be streamed live on UEFA’s official website, as well as on BT Sport in the UK and the Republic of Ireland.

Who can Liverpool draw?

The Reds are in Pot 1 for the Champions League group stage draw, and therefore will play one side from each of Pots 2, 3 and 4.

However, no two sides from the same Football Association can be drawn against each other in the group stage.

When will the ties be held?

Despite the Reds lifting the European Cup following a 2-0 victory in Madrid, Klopp has insisted his side are not favourites to win the competition this time around.

“Manchester City are once again a favourite, they are very good,” the manager told kicker.

Liverpool are guaranteed to go all out to reach a third consecutive final and retain their title, however, and a full-throttle approach can be expected regardless of the opponents.

This Is Anfield will be providing coverage of the Champions League draw on Twitter, while you can also follow by downloading the This is Anfield app.