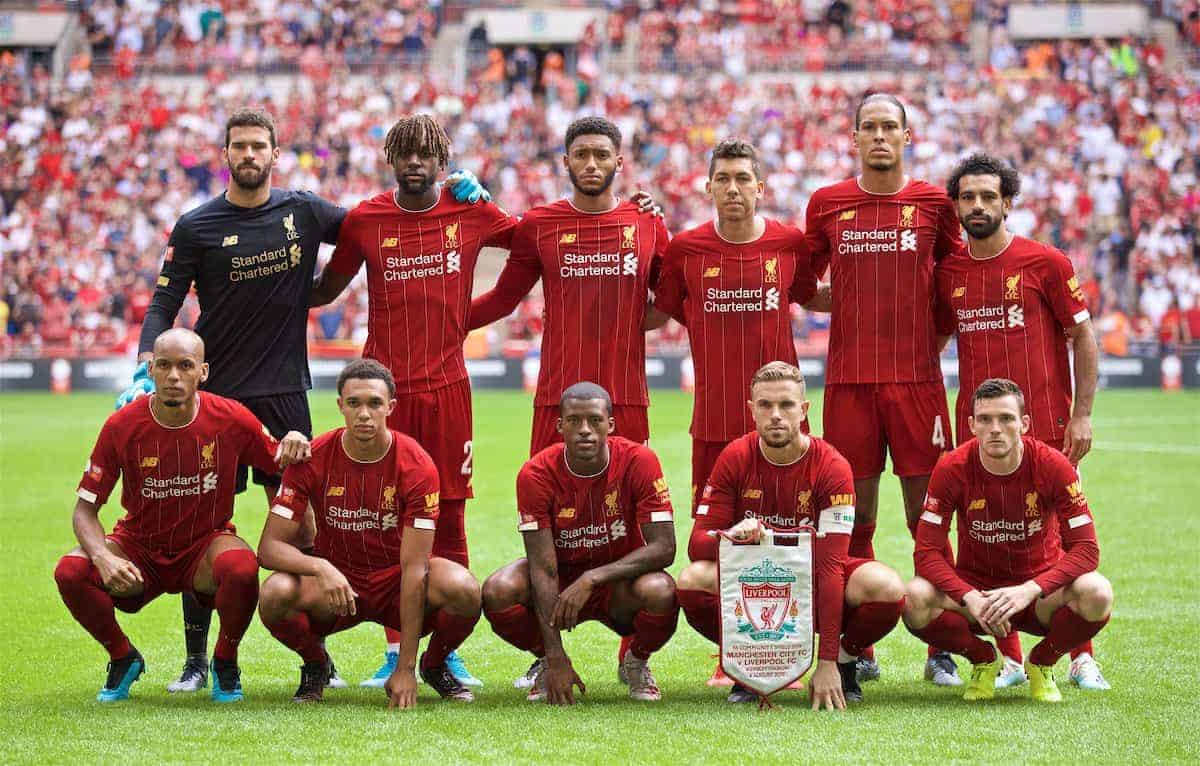 The Reds can get their hands on their first piece of silverware for the season today, in their opening game of the 2019/20 campaign.

Due to City’s domestic treble, Liverpool booked their place in the Community Shield for the first time since 2006 by virtue of their second-placed finish in the Premier League.

This sets up another meeting between title rivals, though it is likely this will be a low-key affair in north London as both sides continue preparations for next weekend.

Regardless, after a week-long training camp in Evian and a 3-1 victory over Lyon in the final friendly of the summer, Klopp has been able to name a strong side at Wembley.

Alisson starts in goal, and will be looking for a sharper start than in Geneva on Wednesday night.

Ahead of the Brazilian in defence are Trent Alexander-Arnold, Joe Gomez, Virgil van Dijk and Andy Robertson.

And though Sadio Mane is still absent, Klopp has considerable firepower in attack with Mohamed Salah, Divock Origi and Roberto Firmino all starting.

The manager is able to make six changes during the game this afternoon, and Naby Keita, Alex Oxlade-Chamberlain and Xherdan Shaqiri are among Liverpool’s substitutes.

There is no place in the 18 for any of Rhian Brewster, Harvey Elliott or Harry Wilson, which serves as another hint at an imminent departure for the latter.

James Milner misses out as a precaution due to a minor injury. 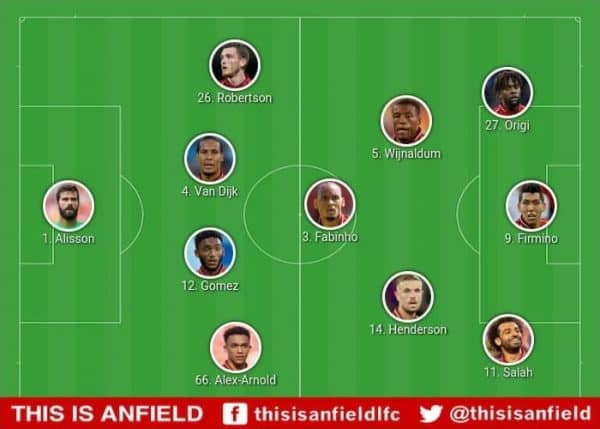