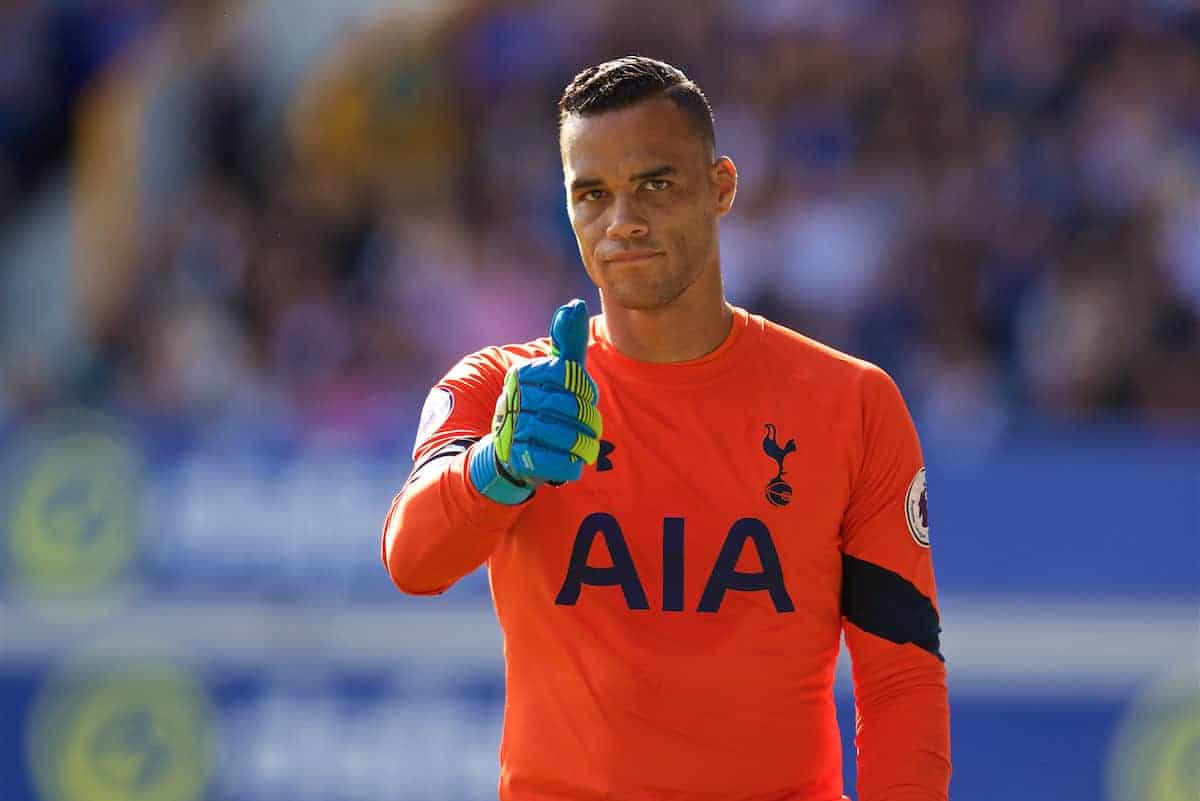 Liverpool goalkeeping coach John Achterberg has confirmed there have been discussions within the club over a move for ex-Tottenham ‘keeper Michel Vorm.

Vorm is still a free agent after being released by Spurs at the end of last season, and was one of the most popular options when considering short-term additions at Anfield.

With Alisson still sidelined, Adrian has been filling in between the sticks so far, while 35-year-old Andy Lonergan has been drafted in as an emergency backup.

But with Lonergan lacking top-level experience, and youngster Caoimhin Kelleher yet to debut, the possibility of a more proven third goalkeeper has been mooted.

According to Achterberg, speaking to Dutch outlet NOS, he and the rest of Jurgen Klopp‘s backroom staff had “discussed” the prospect of signing Vorm.

“A good third goalie at a top club is not a superfluous luxury, I have always said,” he explained.

He did add, however, that Lonergan’s record at Championship level is “not to be underestimated,” while it is “not for nothing” that Kelleher is established in the Republic of Ireland setup.

It is possible that Vorm was considered prior to the decision to sign Lonergan, but Achterberg’s “superfluous luxury” line indicates that he would come in as competition for Adrian.

This is not the first time the Dutchman has been on the Reds’ radar, of course, and they made a concerted effort to sign Vorm when he was at Swansea back in 2014.

He instead joined Spurs and remained there for five seasons, but spent his entire spell in north London as backup to Hugo Lloris, making just 47 appearances for the club.

Regardless, he is still a strong, experienced goalkeeper, proven in the Premier League, and if he were brought in he would improve Klopp’s squad considerably.