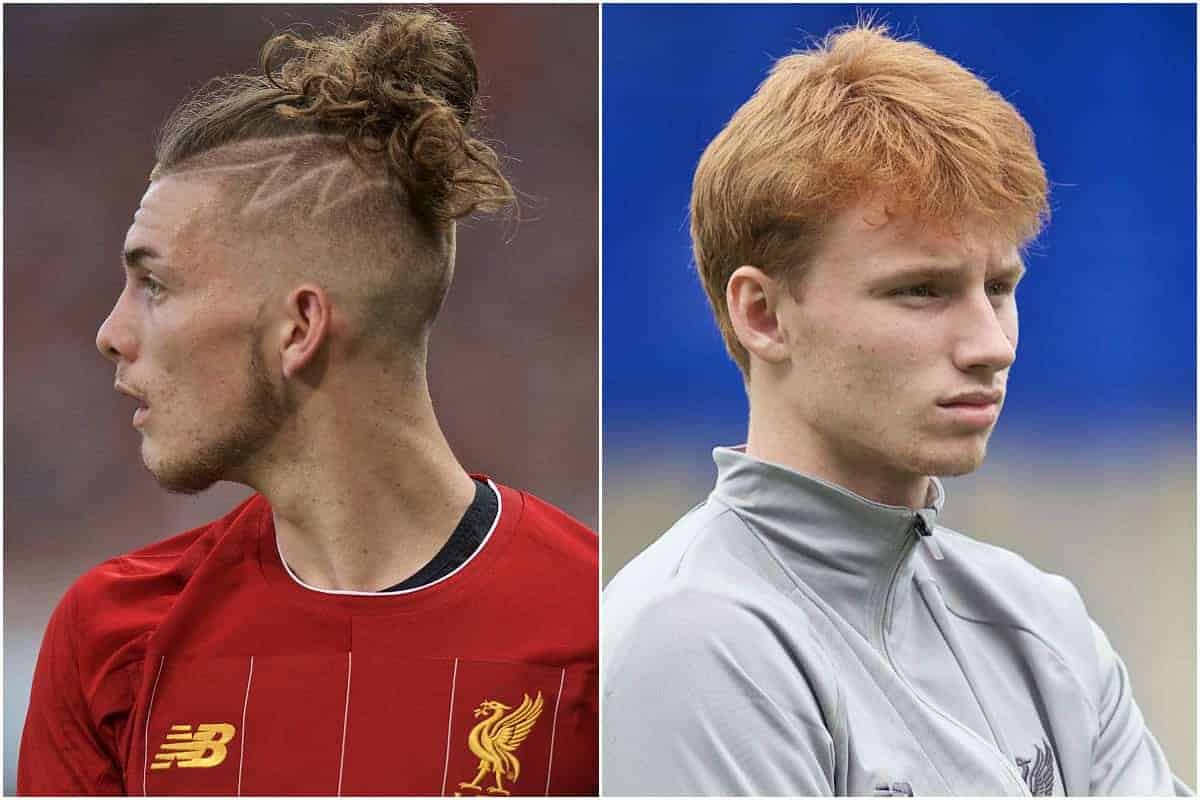 Two of Liverpool’s three signings for the summer, Harvey Elliott and Sepp van den Berg are in an adjustment period with the under-23s, with expectations low.

When Elliott and Van den Berg made the move to Merseyside from Fulham and PEC Zwolle respectively, the teenagers were believed to have been pencilled in for a first-team role.

But so far, the pair have instead turned out for Neil Critchley‘s U23s, while spending time with the senior squad in training and travelling for matchdays.

It has been a difficult start to the campaign for the young Reds, losing 4-0 to Tottenham and 3-0 to Chelsea, and this now proved a tough environment for the youngsters to find their feet.

Van den Berg has particularly struggled with the pace and physicality of the English game, while Elliott has produced some bright moments—including a goal in the under-21s’ 3-2 loss to Oldham in the EFL Trophy–but largely remained on the periphery.

Critchley has no concerns over their start to life at Liverpool, however, explaining how it is “important to remember” that they are very young, new to the club and settling into a youthful side.

“Sometimes how we judge these players is important,” he told the club’s official website.

“Harvey Elliott is only 16, Sepp van den Berg is only a year older and he can still play in our youth team.

“They are new to the club with new surroundings and new team-mates.

“We have played against two good teams I think so far at U23 level and it has been tough for them.

“I’ve got to be careful how much information I give them and when I give it to them.

“The players around them are also quite young as well, so we’ve got to keep supporting them, making sure they know what their jobs are and what their roles within the team are.”

Life as U23s manager often leaves Critchley unsure of the players at his disposal until the morning of a matchday, with some required to train with Jurgen Klopp‘s first team.

Others, meanwhile, are still the subject of speculation as the transfer window remains open, with Bobby Duncan believed to have missed out on Monday night’s clash with Southampton ahead of an impending loan move.

Critchley explained how this is another factor behind Elliott, Van den Berg and the rest of the U23s’ slow start to the season.

“As you know at U23 level, there can be changes in the team from game to game, so sometimes it’s difficult to build team cohesion,” he continued.

“But as long as we see the right application, the right attitude and the effort then we always know we’ve got something to work with.”

Supporters eager to see the duo in action for the senior side could be forced to wait at least another month, with Klopp likely to make a host of changes in the League Cup.

These first months with the U23s, however, will be crucial as they find their feet at a new club.